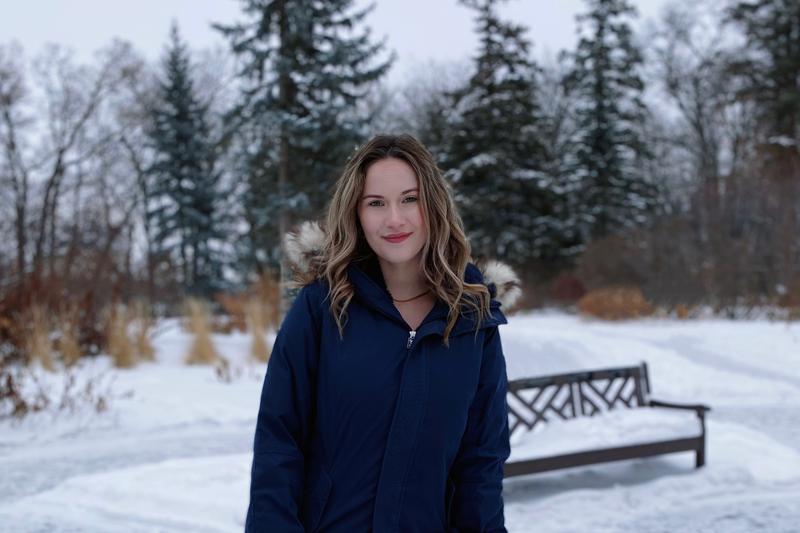 “I want to see this representation, and I want Indigenous people to be common in these roles instead of tokens.” Courtesy Julia Hutlet

Hutlet, who studies at Allard, gave the speech to some MPs and delegates as part of the national Daughters of the Vote conference this past weekend.

Daughters of the Vote is an annual summit celebrating the anniversary of federal women’s suffrage in Canada. Held every March, 338 delegates from across Canada convene in Ottawa to discuss the role of women in Canadian politics and the issues they face trying to make a difference in their communities. One delegate represents each of Canada’s 338 electoral districts.

A Métis student from the Red River Settlement near Winnipeg, Hutlet was 1 of only 35 delegates given the opportunity to speak before the entire summit, which she said was “such an honour.” She spoke to delegates and current MPs on the behalf of a severely underrepresented group of people in Canadian politics: Indigenous women.

“Females who are also BIPOC must deal with double the discrimination as BIPOC men,” said Hutlet in a statement to The Ubyssey. “Indigenous women must deal with both the stereotypes of being Indigenous and the social barriers that all women face.”

In 2016, Indigenous people represented five per cent of Canada’s population, yet only ten MPs are of Indigenous descent. Only four of those MPs are women, meaning that issues affecting Indigenous women often get less attention in Parliament.

These issues include a severe wage gap, poor socioeconomic status and threats to physical health, such as a healthcare system rife with anti-Indigenous discrimination and police neglect fuelling the Missing and Murdered Indigenous Women and Girls (MMIWG) crisis.

Hutlet wants to remedy this underrepresentation. As well as the above issues, she spoke of legitimate Indigenous inclusion in political institutions rather than an “environment of tokenism.”

“Tokenism needs to be avoided, because it puts pressure on Indigenous women to be ‘that diverse woman’ instead of feeling that they belong,” she said. “We should be making sure that there are multiple Indigenous women included in government office, so that they do not feel the effects of impostor syndrome.”

Hutlet also chaired the conference’s committee on urban, rural and northern Indigenous housing, which discussed MMIWG and the boil-water advisories that plague many Indigenous communities.

However, the conference was not perfect. According to Hutlet, there has historically been a “question period” during Daughters of the Vote where delegates can ask questions to the prime minister. The online nature of this year’s conference resulted in its cancellation.

Hutlet feels that it should be brought back so that delegates can hold Prime Minister Justin Trudeau accountable for what she considers his government’s failure to resolve boil-water advisories and federal inaction on MMIWG.

She hopes her participation in Daughters of the Vote will inspire other young Indigenous women to run for office and make their voices heard.

“I want to see this representation, and I want Indigenous people to be common in these roles instead of tokens.”