'I want to give them the same opportunities that I got': former UBC student starts GoFundMe to help siblings go to school in Canada 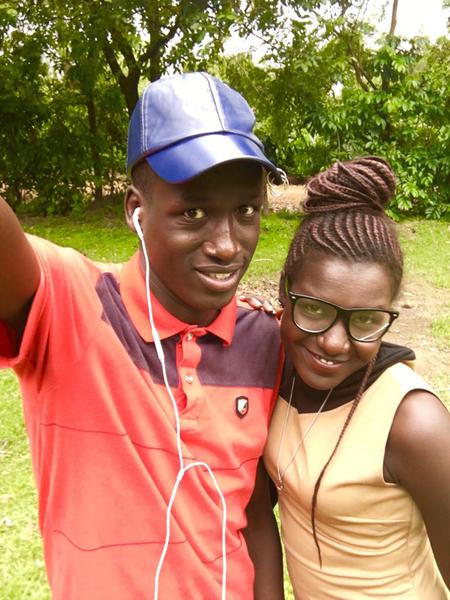 Kuol Akuechbeny, a former UBC Sauder student and AMS VP Finance, grew up in the Kakuma refugee camp in Kenya after fleeing conflict in South Sudan. With the help of scholarships, he came to Vancouver and graduated from UBC in 2019, with a Bachelors of Commerce and a minor in law and society. Now, he’s trying to help his siblings in the same way.

In June, Akuechbeny started a GoFundMe page to raise money for his sister and brother who were both accepted into Columbia College in Vancouver earlier this year, but didn’t have enough funds to pay for visa requirements and academic fees.

Akuechbeny has been serving as a parent figure for his three brothers and three sisters since their parents died during the South Sudan conflict, according to the GoFundMe page.

Akuechbeny's initial goal was to raise $49,220 by the end of the summer. Unfortunately he was unable to raise the money by August, resulting in his siblings deferring their acceptances until January next year.

“They were actually supposed to be [in Vancouver] now. But because we didn’t meet the requirements, they got deferred to next semester ... So the goal is to meet the financial requirements by the end of October,” Akuechbeny told The Ubyssey.

This would give his brother and sister around two months for their visas to be processed in order to be able to travel to Vancouver in December.

Over the past few months, donations from local charities, friends, colleagues, as well as the money that Akuechbeny saved up from his own salary, has helped raise $34,305 out of the required $49,220. Akuechbeny is currently asking for donations to raise the remaining $14,915 to help him reunite with his sister and brother.

His sister, Alom, is planning to learn more about media studies and wants to become a reporter. His brother, Maduot, is interested in the sciences. “They’re doing well and they’re still ambitious, trying to achieve their academic potential,” said Akuechbeny about his siblings. “I want to give them the same opportunities that I got.”

So far, $4,735 out of the needed $14,915 has already been raised. All of the funds from the campaign will go directly to Alom and Maduot’s visa and school fees.

“We are racing [against] time. It would be really nice for them not to miss the next [semester] so they can come [at] the end of this year,” Akuechbeny said.