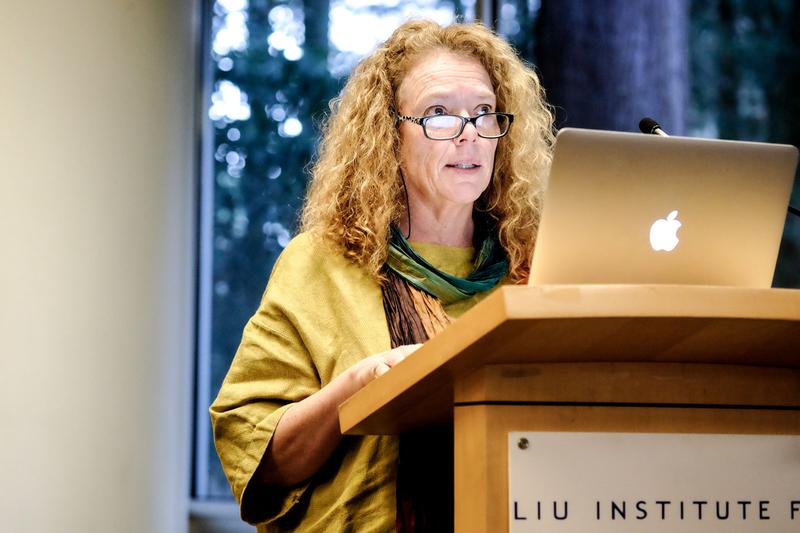 The Lind Initiative for US Studies is a program within the Liu Institute for Global Issues. The Initiative can count among its scholars some of UBC’s best political scientists, economists, jurists, journalists and environmental experts.

Many of them are thinking very hard about the implications of the recent US elections. On Friday, Dr. George Hoberg, a professor with the institute, chaired the initiative’s latest lecture, “For Real: Confronting a Trump Presidency.”

The idea of mitigation or constraint against the effects of the US presidential and congressional election was the theme of the night, with each of the four speakers coming to the podium with points about the implausibility of Trump or the US Senate being able to follow through on some of the more outlandish claims made during the campaign.

Professor Richard Price, speaking to the possibility of Trump re-instituting torture against terror suspects, answered the feasibility question very succinctly and said that “there are restraints, but the discourse is damaging all the same.”

Despite that, there was an obvious degree of apprehension and anxiety about the campaign promises that could be kept and the possible effects on Canada. There are strong restraints against certain items on Trump’s agenda and divisions of unknown depth between him and the old guard of the Republican Party.

According to professor Paul Quirk, however, “whatever the congressional GOP and Trump agree on, there will be very little in the way of.”

At times, the discussion was much more in-depth and focused on particular elements of US law and governmental structure, but there was also mention of Canada’s relationship with its southern neighbour. Professor Kathryn Harrison spoke specifically about Canadian environmental policy, drawing similarities between Canadian-US cooperation when negotiating the Kyoto protocol and George W. Bush’s refusal to ratify that treaty, and the current possibility of a US withdrawal from the Paris Agreement.

Harrison also said that Canada “has been a policy-taker on emissions standards” for cars and trucks, which opens the possibility of a North America-wide relaxing of those standards.

Both Harrison and professor Werner Antweiler were firm in their belief that a revival of coal is not viable economically, with Antweiler explaining that “markets will overturn attempts to bring back coal … wind and solar are getting inexpensive enough to survive without subsidies.” Harrison, however, cautioned that any rise in Canadian coal exports would likely be through Vancouver.

After the last presenter finished, Hoberg moderated a series of questions from students and professors in the audience.

Asked what it means to be discussing the recent US election here on UBC’s campus, Hoberg said, “I think that universities are special places for inquiry and pursuit of knowledge, and [the 2016 election] is really an attack on those values. Holding events like this is something we can do to constrain that.”