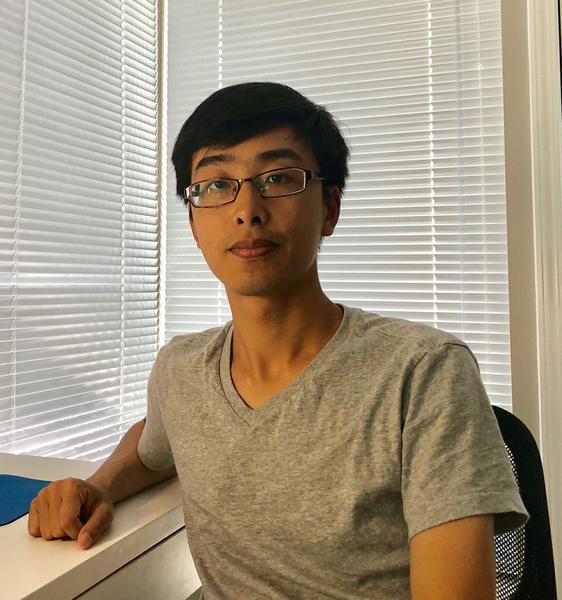 Since May 2018, Zhang has found 24 suspected re-education camps throughout Xinjiang using Google Earth Pro and Chinese government documents. According to a January report from Radio Free Asia, over 120,000 Uyghurs — a Muslim ethnic group of Turkish origin — are allegedly being held in these camps.

Zhang said he started the project after hearing about the camps, expressing horror and disbelief over their existence

“It’s like a Soviet gulag, or Nazi German concentration camps — I can’t believe this kind of thing happens in the 21st century,” he said.

“I found some camps, but these camps really don’t look like vocational skills training centres like the Chinese government calls it. It looks more like a prison — they’re heavily guarded with razor-wire everywhere.”

For instance, in his outline of a suspected camp in Kashgar Konasheher, a county in west Xinjiang, he explained that the building is a re-education camp because it is surrounded by a tall, barbed-wire fence and a number of watchtowers.

Zhang also noted the differences between re-education camps and prisons. While prisons are generally located in rural areas and surrounded by intense security, he said re-education camps have lighter security protections — such as smaller barbed-wire fences — and are usually in urban areas.

He deleted two posts after concluding that they were more likely to be prisons.

“It’s not a happy relationship”

Uyghurs have lived in Xinjiang for centuries. After the region came under the control of the People’s Republic of China (PRC) in 1949, their relations have “never been particularly good,” according to Diana Lary, history professor emerita at UBC.

“It’s not a happy relationship,” Lary said. “The Uyghurs don’t identify with China, they identify with all the other Turkic peoples right across Central Asia.”

In recent years, Uyghur separatist movements have caused the Chinese government to crackdown on security in the region under the pretext of combatting separatist and Islamist violence, including measures like the re-education camps.

“This kind of behaviour is always a sign of insecurity,” she said. “They’re suddenly frightened of their connections to Central Asia, and they used all of the anti-Muslim sentiment after 9/11 to lump the Uyghurs in with ISIS and people like that, but it’s simply not true.”

She argued that their fears of Islamist violence are ultimately unfounded.

“They’re a very different group of Muslims than are the really radical ones,” she said. “The kind of Islam that they practice would be much much closer to the sort of fairly moderate Islam that you’d see in Turkey … and I think that the Chinese propaganda people use that as a way of saying, ‘We’re dealing with wild-eyed radicals here.’”

In a blog post, Zhang explained that a major function of these schools is “cultural and racial assimilation,” comparing them to Canada’s Indian Residential School System.

“They are not free to talk”

Zhang said his project has received a mix of criticism and praise, including Uyghurs in exile that have reached out to him in support of his work.

“[They] really appreciate my effort to raise these issues because, [for] Uyghurs inside China, it’s impossible for them to carry their words out because even if they are not in the re-education camps, they are not free to talk about the situation,” he said.

He said he also has supporters in China — including a few who have given him tips — who are too afraid to openly speak about the issue.

His critics, including some Han-Chinese in China, echoed the government’s talking points about security.

“They believe what the Chinese Government is doing in Xinjiang is the right way,” Zhang said. “They believe it is the solution to Xinjiang’s so-called terrorism.”

Zhang is no stranger to controversy himself.

Earlier this year, the Chinese police contacted his parents and ordered them to tell Zhang to delete an image of the Tibetan flag he posted on Twitter, which featured the words “free Tibet” on it. He refused to delete the posts, but his Weibo accounts were deleted due to two satirical cartoons he posted on them, one of which depicting Chinese President Xi Jinping holding a package of steamed pork buns.

Zhang writes that these camps are being built “at an unprecedented pace,” as many have been been constructed only within the past few years. However, Lary believes that the Uyghurs won’t be converted in the camps.

The Chinese Consulate could not be reached for comment.

The writer of this article has no relation to former Xinjiang chairman Saifuddin Azizi.