Sessional lecturers face layoffs as ENGL 112 is phased out 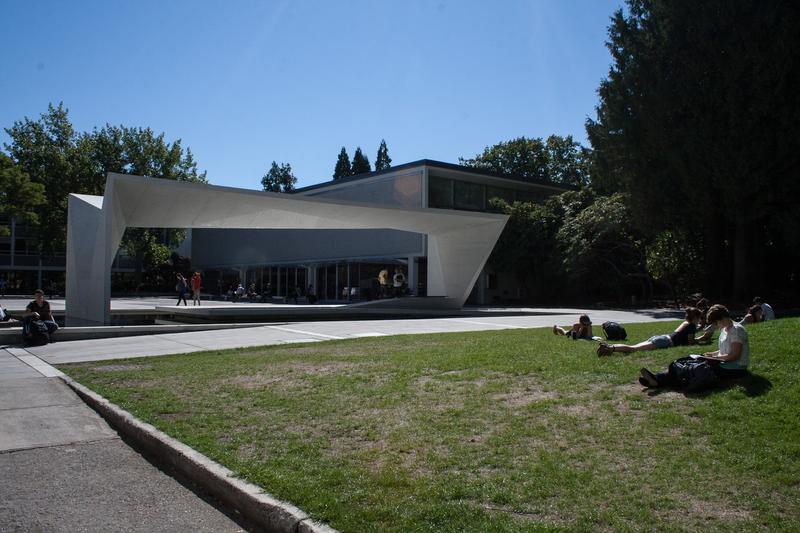 “It’s just sad that … a university that sees itself as being among the twenty best universities in the world follows the same money-centric path as all other average businesses instead of taking the lead and fighting this warped value system to create a better world.” File Kai Jacobson

As UBC transitions from ENGL 112 as a writing requirement, several sessional lecturers who taught the course will lose their jobs.

The second term of the 2019/2020 Winter session will be the last to offer ENGL 112 as UBC plans to completely replace it as an undergraduate writing requirement with WRDS 150, a course in the Arts Studies Research and Writing (ASRW) program. As a result, the sessional lecturers who taught ENGL 112 will no longer be needed.

Although the number of positions instructing WRDS 150 will increase in turn, one sessional lecturer at UBC for ENGL 112 still believes many sessional lecturers like herself will be lost in the transition. She asked to remain anonymous because she does not want to face backlash from her employer, especially while her standing is so precarious.

“When I heard that UBC had decided to get rid of us, it came as a huge shock,” she said. “I felt that I had been so focused on helping students during all those years that I had totally forgotten how disposable I was officially.”

The Ubyssey corresponded with a number of other English instructors who expressed similar concerns but declined to comment further for the same reasons.

Dr. Stefania Burk, the associate dean, academic of the faculty of arts confirmed to The Ubyssey that ENGL 112 would be completely phased out after the 2019W session.

“The writing studies program [ASRW] will offer enough sections of WRDS 150 to meet student demand,” she said. “Other faculties also offer writing and communications curricula for their students, and the writing studies program will be working with other faculties as they expand to ensure strong coverage and options for both arts and non-arts students.”

“The transition away from ENGL 112 is part of a global consideration of how we teach writing at UBC,” wrote Associate Dean of Arts, Faculty & Equity, Dr. Gillian Creese in a statement to The Ubyssey. “It is not unusual for Faculties to re-evaluate programs and program requirements.”

According to UBC, such program revaluations are enough reason to not renew the contracts of sessional lecturers, and it’s one of the few valid reasons provided in the UBC Faculty Association’s (UBCFA) collective agreement.

“The only reasons for non-renewal of appointment of a Sessional Lecturer shall be (a) teaching performance; or (b) lack of funding; or (c) discontinuance or non-scheduling of a course or section of a course; or (d) for just cause as is generally recognized at law,” reads Article 10.1 of the agreement.

The lecturer said that while the ENGL 112 layoffs may not violate collective bargaining, they still show that UBC’s financial considerations — not loyalty to faculty — are its bottom line.

“This is, of course, totally legal as well as to be expected,” said the anonymous lecturer. “It’s just sad that … a university that sees itself as being among the twenty best universities in the world follows the same money-centric path as all other average businesses instead of taking the lead and fighting this warped value system to create a better world.”

According to Article 10.6 of the collective agreement, sessional lecturers whose contracts are not renewed are guaranteed a severance package equal to “one month’s salary for each year of full-time equivalent service.”

The ENGL 112 layoffs come as the UBC Board of Governors oversees faculty renewal, appointing the Academic Renewal Working Group over the summer to develop “strategies for growing the professoriate.” Since 2006, the size of UBC’s faculty has all but flatlined while its student population has steadily increased.

The plan created by the working group will determine how UBC addresses sessional lecturers going forward. But the Board has faced backlash for making many of their meetings confidential and failing to appoint a faculty representative to the working group.

Contract faculty have still been making their voices heard in other ways. In October 2018, many instructors wrote postcards to President Santa Ono to protest against precarious employment status, high workload and low wages.

The issue was also highlighted in a May 2019 bargaining session for a new collective agreement. The bargaining document included proposals to give sessional lecturers a priority in hiring for newly created lecturer positions.

In the recent bargaining session, a proposal was made to simplify severance payments for the affected continuing lecturers. According to UBCFA, the current policy does not define which month’s salary will determine the lecturer’s severance payment.

“… parties have relied on past practice: calculating the average salary over the past academic year – and sometimes two where the amount of work has been reduced – to ensure that months of higher earnings are part of the severance calculation,” reads the UBCFA’s website.

The proposal aims to standardize the calculation to be based on “the highest month’s salary in the previous three years.”

After the previous collective agreement expired on June 30, bargaining is still underway. In a statement to The Ubyssey, UBCFA wrote that it recognizes the issue of ENGL 112 sessional lecturers facing redundancy and is working to negotiate a solution.

“We have been working for months with the Faculty of Arts and Faculty Relations to find an equitable solution that respects our members’ academic abilities and recognizes their long-standing service to the institution,” wrote UBCFA.

But the anonymous lecturer worries that a solution, if there is one, won’t come in time to save her and her colleagues’ jobs.

“People who made the decision to get rid of my colleagues and me never even bothered to find out who we were or what we had done or not done for our students and how well we had or had not taught them,” she said.

“And we all have invested tons of time and energy into our work — way more than we ever got paid for.”

— with files from Benoit Dupras