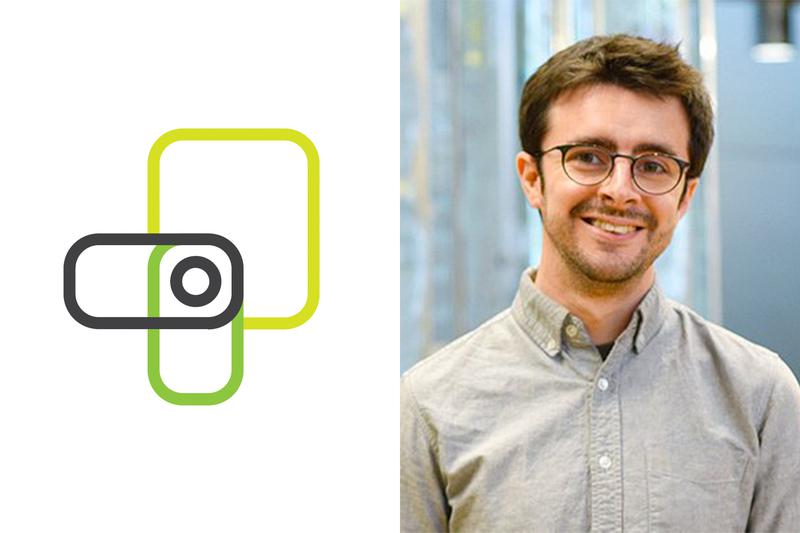 Linkletter said his team hopes to reschedule the hearing for February or March 2022. File The Ubyssey

Virtual proctoring service Proctorio sued Linkletter in September 2020 for posting “confidential” information about the software on Twitter. In October 2020, Linkletter and his legal team filed an anti-Strategic Lawsuit Against Public Participation (SLAPP) application, arguing that this lawsuit was ‘groundless,’ and a means for Proctorio to silence him. Linkletter is an active critic of Proctorio online.

The hearing, which was supposed to run from today until Friday, has been delayed due to the BC Supreme Court not being able to find a judge for the hearing.

Linkletter said the Supreme Court judge shortage in BC has led to more cases being bumped. He said he received information on how to join the hearing over Microsoft Teams last night, but there was still no judge assigned. Due to his legal team needing all four days to make their case, the hearing has been delayed again.

Linkletter said his team hopes to reschedule the hearing for February or March 2022.

The Protection of Public Participation Act hearing originally scheduled to begin today has been postponed. We were not able to get a judge assigned to our case, so it could not proceed. The hearing will be rescheduled for March 2022. I am heartbroken, but not defeated.

The Protection of Public Participation Act states that an anti-SLAPP application “must be heard as soon as practicable.” Linkletter has now been waiting over a year.

“It’s actually a little bit surprising to me that there wasn’t a judge already appointed in advance. But I definitely think that next time, this having been delayed so many times, hopefully we’ll have a judge appointed ahead of time so this won’t happen again,” Linkletter said.

Linkletter was initially supposed to have his day in court in April 2021, but that was delayed after a flurry of last-minute filings from Proctorio, eventually deemed mostly inadmissible by the BC Supreme Court. The rescheduled hearing in July was rescheduled again due to medical issues with a member of Proctorio’s legal counsel.

UBC used Proctorio throughout the pandemic, until both the Vancouver and Okanagan Senates restricted the use of the software in March 2021 after concerns of racial discrimination.

Students, faculty and staff expressed concerns about the software from April 2020 on, but UBC still extended its contract with Proctorio in January 2021.

A Freedom of Information (FOI) request filed by Erik Johnson — a Miami University student also in a legal battle with Proctorio — and shared with The Ubyssey revealed that Proctorio offered UBC a free year of service on October 23, 2020. 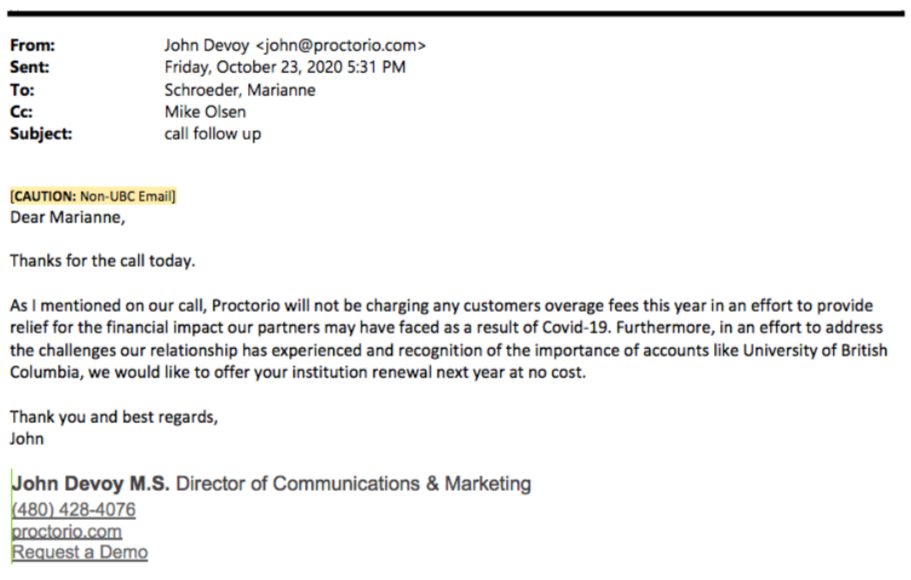 Screenshot of the FOI

“In an effort to address the challenges our relationship has experienced and recognition of the importance of accounts like University of British Columbia, we would like to offer your institution renewal next year at no cost,” wrote John Devoy of Proctorio in an email to Marianne Schroeder obtained through the FOI request.

UBC took Proctorio up on its offer. Associate Provost, Teaching and Learning Simon Bates told The Ubyssey in an October 2021 statement that “the decision to extend the contract was due to it ending partway through an academic term and whilst discussions with the UBC Vancouver and UBC Okanagan Senates were still ongoing about the use of these kinds of tools.”

According to Bates, UBC’s license with Proctorio expires in January 2022, and the university is still figuring out details around the continued use of “algorithmic online proctoring tools in compliance with the Senate motion.”

“Given the significant reduction in use as a result of the Senate motion, it is very unlikely Proctorio will be offered as a central-supported service,” Bates wrote.

As for Linkletter, he said he’s trying to brush off the third delay. “I’ve had a lot of delays already, what’s another two or three months?”

He thanked his family, lawyers, donors and students for supporting him.

“Every day with this lawsuit ... the longer it goes on the more harm it does to me and I’m just really hoping for a positive conclusion in the end.”

Proctorio declined to comment as the case is before the court.