“Living lab” housing complex going up in U Boulevard area 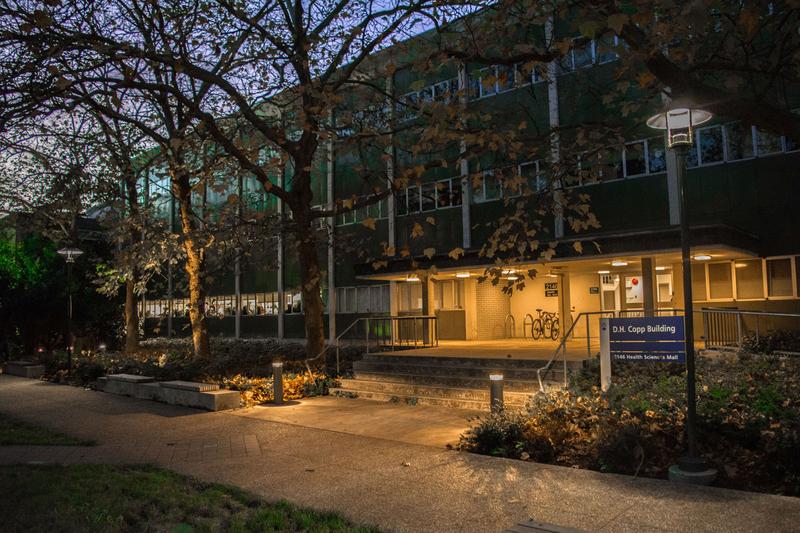 The DH Copp site will soon have housing as a living lab built on it. Photo Nadya Rahman / The Ubyssey

The question of where and how to go about building faculty staff housing is asked constantly at UBC. The university plans to address this in part by constructing a “living lab” housing complex in the University Boulevard area.

A living lab building is one in which the behaviour and operations of the building are studied by researchers. It’s not a new concept at UBC. According to John Metras, managing director of UBC Infrastructure and Development, the idea for creating housing that will act as a living lab arose from the desire to have a residential version of the Centre for Interactive Research and Sustainability building.

The first of this kind of project on campus was the Bioenergy Research and Demonstration Facility. This building “provide[s] heat for campus buildings and it's also generating electricity … we’ve got at least 12 active research projects going on in the Bioenergy Facility right now,” said Metras.

The housing slated to go up on the land currently occupied by the DH Copp building – just west of Shoppers Drug Mart on University Boulevard – will house faculty and staff and is to be rented at a 25 per cent discount off of market price according to Michael White, associate VP of campus and community planning.

The research will be wide-ranging and will study such areas as environment, sustainability, building performance and behaviour. However, the specifics of the research that will be carried out are still in the works.

The residents of the building can be part of the research initiative if they choose to be. However, ethical standards in research demand that participants in a study have the option to opt-out — no matter the time range.

“Some studies may only take a minute or two. What is necessary is the opportunity to withdraw participation,” said Laurel Evans, director of research ethics at UBC. “A life-time study would require periodic revisiting of the individual’s consent.”

The fact that residents will necessarily have the option to stop participating in the study has raised some issues with members of the UBC community who are already not on board with the development.

“As residents, they have to buy in and say that they are okay with being a part of this research project. What if years and years down the line, all residents decide they no longer want to be a part of it and it no longer actually is a living lab, but housing is already built there?” asked Jenna Omassi, AMS VP Academic. “It’s setting quite a dangerous precedent for the future.”

Metras responded that, while such a situation would be unfortunate, it wouldn’t stop the building’s research capacity.

“There are studies that potentially involve building technologies. For instance, that could be carrying on or just monitoring the ongoing performance of the building from an energy perspective,” he said. “It doesn’t necessarily have to involve the residents, but we’re hopeful studies can be undertaken that involve the residents.”

This isn’t the only concern that students have raised. According to Omassi, even though the building will be used for an academic purpose, “the AMS and GSS throughout the consultation ... have adamantly said time and time again that it is not justifiable to have housing there.”

According to Omassi, the danger is that UBC is using academic land for housing “that is justified as academic by a loophole.” By classifying the housing as a research facility, the university is able to build non-student housing on academic land.

Omassi’s predecessor, Anne Kessler, was in the AMS VP University Affairs position during consultation for the DH Copp building and shares concerns over the establishment of housing on academic land.

“There is absolutely a need to be thinking about affordability for faculty and staff and to have housing on campus … I’m not against that,” said Kessler. “[But] it’s kind of going under the table and [they’re] not being explicit about what they’re doing and not fitting within the definitions that they’ve set out.”

Neal Yonson, who runs the investigative blog UBC Insiders, also felt that the definition of a “living lab” may be being used to loosely. Even if a better, more comprehensive definition was to be developed, then “the way [Yonson sees] that playing out is they redefine [the rules] to conform to the project that they’re building … the whole thing is an exercise in changing the rules.”

These issues aside, the housing will come to fruition. White mentioned that a part of the reason for such a development is that three other sites – where Gage South, The Nest and the Alumni Centre now are – were actually intended for faculty staff housing, but were lost to those projects.

“We’re still playing catch up to the housing that we actually lost in the first place in that neighbourhood,” said White. “Those three sites were converted and were previously identified for different types of housing. We’re still playing a game of catch up because … the idea here is to have a mix of uses and housing is a key part of a vibrant area.”