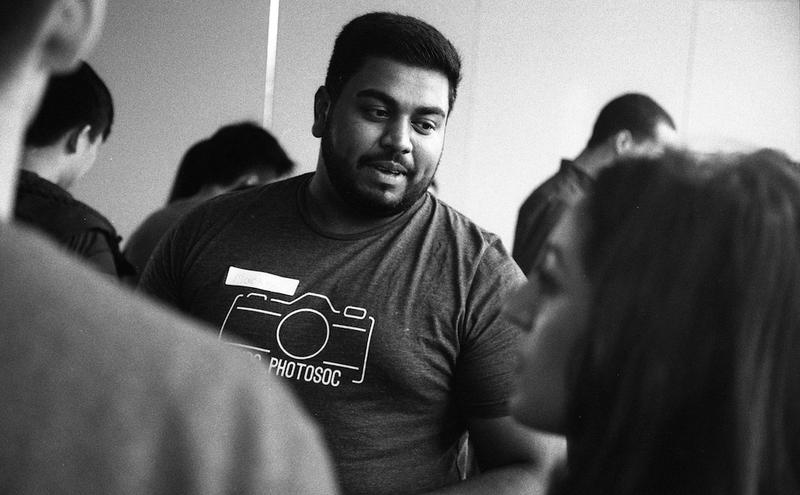 Nine days after a fatal car accident, friends are remembering 21-year-old science student Mackey Singh as a “force of nature” who seemed to know just about everyone and do just about everything.

“Walking down Main Mall, it was difficult to not run into at least five or six people he knew, and it would just be constant waving,” said Jonah Pawluk, VP external of UBC Photosociety (Photosoc) — a club that Singh was particularly involved in throughout his time at university.

“Despite that, he had this ability to make anyone feel like they are the only person that matters. He was really good at connecting with people and remembering those connections.”

Samantha Matute, another Photosoc executive, echoed this description. When asked about a memory of Singh that stood out to her, she recalled a party where they lost Singh moments after walking into it only to find him chatting with a security guard later.

“Of course, he knows every single security guard and bartender at UBC,” Matute said.

“In Vancouver,” Pawluk chimed in.

But Pawluk and Matute also stressed that Singh was more than just his approachability and “booming presence” at parties and events. They described how he was juggling around five jobs while studying for the MCAT in hope of becoming a doctor.

“He was terribly driven, he was studying hard. He wanted to become a doctor and open his own hospital. He worked all of these jobs,” said Pawluk.

“He gave 300 per cent to everything that he did — it wasn’t just about the parties.”

Besides Photosoc, Singh also worked with Party Well, AMS Events and The Calendar.

“He deeply touched the lives of all the Fam by always offering to help in any way he could. When we were struggling, he was there for us. When we threw our regular house parties, he was always the life of the party and never failed to put a huge smile on our faces,” reads a statement from Party Well.

According to Pawluk and Matute, Photosoc will be hosting a gallery in the Alumni Centre from March 20 to 22 and from March 26 to 28 in dedication to Singh. A number of his works will also be on display.

“If you tell his story to someone, he would not seem real — he doesn’t sound like a real person to anyone,” said Matute.

“He’ll be missed but remembered.”

The Vancouver Police Department is still investigating the crash.