Senate working on a policy to mandate syllabi for all courses 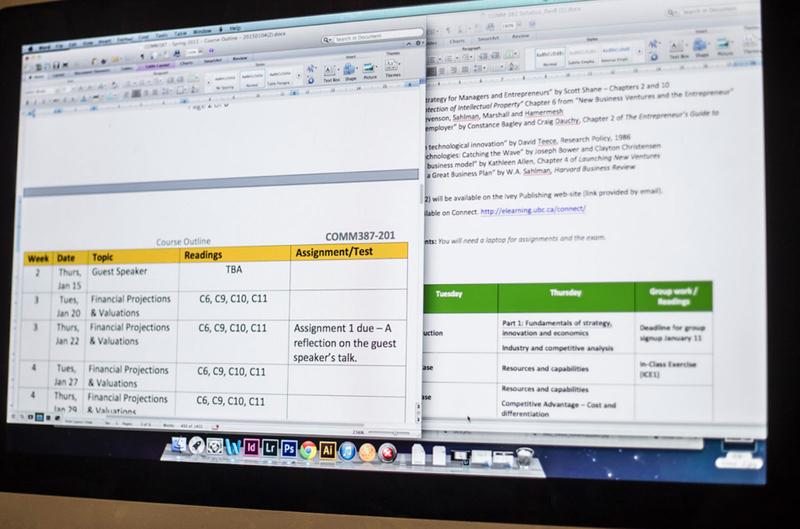 UBC’s Senate is working on a policy to mandate a syllabi for each course, and to also create some guidelines and regulations for what should be included within a course syllabus. According to the draft of the policy, it would apply to all credit-bearing courses offered at UBC, and exclude all graduate level theses and dissertations.

“There is no such policy right now,” said Paul Harrison, the associate dean of science for student services. “When a course is being created … there is a requirement there for a syllabus to be part of that proposal, [but] thereafter when a course is being offered, we have no policy that says there should be a syllabus. So that’s the primary goal — just to put it on record that we think every course should have a syllabus.”

According to Mark Bancroft, VP Academic Affairs for the EUS and member of Senate’s academic policy committee which created the proposal, it has less to do with the absence of syllabi and more to do with its quality. Bancroft noted that because there are no guidelines in regards to grading schemes, changes to course syllabi and required readings and assignments, there have been situations in the past where professors have changed the content of courses midway through or students have not known how they were being assessed.

“[It’s] led to sticky situations in the past,” said Bancroft. “Knowing what you’re signing up for, knowing what you’re paying for, that’s high on our priorities, so I think having a standard syllabi, it will be more clear to students what they’re doing and that’s where the need is.”

One thing that Bancroft hopes the policy will address is setting guidelines on how changes to syllabi can be made.

“If you sign up for a course and [the syllabus] changes midway through, past the drop deadline, there’s not really very much you can do about it,” said Bancroft. “So [this would give] a bit more protection to students.”

According to Bancroft, the Senate committee in charge of this proposal has reached out to various student groups such as the AMS and other undergraduate societies for feedback.

“The consultation process started maybe around half a month ago,” said Bancroft. “Our consultation is ramping up — we have the 175 student responses from our survey, which hasn’t closed yet.”

While the results of this consultation process are not yet available, Harrison said he has heard some opposition from faculty members.

“I think there are concerns about what a faculty member puts into a syllabus, how much of that is their own intellectual product and how much is generic information,” said Harrison. “Courses are owned by departments … but faculty members get very involved [in] offering the best course they can. They put a lot of work into it, and some may feel that their work there may be interfered with if there’s this other policy that says you have to put this kind of information forward.”

Harrison added that there have been some concerns about requiring a list of topics or learning outcomes within courses. He also noted the outcome of the policy will be greatly influenced by the feedback received.

“We’ll probably have to have a few rounds of discussion about the feedback before we are able to see what sorts of overarching messages come out of it and how we might modify the proposal,” said Harrison.

The academic policy committee will be accepting feedback until the end of the day on November 15. Feedback can be submitted via email to stephanie.oldford@ubc.ca.