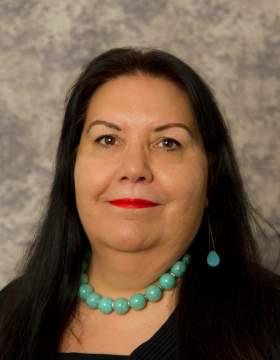 Dr. Margaret Moss, director of UBC’s First Nations House of Learning and a tenured faculty in the school of nursing and applied science, made Forbes’s inaugural 50 over 50 list last month.

“It was such a thrill. I was really surprised. I had no idea,” Moss said. “I'm just thrilled that American Indians are on [the list], like Winona Laduke.”

Moss, a member of the Mandan, Hidatsa and Arikara Nation (Three Affiliated Tribes of North Dakota), hails from an adoptive family of medical professionals. She has vast experience in medicine and health, having received her PhD from the world’s largest medical complex, University of Texas Health Science Centre

In addition, Moss has received numerous accolades, like the Fulbright Scholar Award and the Robert Wood Johnson Foundation fellowship, among others. Prior to her arrival at UBC in late 2018, she had held positions in the State Universities of New York system, as well as at the University of Minnesota, Yale and McGill.

Moss’s work focuses primarily on the health of Indigenous peoples, having recently published a nursing textbook on American Indian health that is divided into the geographical regions of the United States.

“It was 2015 and there was no nursing textbook ever on American Indian health,” she recounted. “There's nothing in the textbooks with a line or a paragraph at the end of a chapter, ‘By the way, you know, American Indians might need this or something.’”

Her interest in Indigenous health in the Canadian context piqued after she was selected as one of the ten congressional fellows to go to Ottawa and make enquiries on Canada’s health system where she worked alongside the Minister of Health.

“There's a lot of things that parallel the United States on their Indigenous issues and problems, but there are a lot of differences as well. One of the [similar] things, unfortunately, is the anti-Indigenous racism,” she said.

Moss’s research has continued during her tenure at UBC when she was tasked with investigating anti-Indigenous racism in the BC health care system along with Dr. Mary-Ellen Turpel Lafond, an Allard law professor and director of the Indian Residential School History and Dialogue Centre. Together, they published a 300-page report, titled “In Plain Sight” last November.

“Some of the things that struck me the most was that you cannot be sure, as an Indigenous person, that there's any safe harbour or safe place once you have a health problem,” she said.

“You could get anti-Indigenous racism from the paramedics, from the check-in at the clerk, from the radiology ... I'm not saying it's every time, every place, every person, but there are so many indications that there is no safe space.”

Moss hopes that making it onto the Forbes’s list will amplify Indigenous voices.

“It's so rare for American Indians to be included in anything, in any story, in panels, in the news and the media. Even when American Indian issues come up, like pipelines and various things, [American Indians] are not even on those panels,” she said.

“Just to have inclusion and recognition and remind people we're out here, that's big.”

As for those who want to be advocates for Indigenous issues especially in healthcare, Moss emphasized the importance of being informed.

“You're going to have to do a lot of reading or take some courses, whatever it is, which is why I put [the nursing textbook] out to help people. If you're a practitioner, and you thought, ‘Oh, they're all on the reservations, I don't have to worry about them,’ but they're probably in your practice and you don't know it.”