‘A human rights obligation that they have to uphold’: chair of National Inquiry into MMIWG speaks at UBC event 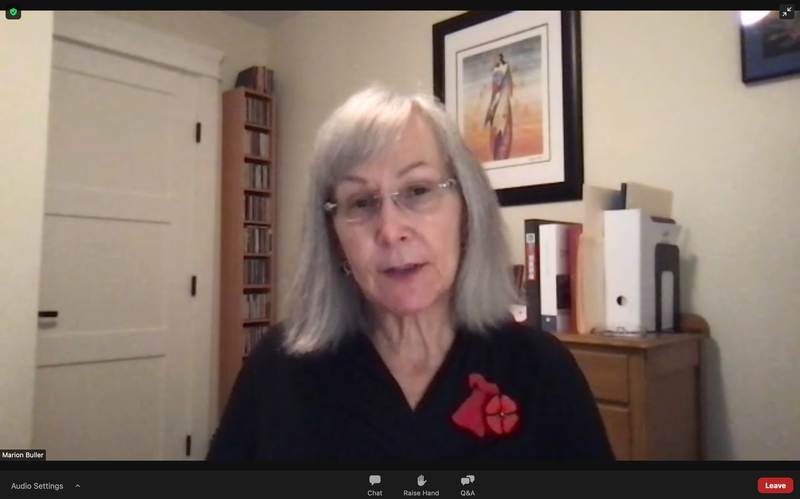 “The only way we are going to stop MMIWG and [violence against two spirit people] in Canada is to stop colonization.” Anabella McElroy

Marion Buller, chair of the National Inquiry into Missing and Murdered Indigenous Women and Girls (MMIWG), spoke about the inquiry at an event hosted by UBC’s School of Social Work Thursday night.

The event was part of the School of Social Work’s second annual Distinguished Indigenous Speaker Series.

The work of the National Inquiry was conducted from 2016 to 2019 with the goal of studying systemic violence against Indigenous women, girls and two spirit people and making recommendations to combat this violence and commemorate its victims. The final report and its supplements are available online.

The National Inquiry collected 2,400 “truths” — testimonies of those affected by violence from Indigenous communities across Canada.

Buller outlined three key themes found in these findings: that Indigenous people, especially women and two spirit people, cannot rely on the Canadian social safety net for their or their children’s well being; that Indigenous families are told their children are safer in foster care than with their own families; and that all of those affected by this violence, whether they were victims, witnesses or family members, were not afforded equal treatment.

The National Inquiry’s final report includes 231 Calls for Justice, which “capture the spirit of what [the Inquiry researchers] heard ... families and survivors said they want justice,” according to Buller. Each targets a specific audience, including governments, media, police services, corrective services and more.

Buller highlighted the importance of taking a rights-based approach when implementing the Calls for Justice. This means considering Indigenous rights as a legal imperative rather than a government service.

”This isn’t a service that the government is giving out of goodness or goodwill. This is a human rights obligation that they have to uphold,” she said of safe housing for Indigenous people.

Buller also said a decolonizing approach must be taken when implementing the Calls for Justice. To her, this includes acknowledging Indigenous self-determination while also bringing in Indigenous voices to all spaces.

Buller repeated the importance of self-determination for Indigenous peoples when discussing potential reforms of the foster care system — which she said is an industry that unnecessarily takes away Indigenous children from their families and culture.

“We’ve got to move child welfare back where it belongs, and that’s to Indigenous communities.”

Finally, Buller summarized the Calls for Justice addressed to all Canadians. She suggested Canadians strengthen their allyship by speaking out against violence and all forms of bigotry, as well as supporting others who speak out.

She also encouraged Canadians to decolonize themselves through education about the true history of Canada as well as varied Indigenous perspectives.

“The only way we are going to stop MMIWG and [violence against two spirit people] in Canada is to stop colonization.”