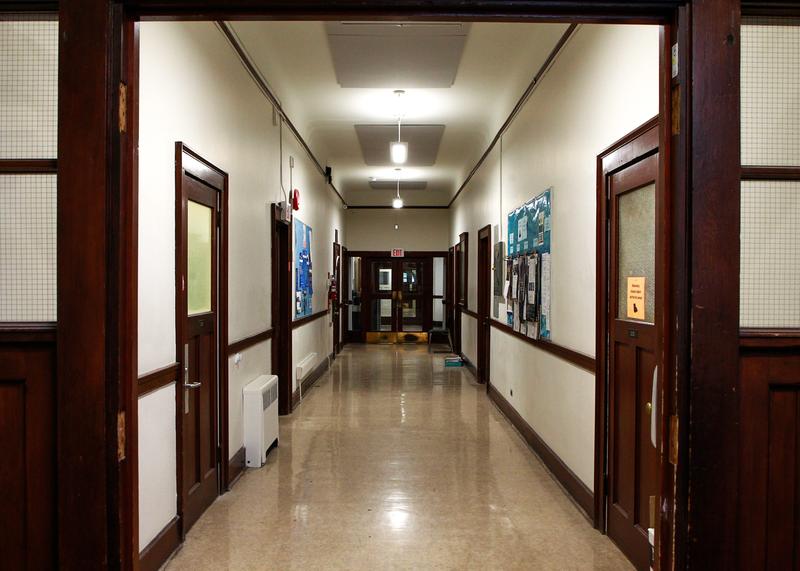 According to Loewen, the math building’s small size means many classes are taught in other locations across campus. Elizabeth Wang

UBC’s mathematics department is facing a critical shortage of space as its building is unable to accommodate its students or meet the needs of faculty.

A recent external review highlights the space constraints in the mathematics department, stressing the need for a new building. The report identified three “urgent issues” prevalent in the math department: a lack of resources, inadequate physical infrastructure and a shortage of classroom space.

Department Head Dr. Philip Loewen says the “shabby” state of the math building isn’t “commensurate and compatible” with the prestigious international ranking of the department.

“In the subject-specific rankings, the UBC math department is in the top 30 in the world,” he stated. “This is a really powerful source of mathematical knowledge and leadership, and you can’t tell by looking.”

A matter of numbers

Loewen said the new building would be intended to mostly meet the department’s academic needs.

“I think our teaching could be more powerful if we had better classrooms and a little more geographical concentration,” he said. According to Loewen, the math building’s small size means many classes are taught in other locations across campus.

This not only affects undergraduate students, who have to travel further to reach different classes, but also graduate students and faculty whose offices and study spaces are distributed widely across campus.

“That creates a little bit of isolation,” said Loewen, “and reduces the crazy little chance-meetings and interactions, that turn out often to stimulate research collaboration.”

A new math building would expand the existing amount of seats open in classrooms for students, which the Senate review also underlined as an important issue.

According to Loewen, many of the classrooms in the math buildings are too small to even accommodate section sizes, which is one of the reasons why multiple classes are delivered in other buildings.

Loewen says talks about a new mathematics building have been in motion for decades. Even in the last external review — completed in 2011 — the construction of a new building was flagged as a high, urgent priority.

According to UBC Managing Director at Infrastructure Development Jennifer Sanguinetti, new projects are prioritized according to the “strategic value and operational benefit” of the proposed building.

She believes that the math department has “very compelling reasons” for the construction of a new building, but there is currently no timeline for its actual construction. She said a building of this scale would likely take three to four years to design and build.

All about the money

Despite the long delay in securing a new building, Loewen acknowledged that there seems to be progress. The building was recently given “Executive 1” priority, meaning they now have approval to start formally planning the new building and looking for a site.

But funding remains a challenge.

Loewen says the estimated cost of a new building would be as high as $100 million. The construction of new buildings are often partially financed by donors to offset the high cost of the project.

According to Sanguinetti, how fast the project moves forward depends a lot on how individual faculties or departments champion its funding.

“When you look at the academic buildings being built, it’s happening because of the championing at the level of the individual faculties or departments, who have decided that that’s their priority,” she said. “And they focus their development efforts in terms of fundraising.”

But Loewen says UBC shouldn’t have to wait for a donor to provide vital infrastructure.

“It’s well known that in order to get a new building constructed on campus, a great step forward that will make anything happen is for some donor to show up with $30 million,” he said.

“What we’d really like is for the university to recognize that mathematics is a fundamentally important core academic discipline ... and even if we can’t get somebody from the private sector to bankroll it, it’s a worthwhile use of the university’s budget."

The article has been updated to correct Jennifer Sanguinetti’s name. The Ubyssey regrets this error.