Nearly all UBC math textbooks are available online for free 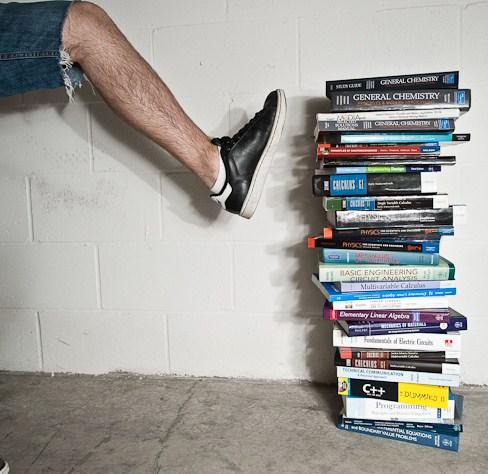 UBC’s math department has been bringing their courses into the digital age by making the majority of course materials available online for free. The resources put online are a mixture of digital textbooks, homework software and open educational resources, which are on the rise at UBC.

“Some of our online resources are open access in the sense that we have ample course notes that replace textbooks in a number of our courses. We’ve been working on all of our first-year courses over the years to do that,” said Dr. Mark Mac Lean, a math professor and president of the UBC faculty association. “It’s one thing if it’s a specialized course, it’s another thing if it’s calculus where there are dozens and dozens of effectively equivalent books.”

However, having faculty take the leap from textbooks to online course notes has its challenges.

“There’s always a trade-off if people are thinking of authoring their own work for the sake of a course or otherwise. You get some money out of authoring these books, but honestly, not a lot,” said Cytrynbaum. “When people replace number of sales by the number of universities that have adopted use of these things or the number of students that have used it, I think we’ll get measures for the impact of these type of publications that are just as meaningful and the distrust of these types of online numbers will disappear.”

The shift may also have some downsides for students.

“I think when you have a set of notes, they are more limited than a big textbook. It’s a much more slimmed down version of the explanation,” said Mac Lean. “For many students, that’s great — sort of clearer and to the point. For other students, they want to see more examples. They want to maybe have something that goes into some more depth in a different way.”

Alongside the digital course notes, most math courses utilize the online homework system WebWork, which is maintained by UBC’s Centre for Teaching and Learning Technology.

“Students are assigned homework on it and they login with their CWL, but it costs them nothing and it costs the university the upkeep of such a system,” said Mac Lean.

Despite the positive premise, Mac Lean admits that the system can be unforgiving and that “some people grumble about it.”

“I found that the online homework that we used to do always had problems with accepting answers, and it was really hard to know if you were plugging in the wrong answer or if the computer was wrong,” said Elizabeth Garvie, a second-year computer science and physics student.

Garvie also found the large 200–300 page PDF documents of course notes difficult to navigate, but still preferable to a $200 textbook.

“It’s possible that that’s a problem with an informal textbook that hasn’t been reviewed as much and doesn’t have as slick a presentation, but I don’t think so,” said Cytrynbaum. “I think the issue is more to do with students skills at reading technical material.”

Leah Fischer, a second-year math student, is very enthusiastic about the online resources and happy that the department is embracing the digital age.

“This semester, all of my profs have all of their resources online — I don’t have to buy one textbook,” said Fischer. “My back isn’t breaking as I’m walking to class and it’s also much more liberating because you feel like you aren’t spending an excessive amount of money on a course.”