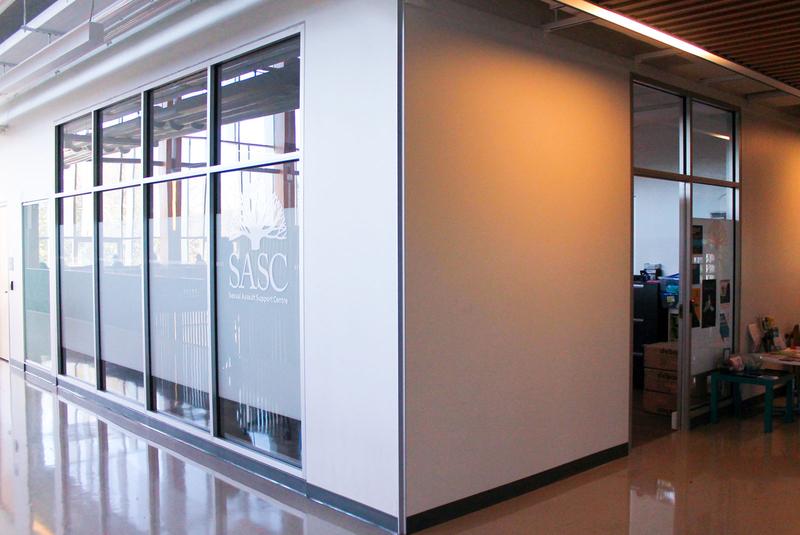 A discussion hosted by the AMS Sexual Assault Support Centre (SASC) on March 8 turned into a debate when a handful of Free Speech Club (FSC) members crashed the event, challenging the moderators’ views on men’s health.

The discussion, hosted as part of the centre’s Healthier Masculinities program, aimed to “explore representations of masculinity in the media and how these images might influence the ways we express and identify with gender.”

Facilitators say the event was “derailed” after FSC members monopolized the conversation in the latter half of the event, dragging the discussion off topic and preventing the organizers from completing their presentation.

“They had come to derail the conversation, that was pretty obvious,” said volunteer Arshiya Malik. “It was easy to tell who was from the FSC because they would bring up natural gender roles and primitive arguments that were sort of demeaning.

“They wanted to prove we were all neoliberals, or something.”

Noah Alter, one of the FSC members present, said that he and his peers came to “see what the club was about,” but were disappointed with its approach to men’s health.

“I've talked to male friends of mine, I’ve asked if they’re interested in men’s health or male advocacy groups and they’ve said ‘yes,’ but they largely feel uncomfortable with going through a feminist perspective,” said Alter.

He and his colleagues expressed concern that all three discussion facilitators were female, which the SASC said was because several male volunteers had fallen ill or been unable to attend.

Alter advocated for a “traditional men’s advocacy organization,” criticizing Healthier Masculinities’ view that aspects of masculinity can be “toxic” or problematic. Last year, many FSC members vocally supported the formation of the men’s rights club, which was rejected by the AMS because its mandate was deemed too similar to Healthier Masculinities.

“The problem is that a lot of men today are emasculated,” said Alter. “... Not because there’s an expected masculine role that they should fill but more so because they want to fit into a masculine role, but society doesn’t let them.”

While the FSC members maintained they came in good faith, SASC volunteers said they had no interest in taking part in the discussion topic.

“They came with the intention of proving that we shouldn’t have this club and that they should have their own male advocacy group,” said SASC volunteer Sarrah Putwa.

The day before the event, a post on the FSC’s Facebook group gained attention after club President Jordan Schroeder said that the group had been invited to attend by a member of SASC.

But while members treated this as an opportunity to debate, SASC said they never invited the FSC.

“One of my friends decided to send out an invitation to the FSC,” said Putwa. “He had suggested that maybe they might be interested because he thought it was debate format — which it wasn’t.”

SASC confirmed that the person who sent the invitation to Schroeder was not a member of its organization.

Healthier Masculinities Coordinator Cormac O’Dwyer said that after getting wind of the FSC’s interest — and witnessing a comment section where members were advocating for crashing the talk with signs and chants — he considered cancelling the event altogether.

“I was concerned because the FSC had put up a male symbol on the Cairn on the anniversary of the Polytechnique shooting — that feels pretty violent towards women,” he said.

“It’s a priority for SASC that everyone feels safe when they show up.”

While O’Dwyer stressed that the SASC events were open to everyone, attendees should be willing to engage in the conversation presented.

“I’m glad some folks who were interested came up,” he said. “But it seems like they weren’t wanting to have the same conversation we were having.”