Midterm Review: Max Holmes and Jeanie Malone, Board of Governors 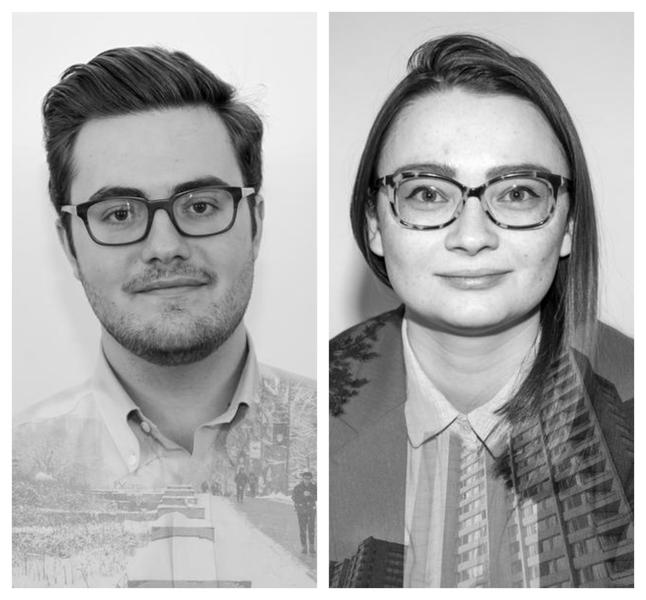 Looking ahead, Policy 131 — the university’s standalone sexual violence policy — is up for review next year, but the Board received a draft policy update at the December 2019 meeting. File Elizabeth Wang

Halfway through their term, Vancouver student Board of Governors (BoG) representatives Jeanie Malone and Max Holmes are making steady progress.

Malone, a biomedical engineering PhD candidate, is serving her third term on the Board. Holmes — who is a fourth-year arts student, a former AMS VP academic and university affairs and a student senate caucus co-chair — is on his first term.

Malone, who ran with a focus on equity and affordability, has worked alongside Holmes whose platform included increased support for sexual violence survivors, a focus on divesting UBC funds and greater transparency.

Together, the pair have fought for tuition affordability, addressed food insecurity and pushed for the Stadium neighbourhood.

“That’s something that you see throughout all of the different things that we’ve worked on,” said Malone in reference to affordability, “whether it’s, you know, food insecurity, affordability, graduate student stipends [and] the academic renewal initiative that's happening.”

The pair also mentioned efforts in regard to the Truth and Reconciliation Commission Action Plan, as well as the inclusion action plan and the sustainability action plan.

Malone noted a strong shift towards better transparency, with a new addition of publicly available PowerPoints, despite another proposed motion to ban recordings of the meetings by anyone other than the Board secretary.

“I am shocked with the material that we received for this cycle,” said Malone, who attributed some of these unexpected motions to a turnover in the Board secretary position.

This controversial motion was struck down in the last BoG meeting where it was decided that meetings would be recorded by the Board to help prevent false or misinformation from circulating.

Looking ahead, Policy 131 — the university’s standalone sexual violence policy — is up for review next year, but the Board received a draft policy update at the December 2019 meeting.

The pair are also keeping their eye on the Government Business Enterprise — a separate trust that allows UBC to build student housing at an accelerated rate by circumventing caps of provincial borrowing — but have yet to receive funding from the government. Once receiving the funding, they will be looking to create strict priorities for where the extra funding will go.

“As with a lot of things like on our platforms, we don’t always control necessarily timelines,” said Holmes.

With a recent decision to divest university funds, Holmes hopes a full review of all funds, even those outside the divested fun will occur.

Holmes attributes a change of perspective as his greatest challenge in his switch from the AMS to the Board. He told the Ubyssey that he is now acting on behalf of the university and very much has to keep their best interests in mind.

He is working on building relationships with the AMS to help combat the at-times antagonistic relationship.

For Malone, she has focused on organization and consistency.

Last year, the student governors began a working implementation document in an attempt to keep track of their goals and progress reports. This year, the pair created a more expansive version which has aided in keeping things on track, according to her.