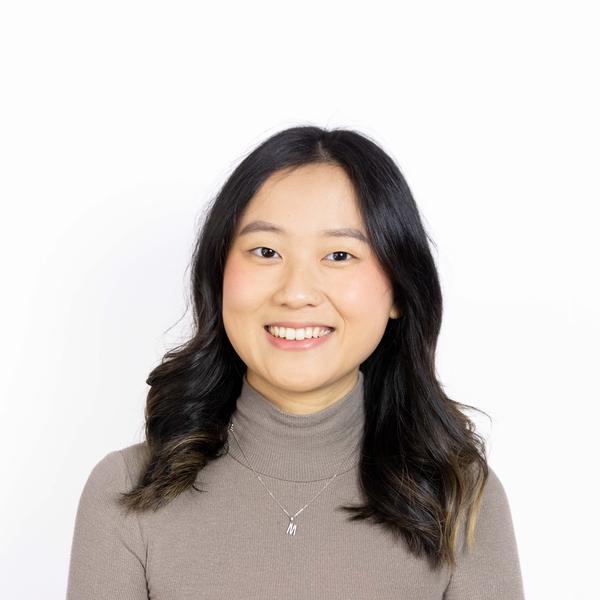 “There's definitely been some goals that I focused on more in the past couple months, and some goals have changed as well.” Isabella Falsetti

AMS VP Finance Mary Gan entered office hoping to make mental health support more affordable, to ease the relationship between club treasurers and the AMS and to increase student awareness of the AMS and its operations.

Though she remains committed to some of these goals, Gan has had to restructure her priorities as she has settled into her role as VP finance. As Gan herself admitted, “There's definitely been some goals that I focused on more in the past couple months, and some goals have changed as well.”

As November winds down and the end of the fall term approaches, this is what Gan has been up to, as well as what she has yet to accomplish.

Gan initially campaigned on creating a mental health subsidy with last year’s $2 million surplus from the AMS/GSS Health and Dental Plan. However, according to Gan, her team has been hesitant to implement the subsidy without consulting students first.

“We haven't really pushed the mental health policy forward yet because we want to see what kind of area of the health and dental plans students want to improve on the most,” said Gan.

Gan said the AMS will be launching a student engagement survey this month to determine how it will move forward with the dental and health services.

In lieu of the mental health subsidy she campaigned on, Gan and the AMS/GSS Extended Health and Dental Plan Committee increased the dental and health subsidy amount from $50,000 to $100,000.

One tangible advance Gan has made on the communications front is to establish a Canvas course for club treasurers.

This course’s purpose is to facilitate interaction between clubs and the AMS by compiling the documents required by club treasurers into one accessible place. It also serves as an orientation resource for treasurers. In years prior, treasurers received little more than a brief 40-minute orientation once a year.

“Having everything in a Canvas course was long needed ... Just updating the AMS website, where things are found in ten million different places, hasn't really been the most efficient way.”

Gan acknowledged that she hasn’t achieved her goal to explain the AMS’s budget to students, stating that such communication is “something that I'll focus on for the later half of my term.”

While in the past Gan has proposed creating videos to explain the budget to students, she has since walked back on that proposal, opting instead for a report to be released in the spring.

The AMS also continues, as it has in years past, to struggle with reimbursement requests from clubs. Currently, AMS Council is considering a financial system overhaul in order to optimize its financial operations.

Review of AMS funds and fees

Gan is pressing for a comprehensive review of the AMS’s funds and fees.

She made it clear that the elimination of fees would not occur without consultation with affected groups.

“In terms of strategy, we're first looking at which funds are really underutilized or just have a really large balance and go from there. If it's correlated to a group, then we're starting to consult with the respective groups.”

Gan’s emphasis is not on the evaluation of the value of funds and fees per se, but rather on balancing funds where and if they went over-collected and/or underspent.

“We're taking a look at the balances of all the funds, because if there are so many unspent funds, then it doesn't make as much sense to keep on collecting such a high fee,” stated Gan.

Gan said she is planning a referendum question for the spring AMS Election season to get student approval of fee eliminations.