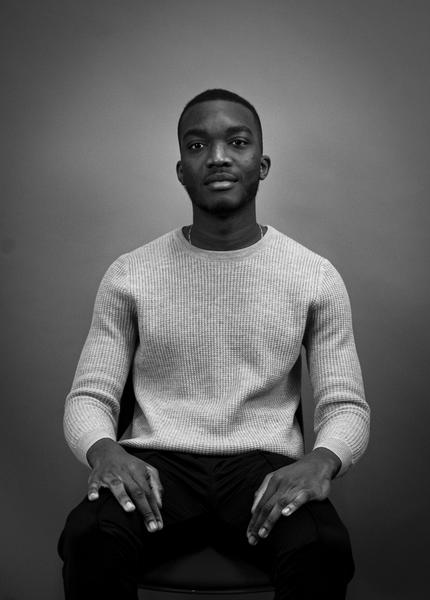 Seven months into his term, Mensah has handled the brunt of shifting AMS engagement online through orientation events and through the Hatch Gallery — but he’s put other plans like club workshops on the backburner.

Mensah oversaw the launch of CampusBase, the replacement to the Clubhouse club management system.

While the platform saw a large number of visitors for the online Imagine Day event, Mensah said he’s monitoring the system after two privacy breaches.

In November, a student found that a vulnerability allowed users to log in as any student and see their profile. This came after an August incident where a search feature revealed students’ email addresses and student numbers.

These bugs were quickly fixed, but the AMS has yet to fulfill its repeated promises to release its privacy assessment conducted before CampusBase launched. However, the AMS has published an executive statement outlining the incidents, saying that the relationship with the company behind CampusBase would continue.

One of Mensah’s campaign promises was giving marketing workshops to clubs, but this is still a work in progress. Mensah said the workshops would launch between January and March.

He had planned a workshop for November, but postponed it due to COVID-19.

“We did realize that it was not in the best interest of our society to continue with this given the increased challenges being faced by students pertaining to the pandemic, with cases continuously surging as we speak, as well as the pressures being faced with online school and finals coming up soon,” said Mensah.

He plans to adjust by implementing long-term training resources and programs for clubs. Next semester, he wants to launch a Canvas training module that will provide a guide to AMS policy for students.

Mensah promised to increase the relevance of the Hatch by transitioning exhibitions and art collections online. With three exhibitions having already taken place on the new website, the Hatch Art Gallery has established a digital presence.

“We do have a new Hatch Art Gallery website, which is far more advanced from whatever it originally was as a Tumblr template,” said Mensah.

Mensah has worked with various faculties since September to include more student engagement through course curricula by next semester.

Since September, Mensah has engaged in outreach to various faculties, such as visual arts and art history, about translating work through art and has proposed plans for the gallery to include more student engagement through course curriculum by next semester.

Earlier this term, the AMS proposed the Eastside Furniture Project to add power outlets and new furniture at the east side of the Nest. One of Mensah’s goals was to increase the building’s usability, and he said this is slated for completion in 2021.

Mensah had planned to diversify Nest food options by adding a rotating menu at Iwana Taco. However, due to reduced traffic, Mensah said it was not feasible to do in term one — he’s planning for it to be operational by next term.

Sustainability was part of Mensah’s goals, including monthly symposiums and increased communication regarding the AMS Sustainable Action Plan (ASAP).

He’s held two sustainability symposiums so far, with another planned for December.

While both parties said they have an improved relationship, the section has been incomplete for seven months. However, Mensah says the Indigenous coordination section of ASAP is well underway, but did not provide a timeline.

“Since getting into this role, our team has made it an effort to engage with [the] Indigenous Committee on all aspects,” Mensah said, referring to how they have continued conversations concerning the eventual completion of the section.

“As of now, our AMS sustainability team is using UBC’s Indigenous Strategic Plan as a guide to help create actionable items that AMS can incorporate and implement for the various Indigenous students [part of the] community as well as the Musqueam community.”

As a fraternity member, Mensah faced concerns about a conflict of interest if he were involved in negotiations for the AMS’s memorandum of understanding with the Interfraternity Council (IFC) after it was deconstituted from the AMS.

Mensah stated there are no negotiations ongoing between the AMS and IFC.

“Those conversations ended way before by term,” Mensah said “There is no room for conflict of interest. I will not be overseeing the IFC as an AMS subsidiary because they are no longer an AMS subsidiary.”