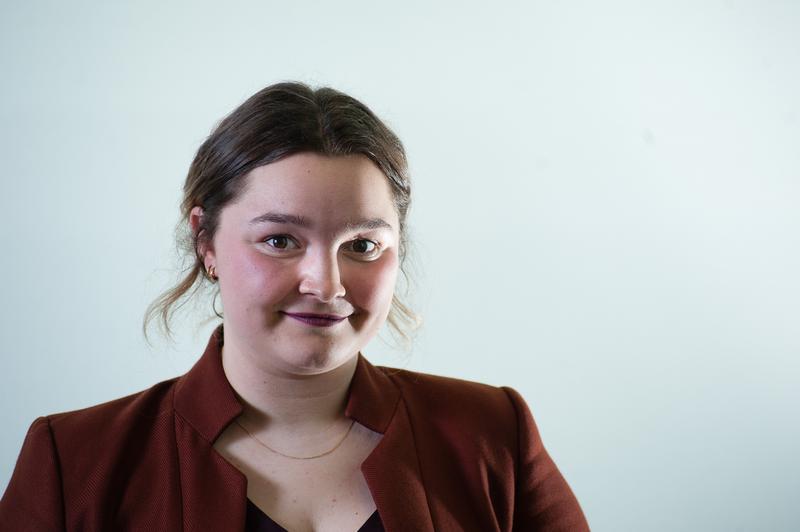 “In many different ways our advocacy will hopefully become visible, and I’m excited to see the fruition of all this work.” File Patrick Gillin

Halfway through her term, AMS VP External (VPX) Cristina Ilnitchi has made progress on her promises — though some will not hit their full stride until the second term.

During her campaign, Ilnitchi pledged to advocate for reduced interest rates on student loans, government funding for open educational resources (OERs) and securing a long-term U-Pass agreement with Translink.

On the home front, she promised to ensure proper implementation of UBC’s sexual violence and misconduct policy, advocate for student rental rights, and raise awareness of international student issues and the need for mental health resources on campus.

During her trip to Victoria, Ilnitchi partnered with other student associations to lobby for the elimination of student loan interest and the establishment of up-front grants.

Ilnitchi also called for a one-time funding allocation for OERs and for policies limiting the cost of online assessment materials.

On November 15, the BC Finance Committee released their list of recommendations for the upcoming year’s budget, which included Ilnitchi’s asks. The final budget is expected to be presented in spring 2019.

Ilnitchi has been negotiating a new contract for the U-Pass, the price of which is frozen at $41 until the end of 2019. She’s also taken proactive stances on the night bus service, the 41B line, TransLink’s 10-Year Investment Plan and the extension of the Broadway subway to UBC.

Ilnitchi says the AMS is working on a transit advocacy strategy to highlight where the society “can use that to ensure that the entire region recognizes that this skytrain would benefit many municipalities.”

“We’re developing a skytrain to UBC campaign, and we’re looking forward to working with our community partners and having a really awesome campaign in term two,” she said.

During her lobbying trip to Victoria, Ilnitchi lobbied the government to support sexual violence prevention policy implementation for all schools across the province.

While Policy 131 has its share of problems, Ilnitchi noted that other institutions are too under-resourced to provide resources like UBC’s Sexual Violence Prevention and Response Office (SVRPO). Only 5 out of 25 post-secondary institutions in BC have a dedicated office for sexualized violence.

“What the VP External office has done in two parts is looking at the fact that it’s not just our institution that’s going through these big important changes, but it’s institutions all across the province that’s implementing these policies,” said Ilnitchi.

The VPX Office had advocated for student rental rights on on-campus housing for the past several years.

Recently, the AMS has started conversations with the Student Housing Working Group, a provincial group that advocates for student rental rights in on-campus housing.

“It gives us a platform to be able to discuss not just with the government but with post-secondary institutions the need for rental rights for students [living in] on-campus housing,” Ilnitchi said.

“It’s great that there’s so much money that’s being committed to create more student housing, recognizing housing insecurity for students, and the need for more affordable housing. But what does it look like when students live in these spaces?”

Towards the end of this term, Ilnitchi went on a lobbying trip to Ottawa with the Undergraduates of Canadian Research Intensive Universities (UCRU) to speak on international student issues, such as expediting the permanent residence application process.

“[We’re] looking at fast-tracking [permanent resident applications] for international students by including work experience that they’ve gained throughout their degree in the PR application process.”

“In terms of mental health and wellbeing, this first term was spent getting a lay of the land,” said Ilnitchi.

According to Ilnitchi, the AMS has multiple projects in the works. They include a 24-hour mental health support initiative that is separate from Empower Me — but it’s still in early development.

“I’m really excited to go forward into the second term and drive forward a lot of the work in term one by following up on these conversations and developing stronger relationships and seeing the results, whether it’s in the provincial budget or in federal parties campaigns, when their going into election season next year,” said Ilnitchi.

“In many different ways our advocacy will hopefully become visible, and I’m excited to see the fruition of all this work.”