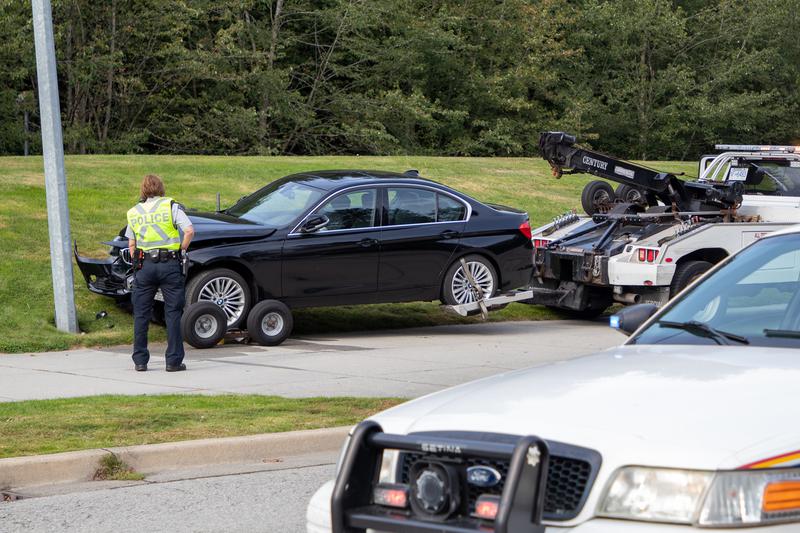 Traffic heading down West 16th towards Wesbrook Mall is being diverted up Hampton Place. Zubair Hirji

A car collision with a lamp post on the corner of West 16th Avenue and Wesbrook Mall is diverting traffic heading towards campus.

At around 1 p.m., Translink issued a rider alert for buses #33 and #25 heading up West 16th towards campus. All buses leaving campus are running their normal routes.

The car accident involved a black BMW which appears to have collided with a lamp post on the side of West 16th Avenue, and the cause of the accident is still being determined.

According to a report by News1130, one person died from the accident.

The RCMP could not be reached to confirm this or provide comment by press time.

This is an evolving story and will be updated as soon as information becomes available.

One person has died following single car crash at UBC's Point Grey campus.Mounties investigating cause say it didn't involve a pedestrian. Two ambulances were dispatched to 16th Avenue near Wesbrook Mall during the noon hour and no one's been transported to hospital. @NEWS1130