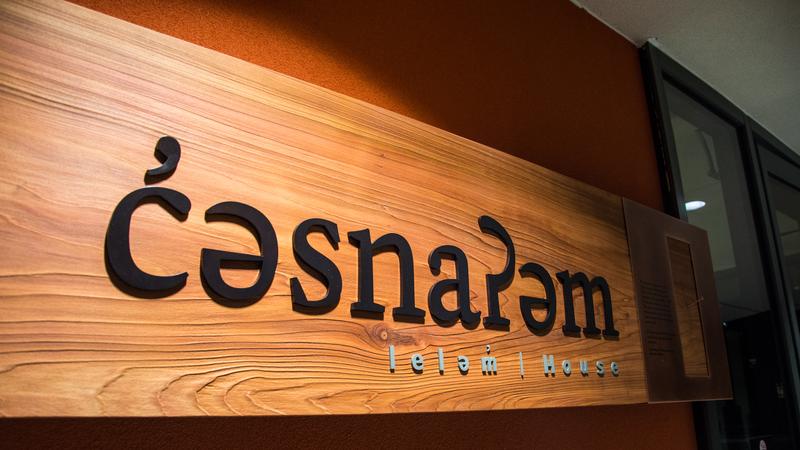 In front of the new and final infill house at Totem Park Residence on Wednesday, the Musqueam people, on their unceded territory, gifted a place name for UBC Student Housing and Hospitality Services (SHHS) and students of Totem Park Residence to use. Representatives of both communities came together and it was with great care and respect that the name c̓əsnaʔəm was first gifted and later unveiled.

This moment is significant given a look at the Musqueam nation and UBC’s shared history. The naming of the house builds upon the work and conversations that began in 2011, when the Musqueam nation gifted the names həm̓ləsəm̓ and q̓ələχən for two houses in Totem Infill phase one, marking the first time the Musqueam language, hən̓q̓əmin̓əm̓, was used for buildings on campus.

“The original six houses were named in the 1960s, with the intention of honouring local First Nations, but no consultation took place with the Indigenous communities that are represented. Some of the names that were chosen, like Nootka and Kwakiutl, are inaccurate, and none of them reflected the fact that UBC is on Musqueam territory,” said Sarah Ling, a project manager with an Indigenous focus at both SHHS and St. John’s College.

“When you contrast the two naming processes, one which didn’t involve any community consultation and this one which actually involves our Musqueam hosts of this territory, the learning opportunities are exponential in terms of the storytelling and related benefits that can come out of it,” said Ling, who also co-chaired the naming process in 2011 with fellow undergraduate student Spencer Lindsay.

Ling has been developing educational resources like “The Power of a Name” film series to better inform residents of the house names they were using. With the gifting of the name c̓əsnaʔəm, new resources will be provided to encourage students and anyone who wishes to learn more about its meaning to inform themselves with care.

“We hope that the residents who use it take the time and put the effort to learn who it is from and what is its significance,” said Ling.

“This process has been really valuable, because ... we have very few names on campus, or even in the city of Vancouver, that recognize the true history of where we are located, on Musqueam territory, or their living culture and language,” she said.

“History has pushed aside the fact that there were people here before colonization,” he reaffirmed. 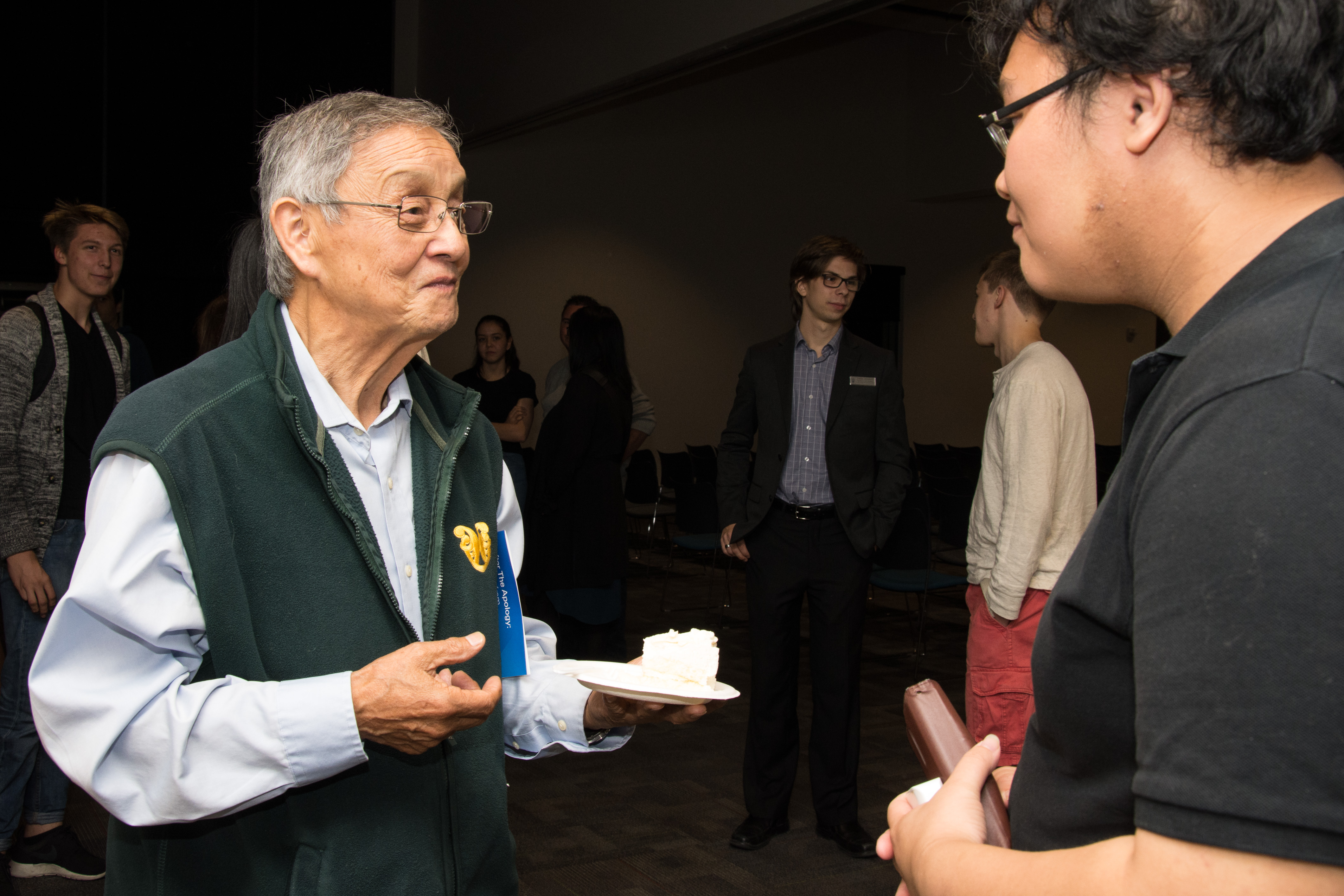 The fact that the Musqueam people, throughout the naming processes, got to use their language, their orthography — the phonetic alphabet is there to take proper account of the uniqueness of each of the language’s sound — and to share their story their way shows the value of the gifting of the name.

Elder Larry Grant was the one to speak out the name of the new Totem Park house on behalf of the Musqueam people. c̓əsnaʔəm is a name that is both a representation of grandeur and a legacy, as it is the name of an ancient Musqueam village that held a central role in trade. UBC has quite recently celebrated its 100 years of existence, while c̓əsnaʔəm dates back at least 4,000 years.

The community members from both the Musqueam nation and UBC that were invited to the podium before the unveiling of the name all shared a common acknowledgement of the value of this gift to UBC.

“We are bringing back the name that was named by our ancestors,” said Elder Larry Grant, illustrating once again how linked language, culture and traditional knowledge are.

The ceremony at Totem Park also brought together many important figures, such as Councillor Morgan Guerin from the Musqueam nation and UBC President Santa Ono. Ono said that this process was an important landmark in implementing the Memorandum of Affiliation signed between UBC and Musqueam in 2006. It strives, among other things, to increase presence of Musqueam on campus. 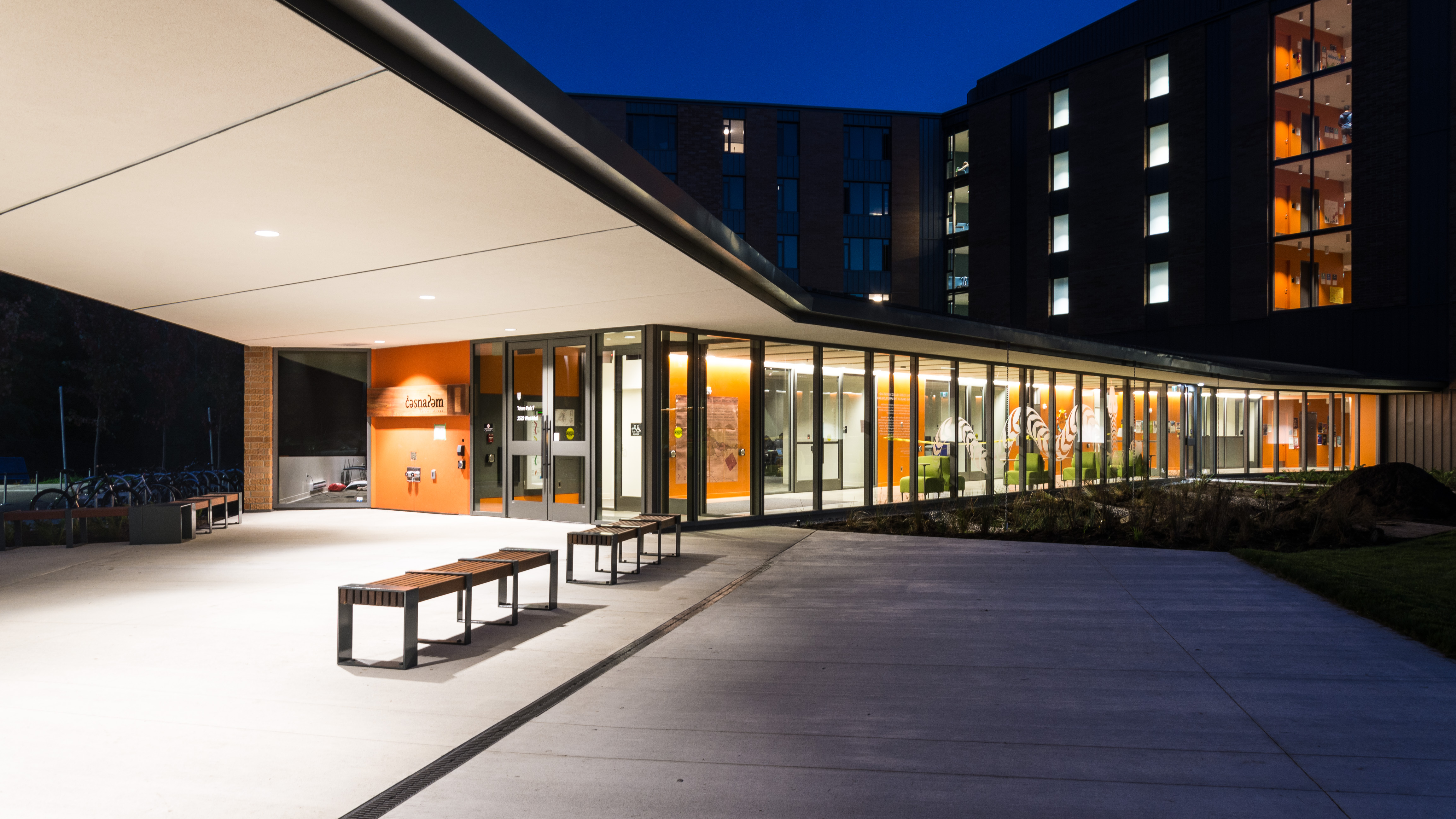 The new Totem Park Residence house, which has been give the c̓əsnaʔəm name. Alirod Ameri

“This story provides a good model of how to collaboratively educate people about where we are and of how this needs to be done in conversation with Musqueam … but it’s also essential to know that it’s just one step,” said Sarah Ling.

On the side of the c̓əsnaʔəm sign, right beside the entrance to the house, students are invited to embark on a delicate journey, meant to emphasize that with the gift of the name comes a responsibility.

“We ask you to leave behind any preconceptions or bad thoughts you may have,” reads a teaching of Musqueam and their relations under a nail on the sign. “Your work here will be difficult, but do not lose heart.”

The Musqueam people’s teachings remind their visitors that if this collaborative work is rightfully done, they shall not be alone on this ongoing journey.