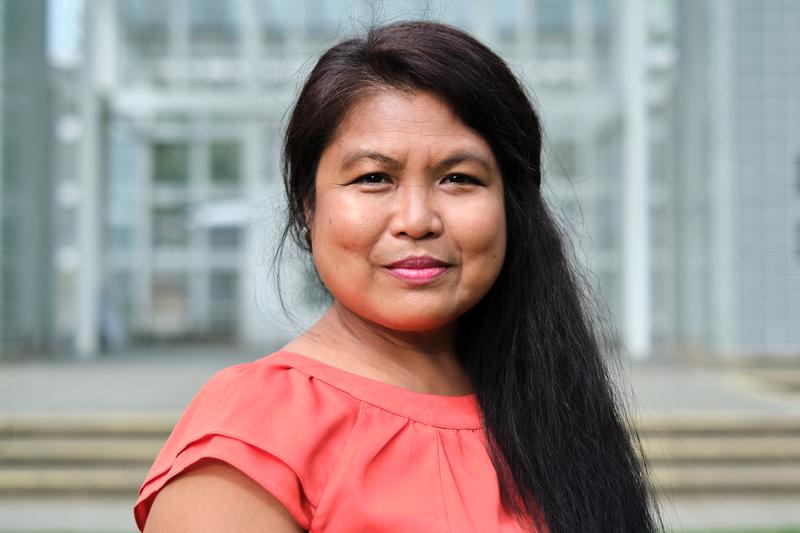 “I definitely encourage, advocate and push for student needs because they are our future." Courtesy Naden Abenes

Since the pandemic started, Abenes explained that employers in the hotel industry have been using “the pandemic as an excuse to fire people, and replace it with cheaper workers.” Being a hotel worker herself, Abenes was among the 50,000 hotel and food industry workers in BC that were laid off during the pandemic.

This termination of labourers led Abenes to actively advocate for people in the workforce. Collaborating with other unions across BC, including Burnaby, Richmond and northern communities, she organized a hotel strike and won major concessions for workers.

Furthermore, like other Vancouverites, Abenes understands the struggle of finding affordable housing. This issue was highlighted to her during the pandemic, as she has had to move twice since 2019.

Being able to make a living wage goes beyond affordable housing, Abenes said, as safety and health are just as important.

“No one should have to choose between shelter [and] medication,” she said.

Abenes is committed to pushing for safe and “harmonious” living spaces in cooperative housing, as well as making housing and health care affordable for more people through subsidies — prioritizing those with the most precarious living conditions — and funding PharmaCare.

She acknowledged that students also struggle with housing affordability.

“How can you actually study when you’re worried about finding an affordable place to live in?”

She explained that she wants to ensure affordable housing is available for students in order to decrease their stress levels so that they can focus on their studies.

Additionally, she said she believes that “it’s very crucial for us to support the young generation.”

Abenes fully supports the NDP’s commitment to ending interest rates on student loans and forgiving up to $20,000 of student debt for graduates.

“I definitely encourage, advocate and push for student needs because they are our future,” she added.

As a worker and union organizer, she said she is aware that “some people are being left behind.” She wants to ensure there is an investment in educating workers, creating growth and job opportunities so that workers can make a liveable wage from one job only, instead of multiple ones.

“I will fight for that equality,” she added.

If elected, she said she would ensure that she is listening to the community’s needs, and would pressure other political leaders “to do the right thing.”

“My vision is for the people; my platform is about improving people’s lives,” Abenes said.