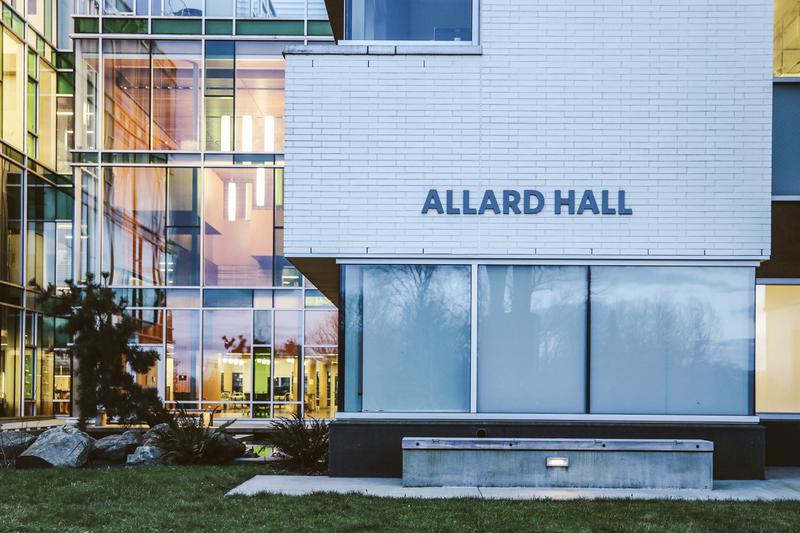 “By creating this award, the donors are getting us closer to equal opportunity and adequate representation of Black law students and redefining who ‘merits’ a legal education.” File Jingyu Hu

An annual $15,000 entrance award for incoming Black Canadian law students has been established at UBC’s Peter A. Allard Law School.

The fund financing the award totals $225,000, and was created through the donations of the Honourable Justice Selwyn Romily, who was the first Black judge to be named to a BC court; Vancouver criminal defense lawyer Matthew Nathanson; and the Honourable Judge David St. Pierre, who serves on the provincial court. Further contributions come from UBC and two other anonymous donors.

The award, officially titled the St. Pierre, Romily, Nathanson Entrance Award in Law for Black Students, will be available to domestic Black students entering the Juris Doctor program who possess both financial need and a record of community service or volunteer work.

Two of the three major donors to the award, Romily and Nathanson, are alumni of Allard Law School. They approached the school in January of 2021 regarding the possibility of creating an award to increase the representation of Black students, Allard’s Acting Assistant Dean of External Relations Paige Mackenzie told The Ubyssey.

Dean Janine Benedet said that although similar awards exist at Allard to support BIPOC students, the new award is set apart by a number of features.

“The amount of the award … the focus on Black students specifically and on incoming students, and possibly thinking [about the] future for those students, if they’re interested, in the criminal bar … is something that’s quite new for us,” said Benedet.

Though an interest in criminal law is not a requirement for award candidates, it will be a factor in the award’s selection process. Benedet suggests that this focus may help to make the criminal justice system a more representative place.

“It is important that the lawyers who are in the courthouse, the judges who are sitting on the bench … actually reflect the communities they are serving, and that people can see themselves present in those roles,” she said.

The award application package, which applicants will use to present interest in the criminal bar or other preferred qualities, has not yet been made public.

The relative newness of the award means that outreach efforts aimed at the students who need it most are ongoing. MacKenzie said that messages have already been sent to the school’s incoming class to explain their potential eligibility for the award.

“In future years it will be useful to promote this more broadly to Black undergraduate students across Canada, so that they’re aware of this award when making their decisions about where to apply,” said Benedet.

“We’re too late for that this year, but in future years that will definitely be part of the plan.”

Benedet hopes that seeing the impact that the St. Pierre, Romily, Nathanson Award has on incoming students may inspire other donors to create similar awards.

Through Allard’s newest award, the school hopes to achieve greater representation and equity both within its own student body and in the legal profession beyond it — a change that its current students have demonstrated an interest in.

“[The award] represents the shift as the legal profession starts actively recruiting and pursuing groups it has historically excluded or marginalized,” the UBC Black Law Students’ Association wrote in a statement to The Ubyssey.

“By creating this award, the donors are getting us closer to equal opportunity and adequate representation of Black law students and redefining who ‘merits’ a legal education.”

This article has been updated to say that Paige Mackenzie is Allard’s acting assistant dean of external relations. A previous version said that she was the school’s media relations manager.