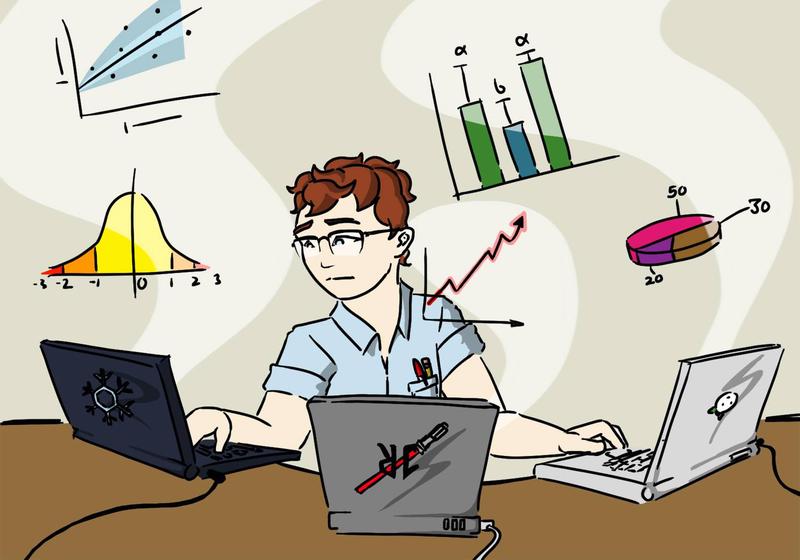 If all goes well at the provincial Ministry of Education, UBC could have a new Master of Data Science program by September.

The program — a joint effort of the department of computer science and department of statistics — will be a 10-month long, intensive program aimed at those interested in managing and using data.

“We realized that if we wanted UBC to be able to train people in this area, it wasn't something you could achieve in either statistics or computer science alone,” said Jenny Bryan, associate professor of statistics and researcher at Michael Smith Labs.

“It wasn't something that was terribly well accommodated in our existing Master of Statistics or Master of Computer Science, so we really needed to acknowledge the hybrid nature of it and team up — get classes from both places [and] possibly develop new courses to do justice to the topic.”

Bryan, along with Raymond Ng, professor of computer science, and Paul Gustafson, professor of statistics, are a few of the members of a committee that has been working on the development of the program. They emphasize that data science goes beyond the numbers and computers.

“Part of the flavour is people coming out of this program need to be able to take data and tie together a story that then goes to policy makers,” said Gustafson. “So there's more to it than just the technical skills.”

A similar Master's program exists at Simon Fraser University, but it aims to be a continuation of the Bachelor of Computer Science. UBC's version would focus on training people who would be able to fulfill the currently-unmet needs of local businesses.

They attribute the demand for such a program to the large quantities of data being accumulated by corporations on a daily basis and the need to organize and interpret all of it.

“Anywhere from labs on campus to a business and our provincial health authority, they're all accumulating data faster than they can figure out what to do with it,” said Bryan. “There's terminology and buzzwords that are clearly [fads] and people are chasing them, but I think this huge increase in the need to process data in industry, government and science is here to stay.”

The program is not necessarily geared towards students whose backgrounds are in computer science or statistics. While there are some math and science pre-requisites, the program is open to students with degrees ranging from linguistics to life sciences.

“I would see this program as an enabling technology and an intellectual discipline. You could be in whatever application, but as long you are interested in data driven work ... in forming conclusions and finding insights from the data you have collected, then I think you might want to consider this program,” said Ng.