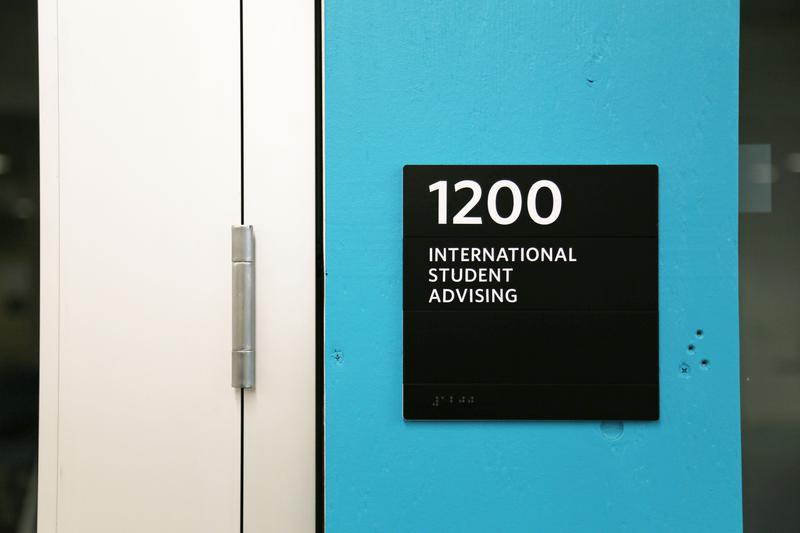 Long and unpredictable processing times have been “frustrating” for students and their programs. File Jasmine Foong

To all international students applying for a study permit: submit a completed application by May 15 and you will receive a decision by August 6, as per new Government of Canada study permit procedures.

After advocacy from post-secondary institutions and student societies, the Government of Canada has implemented changes such as expediting the process for students applying for their initial study permits and providing greater certainty over when students can expect a decision.

International students can only study in Canada with permission from the Canadian government. This usually takes the form of a study permit, a document issued by the Government of Canada that allows “foreign nationals” to study in the country. In the age of COVID-19, the study permit process has been plagued by delays, although issues existed prior to the pandemic.

According to Michelle Suderman, UBC’s director of international student development, “study permit processing has been a key issue in UBC’s conversations with [the] federal and provincial government” for many years. The AMS has also engaged in advocacy on the issue.

Long and unpredictable processing times have been “frustrating” for students and their programs. For students applying from China, the process can take up to 38 weeks.

“... that means they wouldn’t be able to come [to campus] in September if that were the future processing time,” Suderman said.

According to Suderman, UBC has partnered with Universities Canada and the Canadian Bureau for International Education “to ensure that [the] government is aware of the impact on students and institutions when study permit processing is unpredictable or not transparent or unreasonably long.”

On April 27, the Government of Canada announced modifications to the study permit process, significantly reducing the processing and wait times for applicants.

Instead, international students have had to rely on past processing times when estimating when they will receive a decision. However, these timelines are subject to variables that cannot be controlled by immigration or students, including the time it takes for applicants to receive required documents like medical exams.

The Government of Canada has committed to a future processing time of 12 weeks for all regions.

In an emailed statement, Immigration, Refugees and Citizenship Canada (IRCC) stated that these changes are “in line with current average processing times.”

“Against the backdrop of the global pandemic and its related changes, we wanted to provide a target date for those planning to begin their studies in the fall,” IRCC wrote.

During the pandemic, immigration has also waived or eliminated the biometric fingerprint and photo requirements for those applying within the country, expediting the process for these students.

Thus far, Suderman has “not seen a commitment from immigration one way or the other” as to whether these reductions will continue after the pandemic.

Suderman acknowledges that some students applying from outside of Canada may be unable to complete their application by May 15. She encourages these students to see the FAQ’s on UBC’s immigration and health insurance page.

“It’s a … massive shift for Immigration Canada to commit to a future processing time. And it’s a tremendous show of responsibility on the part of the federal government to the needs of international students and the golden communities that host them.”

This article has been updated to add comment from the IRCC.