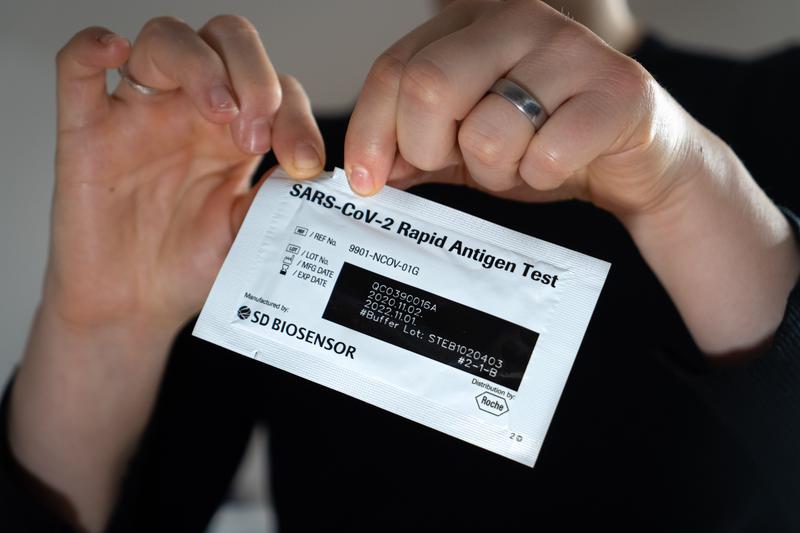 The rapid testing study will be open to anyone living or working at UBC. Mika Baumeister/Unsplash

Starting Tuesday, community members will be able to participate in a rapid testing study led by the UBC School of Nursing. Following successful studies at Orchard Commons in the spring and summer, this trial focuses on serial testing — two rapid tests 24-36 hours apart per Health Canada standards — and expands the eligible age group. Participation in this study is voluntary and separate from the rapid testing program announced by UBC last Thursday.

“The on-site access to rapid testing is being run as a study. There is another part ... that will [be] operationalized as a program. Together, the options will provide quick and easy access to rapid testing at UBC,” said Dr. Sabrina Wong, associate director of research at the School of Nursing and Centre of Health Services and Policy Research in an email to The Ubyssey.

Wong said in an interview with The Ubyssey that she is working with UBC to finalize the details around the university’s new testing program announced last week. UBC’s clinic will run “alongside but separate” from Wong’s, and will also be required for anyone who is unvaccinated.

Wong continues as lead researcher from her previous rapid testing study at Orchard Commons. She said, pending ethics approval, that their goal is to capture data from a wide variety of demographics.

“The age range would hopefully be anyone who is an adult. We are also working to on trying to include children ages 2-16,” she said to The Ubyssey. “We are [also] collecting data on vaccinated and unvaccinated rates.”

The rapid testing study will be open to anyone living or working at UBC. Wong defined “living” at UBC as those in student residence, as well as people living in rental units and frat houses.

Like the Orchard Commons study, Wong notes that people experiencing symptoms are not eligible to get tested, since her team’s study focuses on whether rapid testing can help break asymptomatic chains of transmission.

Over the past year, students repeatedly expressed concerns about commuting downtown to the nearest testing site for symptomatic individuals. In an email sent to The Ubyssey on Monday afternoon, Thandi Fletcher, senior media strategist at UBC Media Relations, said that the separate UBC clinic will also only be for asymptomatic individuals.

Similar to the previous studies, nasal swabs will be self-administered with clinical staff supervising the site. Wong also emphasizes that data from participants, including vaccination status and test results, is carefully protected and only shared in aggregate. Positivity rates will only be released to a Medical Health Officer and not the public.

As UBC returns to in-person operations next week, Wong said her team’s previous trials underscore the importance of rapid testing. Notably, a testing pilot in the spring detected 25 asymptomatic cases in first-year residents and staff.

“It is great to see the work completed [from] February until now ... provided sufficient evidence for UBC to have rapid testing be part of their fall strategy,” she said. “Rapid testing is a layer of protection that is being offered to people to try [to] have a safe environment.”

The testing site is located in the study rooms at Ike’s Cafe and will be open Tuesday, Wednesday and Friday from 9 a.m.–5 p.m. throughout term one. Online registration and appointment booking will be available shortly, though participants may also walk in subject to clinic capacity.