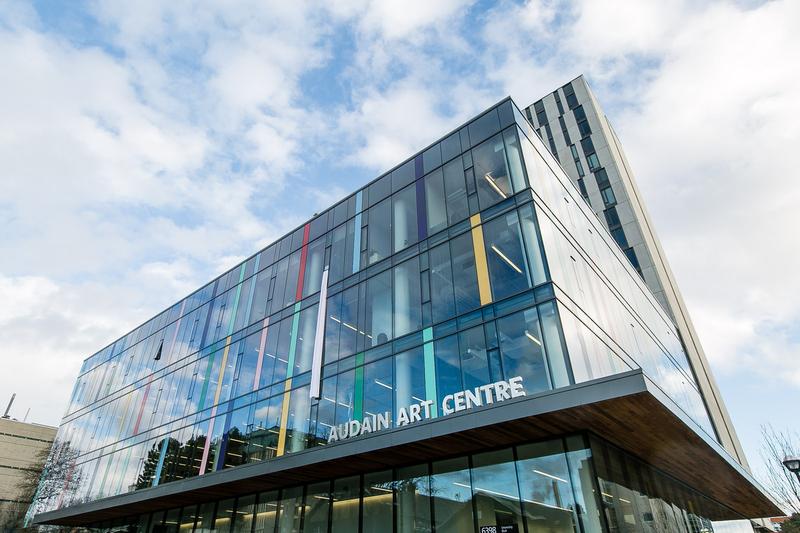 The new Institute will be overseen by UBC's LangSci Initiative, a research group based in the Audain Art Centre. File Carter Brundage

On May 19, the UBC Vancouver Senate passed a motion to establish a new Language Sciences Institute and designate it as a Global Research Excellence (GREx) Institute.

The new Institute will serve as a formal recognition of the strength of UBC’s LangSci Initiative — a cross-faculty research group of faculty, affiliates and graduate and postdoctoral students. It would also be the first GREx Institute with major participation from faculties and departments centred around social sciences and humanities. The two other GREx Institutes at UBC are the Stewart Blusson Quantum Matter Institute and the Bioproducts Institute, founded in 2016 and 2020 respectively.

Dr. Gage Averill, who is the chair of the Deans’ Council that oversees the Institute, stresses the importance of long-term funding.

“There are certain things that universities do that makes them a leader in an entire field,” he said. “[The GREx designation] should provide that initiative with extra resources in order to really grow it and make it support its dominance and its ability to have impact.”

GREx funding will cover the institute’s operational costs as well as additional community engagement and collaboration efforts. The Institute has set aside $90,000 annually to fund member projects as well as an additional $39,000 annually for faculty seed-funded member research projects, 15% of which is reserved for projects lead by IBPOC faculty members, according to the Institute’s proposal document.

“Having the GREx status lets the whole university and the community beyond know how important this is.”

Dr. Janet Werker, one of the Institute’s co-directors and co-leaders of the Enhancing Literacy and Language Education research challenge, hopes to continue her research to identify the many obstacles that learners from diverse linguistic and cultural backgrounds face.

Werker also said that she was “thrilled, honoured and humbled” by the GREx designation.

“Having the GREx status lets the whole university and the community beyond know how important this is,” she said.

In addition to these research goals, the Institute has also committed to promote equity, diversity and inclusion through prioritizing the hiring of IBPOC scholars and facilitating ongoing EDI training. The Institute will provide publicly available annual reports on the progress of these equity goals online.

According to Averill, many of the Institute’s projects are already underway including research chair hirings, as well as numerous hirings to support Indigenous languages and literatures.

“It’s a complicated and big set of projects,” he said. “You’re going to see an ongoing rising tide of activity in the year.”