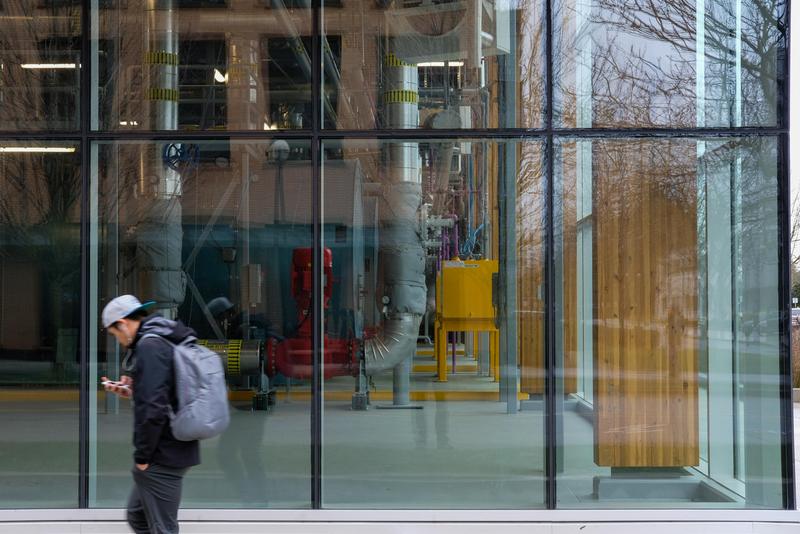 Hot water in four campus buildings, including two residence halls, was found to be containing levels of nitrate up to eight times more than the recommended amount.

The Friedman addition of the J. B. MacDonald Building and both Sherwood Lett House and Robson House in Place Vanier were all found to have levels exceeding Health Canada and the Ministry of Environment guidelines. Nitrites were also found in the Neville Scarfe Building though they did not exceed guidelines.

Almost 500 people work and reside in the affected zone — 200 staff work in the MacDonald Building and 80 work in the Neville Scarfe building. Sherwood Left houses 102 residents, while Robson House is home to 96.

Nitrites, a class of chemical often used in fertilizers and as an anti-corrosive, can be toxic at high levels. Nitrites are specially dangerous to infants because they can develop blue baby syndrome, a condition which prevents the blood cells from carrying oxygen well and can lead to death.

One UBC employee who works in a contaminated building reported feeling ill, but there is no evidence that the illness is related to the contaminated water.

UBC first became aware of the problem when foul-smelling water was reported in the MacDonald building. When the smell was reported on January 23, a crew sent to investigate discovered water leaking onto the floor below a heat exchanger. The building’s hot water was immediately turned off and after several days of testing, UBC determined the leak in the heat exchanger was responsible for the elevated levels of nitrite in the building.

During the recently completed renovation of the water heating system on campus, these new heat exchangers were installed. These pipes have built-in failsafes to prevent water leaking from the pipes carrying hot water into the pipes that supply it to sinks and showers. However, the exchanges in the four buildings were all found to be leaking water between pipes, causing the contamination.

“No one was thinking the water is getting across — because it’s designed with a specific fail-safe system for that not to happen,” said David Woodson, managing director of energy and water services at UBC.

Eventually it was determined that the problem was definitely from the leaky heat exchange.

“[We realized] these heat exchangers actually passed water from the primary heating system to the secondary side like it is not supposed to do,” said Woodson.

After this discovery, UBC tested all 80 of this type of heat exchanger on campus, discovering leakage in the three other buildings.

Students in the affected Vanier houses were sent an email explaining the situation.

“The general feeling was that these were probably leaking across but we’ve probably caught it in time, unlike Friedman where there had been complaints of foul-smelling water,” said Woodson.

The heat exchangers were only three years into their 15-year life spans. UBC has sent the leaky exchangers to Acuren, a third-party materials testing service to determine what caused the leakage.

UBC is regularly testing heat exchangers on campus to monitor the situation and prevent any further confirmation.

“The water is safe,” said Woodson.

Correction: A previous version of this article stated the levels of nitrites in Friedman where between 2.05 and 2.53 mg/l in the MacDonald and Scarfe buildings. The Ubyssey regrets this error.