Does the department of Asian studies have a consultation problem? 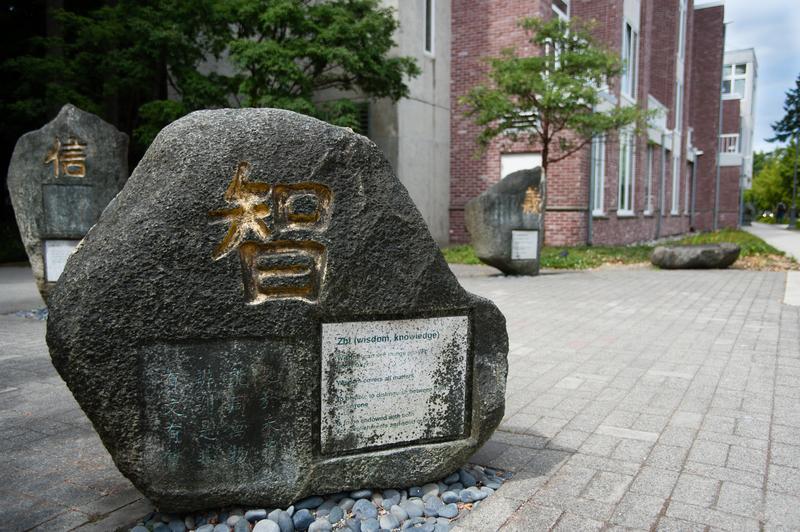 On September 10, 2016, all instructors in the Chinese language program received a vague email from Department Head Dr. Ross King about a new curriculum. According to former instructor Xia Wei, “none of [them] had any clue about what this policy was and how this policy was formed.”

“Through the later email exchanges and face-to-face meetings, it became clear that the new policy refers to ‘provide students with the option of using computerized output for their midterms, finals, and other major quizzes and/or unit tests in addition to the existing hand-writing option,’” wrote Wei in an email, while quoting from King’s broadcast message to all students enrolled in CHIN courses on November 17, 2016.

“In other words, it’s to ‘decrease the weight of hand-writing ability and penmanship in assessed work like unit tests, midterms and final exams.’”

Previously, the curriculum put significant emphasis on handwriting and being able to write each character — stroke by stroke. Now, while not mandated in policy, handwriting is worth a very small percentage of a student's grade in practice.

This sudden change was a complete shock for all Chinese educational staff, according to Xia Wei and Joan Yang, who have both been teaching at UBC for over 15 years before their termination in August 2017.

“None of us had any clue about what this policy was [or] how this policy [had been] formed,” Yang wrote in an emailed response. “We voiced our concerns and our difference of opinions. But in the end, I felt like our voice was ignored.”

Wei and Yang also argued that it was unfair for students' learning outcomes and that more discussion — such as how to avoid cheating — was needed before implementing such a drastic curriculum change.

“For such a fundamental change, it should have been [a] more-well planned and thought [out] process,” Wei said. “For the new curriculum, they said for all tests, including final exams, they can use their personal computers. They didn’t even consider that [the computer] will help you generate [vocabulary]. It wasn’t a well thought out [change] for students.”

Wei and Yang’s primary concern revolved around the change’s impact on students’ writing skills, particularly those who want to major or minor in Chinese.

Dr. Liang Tian, the special Chinese language advisor for the education services office with the Government of Alberta, agrees.

“It is undeniable that the application of science and technology indeed could facilitate language learning, especially in learning the skills that are closely related to Chinese character applications, such as reading and writing,” Liang wrote in an emailed response.

“However, the convenience and pleasure of technology cannot replace the importance of handwriting practice in language learning, especially in developing reading and writing skill ... Some studies also found that learners that constantly writing Chinese characters with their hands have higher level proficiency, better durability in learning and more confidence in their Chinese skills compared to those who practice Chinese typing on computer devices.”

Besides this issue, there was also the concern about transferrable skills, since UBC is currently the only institution to incorporate this change into its curriculum.

“I told my students that [they had] to realize that in the future, you will study with students from other institutions and they will know how to write and you will have to rely on the computer,” Wei said. “It will not be [their] mistake, it will be our mistake. We didn’t teach you … I would feel very sorry for my students if they ended up in that kind of situation.”

What do students think?

From the student’s perspective, there have been mixed reviews on the change.

While some view typing as helpful in terms of reducing the amount of time and energy it takes to learn to write new characters — especially given students’ busy schedules — others remain committed to learning characters through handwriting.

“We had a couple of students who were okay with the change ... they thought, ‘you know what I’m really busy, I don’t necessarily have the time to do the handwriting,’” said Monique Chiu, a recent Asian Studies graduate who took CHIN 331 and 333 with Wei during the curriculum change.

“But there were definitely some kids in that class who said they would like to do the handwriting, or at least have the option to be tested on it. Why should we be forced to take it online when we could do both?”

Chiu also recalled a vote that Wei conducted about the learning method that students preferred — it was a halfway split between typing and handwriting.

“[Wei] said that she didn’t want to impact her students learning [so] we kind of did it in secret for a while, where some people had the option to type,” Chiu said.

“Unfortunately we got kind of punished for that, and afterwards [Wei] got let-go so we felt really bad for her because … she wasn’t forcing it on us. We chose from our own opinion to have a written and [a] computer option available.”

Other students in CHIN classes also shared the opinion that the change made things easier but not necessarily better for learning.

“[Typing] did make the class easier because we had to remember fewer characters and only needed to remember the pinyin for the new vocabulary — which was then converted into characters on our computers — but I could tell that I was learning less in comparison to before the change,” Aridin Jones, a third-year arts student, said in an emailed response.

“Even though students and teachers were putting in the same amount of time [as before], the students were getting less out of it.”

Jones and other students were also very unhappy with the handling of Wei’s employment.

“I don’t think [the change] is fair,” Jones said. “We had an amazing and very experienced teacher who didn’t agree with the change for good reason. I understand that some students would enjoy taking an easier class for the same amount of credits, but for the students who are serious about their skills, it isn’t fair ... I think UBC made a mistake and lost an amazing educator.”

“Asian Studies, and all departments across the university, works continuously to improve the methods and practices of teaching. That work has helped the department grow to be the largest Chinese language program in North America,” reads the statement.

“The decision to use computers in some courses was made in order to further enhance the student learning experience by strengthening skill sets required in today’s technological world.”

This article has been updated to clarify the new handwriting policy.