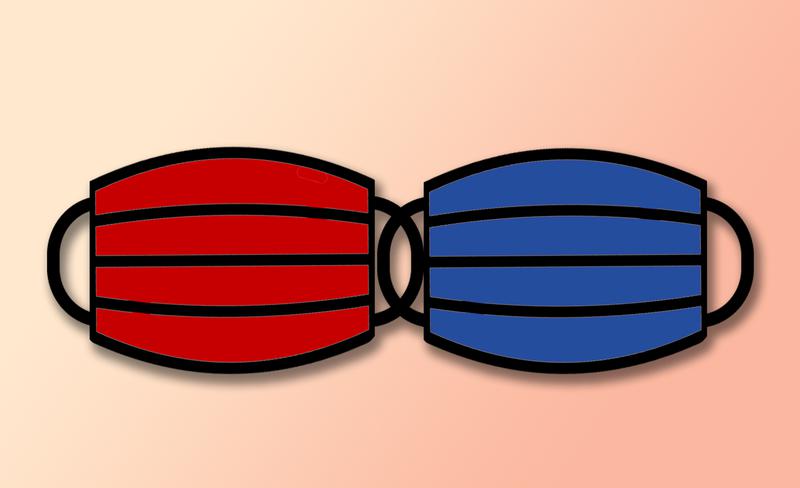 “We must be mindful of privacy considerations and ensure we’re supporting health authorities’ efforts to contain this pandemic.” File Jasmine Foong

For Matthew, an immunocompromised fifth-year mathematics student, leaving his on-campus residence during the pandemic is risky — especially since he doesn’t know whether there are COVID-19 cases on campus.

Unlike universities in certain provinces, UBC and some other institutions in BC are barred from disclosing COVID-19 cases in their communities by their respective health authorities.

Matthew, whose name was changed to keep his medical history private, has a heart condition that makes him especially vulnerable to COVID-19.

“It’s been a lot more stressful in terms of making sure that I am safe,” he told The Ubyssey. “[I’m] always wearing a mask, barely going out or anything.”

The BC Centre for Disease Control (BCCDC) and other BC public health institutions have focused on patient privacy throughout the pandemic. This means that while specific health advisories might be posted for bars, restaurants or other places where contact tracing is challenging, cases on campus are not reported to the university community unless contact tracing is impossible, said a Vancouver Coastal Health (VCH) spokesperson.

In the absence of information, rumours of cases have spread on the UBC campus, a freedom of information (FOI) request The Ubyssey filed this summer confirmed. In the FOI, administrators appear attempting to shut down rumours and emphasizing UBC’s role in supporting public health.

An internal memo sent from Provost and Vice-President Academic Andrew Szeri to deans, vice presidents and associate vice-presidents on March 23, 2020 confirmed that health authorities are responsible for notifying relevant individuals of a positive case.

“Notifying faculty, staff and students of a positive case is not the responsibility of a UBC Faculty or Department,” he wrote, adding that the Provincial Health Officer Bonnie Henry had directed employers not to disclose information about confirmed cases as it could have “legal implications under BC’s Public Health Act.”

“Unless UBC is directed by the health agency to communicate a case on campus, we cannot and will not do so, as any such communication would be in direct contravention of the Public Health Act,” Szeri wrote.

While Matthew acknowledged the need for patient privacy, just knowing how many cases were on campus would improve his quality of life, he said. In an ideal world, Matthew could look at the numbers and judge whether it’s safe to go out and get groceries, or whether he’d need friends to pick up necessities and run errands for him, he said.

Matthew Ramsey, director of university affairs at UBC Media Relations, and the VCH spokesperson said that students concerned about COVID-19 cases should keep physically distancing, wear a mask and get tested and stay home if they develop symptoms.

In contrast to some universities in BC, University of Toronto has a running tally of how many cases it’s logged in each of its three campuses. Numbers are updated every Monday and Thursday and include active case counts, outbreaks and a catalogue of historic case data.

“Our Health & Safety office works with local public health officials on case management, conducts contact tracing and speaks directly with individuals who have been exposed to either a suspected or a confirmed case,” reads the university’s COVID-19 dashboard.

The difference between the two universities could be due to regulations imposed by their respective health authorities.

“It is up to the discretion of each [post-secondary school] whether or not they disclose information on COVID-19 cases on their campuses to their communities,” wrote Dr. Vinita Dubey, associate medical officer of health with Toronto Public Health, in an email to The Ubyssey.

In contrast, a spokesperson for VCH told The Ubyssey that it always respects patient confidentiality.

“We only make public notifications when Public Health is not able to reach all close contacts and determines it is necessary to inform the public about a potential exposure,” the spokesperson wrote.

For most of the pandemic, the BCCDC has been sparing with the location of COVID-19 cases in British Columbia, only recently releasing a map showing specific locations of cases every month.

On December 10, Henry announced that cases in each health area would be released on a weekly basis. So although there were 34 cases in the western part of Vancouver from December 20 to 26, their specific locations are unknown.

UBC takes direction for transparency around COVID-19 cases from VCH, Ramsey reiterated, although the two institutions have no formal agreement that says so.

“UBC cannot communicate cases broadly unless we are directed to do so by Vancouver Coastal Health or Interior Health to support their contact tracing efforts,” Ramsey said.

In early October, Toronto Public Health suspended contact tracing outside of outbreaks, due to an overwhelming number of cases. Instead, U of T’s occupational health nurse undertakes all the university’s contact tracing. The nurse also keeps track of all the university’s COVID-19 case numbers — all community members who test positive for COVID-19 are urged to report to them.

Simon Fraser University, which reports to Fraser Health, has been quiet on COVID-19, like UBC. Unlike U of T, contact tracing in the SFU community is handled by its public health authority.

“If SFU is asked by public health authorities to notify our community members of a confirmed case we will do so,” said Tiffany Akins, SFU’s director of media relations and public affairs, in an email.

It appears that UBC isn’t completely tight-lipped on community cases though. UBC Okanagan, which falls under Interior Health instead of Vancouver Coastal Health, has disclosed a positive case in its community in early November. The information was circulated in an email sent to some but not all students, reported Castanet. Ramsey pointed to this case to show that UBC would release information on cases if directed.

Ramsey said that the university recognizes community concern around the possibility of COVID-19 cases on campus.

“We understand their desire for transparency,” he said. “We must be mindful of privacy considerations and ensure we’re supporting health authorities’ efforts to contain this pandemic.”

Matthew agreed. “Definitely don’t mention the individual’s name, they do deserve privacy,” he said. “But just knowing that there are cases on campus would be more than enough for myself.”