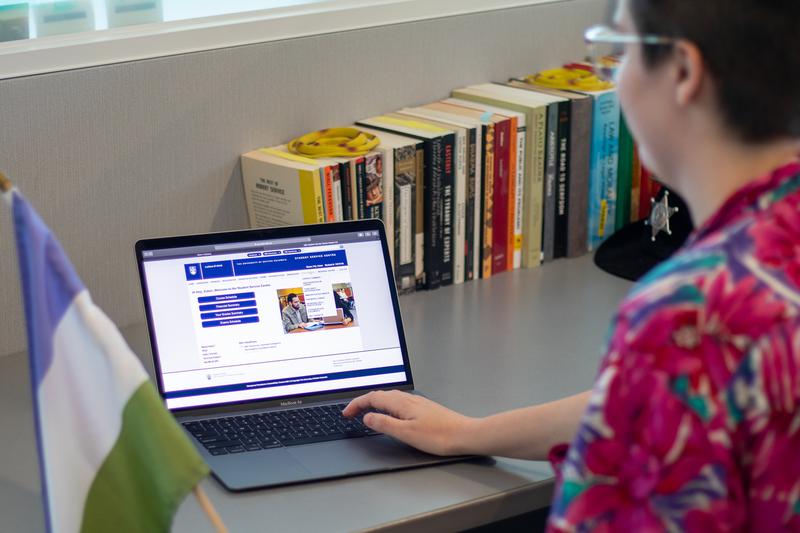 “What’s the point of being inclusive if you are not including people who are not cis?” Zubair Hirji

UBC is facing criticism from 2SLGBTQIA+ students for its information systems not accurately depicting their identity.

The Student Information System (SIS), the collection of systems that manages student academic, financial, scheduling and course information, requires that all students select either “male” or “female” to describe their gender.

But in a written statement to The Ubyssey, Deputy Registrar of Enrolment Services Andrew Arida said non-binary students can still make a note about this.

According to Arida, the reason non-binary gender options cannot be reflected in the system is due to the fact that SIS is over 20-years-old.

It is “currently exempt from guidelines [that support the collection of non-binary markers] due to technical limitations, as the system reflects historic structures and business requirements,” he said.

Phoenix Synkova, a fourth-year computer science student and a member of Queer Coded — a group for queer and transgender people in the Computer Science (CS) department — said they understand the technical difficulties.

“On the one hand, being a CS student, I feel and I see the pain of changing the whole system from one thing to another, especially when you add one more option. There are tons of things you need to start to consider,” they said

But Synkova emphasized that the lack of a non-binary gender marker can still impact the inclusivity of the communications students receive.

“Sometimes they use that data to send you certain emails catering to the gender that they have and I don’t really want to get those emails,” they explained. “I don’t want to take away from women on the events, but they keep sending [emails] regarding “woman in tech.” [The fact that] trans women will not get those emails irks me the most. What’s the point of being inclusive if you are not including people who are not cis?”

UBC management software is in the process of transitioning to a new software called Workday which will upgrade UBC’s Student, Human Resources and Finance administrative systems. This project, commonly referred to as the Integrated Renewal Program, will start in April 2020 and is estimated to take three years to complete.

Workday will accommodate for non-binary gender markers, but many students will not have their gender represented accurately at UBC for the years it takes to be implemented.

“The Equity and Inclusion Office is taking steps to help support systems change in this area in collaboration with campus partners,” said Sara-Jane Finlay, the associate vice-president of UBC Equity & Inclusion. “We work with non-binary students to listen to their experiences, identify what barriers they are encountering, and support them through the process of removing these barriers where possible.”

Synkova said they can understand that a complete systems overhaul won’t take place overnight, but they’re frustrated that the problem has been unaddressed for so long.

“People coming out as non- binary has been [happening for] a long time already and they had quite a lot of time as the leading university to look into that and try to accommodate students more.”