UBCO celebrates gender diversity at Open to Expression, an artistic homage to Transgender Day of Remembrance 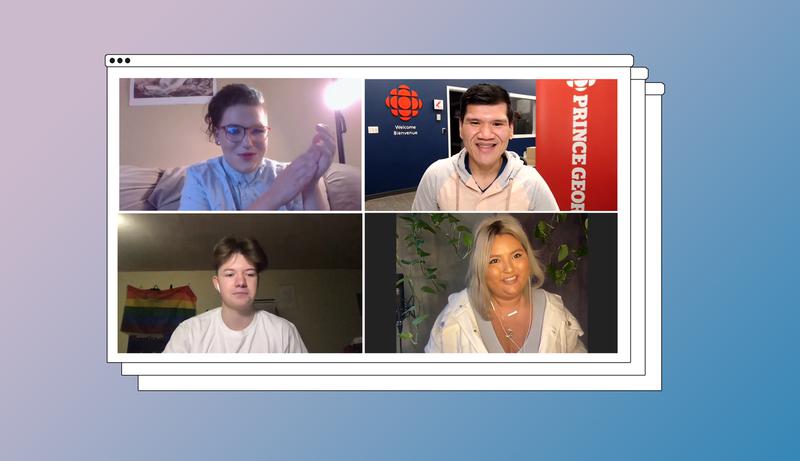 “To have an event which was about people coming to space and expressing themselves, it was very important for us to bring in art.” Jasmine Foong

The event, Open to Expression, was sponsored by the UBCO provost office and the Equity & Inclusion Office (EIO).

The theme of the event was chosen to reflect how gender diverse people express themselves, with a focus on art and performance.

“To have an event which was about people coming to the space and expressing themselves, it was very important for us to bring in art because that’s how we crack open that gateway to people’s raw and vulnerable emotions,” said Atmaza Chattopadhyay, a second-year arts student and coordinator of the event.

While a virtual format could allow people perhaps not comfortable attending in public to use aliases, the virtual platform did raise security concerns for those organizing the event.

“There are elements of technology that we can’t control. So there were six of us there for security, monitoring the chat, monitoring videos,” said Parpti Mallhi, a third-year philosophy, politics and economics major and inclusion action plan assistant at the EIO.

Skylar Dubois, the head coordinator of the PRC and a second-year science student at UBCO, moderated the event. After acknowledging the Syilx land, Dubois led a moment of silence for the transgender people who had lost their lives and read out a few of their names.

“Johanna Metzger who taught herself to play multiple instruments. Helle Jae O’Regan, who often spoke out on injustice. Brian ‘Eagles’ Power, who is known for their colourful unicorn braids. Brayla Stone, who was only 17, and Merci Mack, who just before her death posted about enjoying baking and looking forward to going back to work at a local restaurant.”

Fundal talked through what podcasting about transgender identities had taught them about themselves, and Broughton shared some of his poetry relating to his gender while discussing his own privilege.

“People seem to forget about that intersectionality of those crossroads from both sides of it. I even have to remind myself sometimes that I have it so good compared to the lives of so many other trans people,” said Broughton.

Nimkish spoke about how she was nervous to use pronouns in her 2019 album Heartbreak of the Coast. As Nimkish sang two songs, many participants danced along in their kitchens and bedrooms.

Dubois recited some poetry to start the open mic section, which participants said in the chat gave them goosebumps.

The meeting migrated over to Jamboard, a virtual platform that allows multiple to draw and write simultaneously, to work on a community mural. The open mic concluded with a group rendition of “Cups” from Pitch Perfect — which Zoom lag complicated, but that seemed to be part of the fun. Dubois said it went better than they were expecting.

Dubois closed the meeting with a grounding exercise to help people move spiritually from the virtual space back to their own.

Mukherjee-Reed affirmed that gender diverse people have a space on campus.

“At UBC, we are committed to becoming an inclusive and welcoming campus environment for all expressions of gender and sexual orientation amongst our students, faculty, staff and community members. And I use the word becoming very consciously. This is really a beginning and all of your efforts are moving us in this direction.”