Opening in a pandemic, a shaky start for some University Boulevard businesses 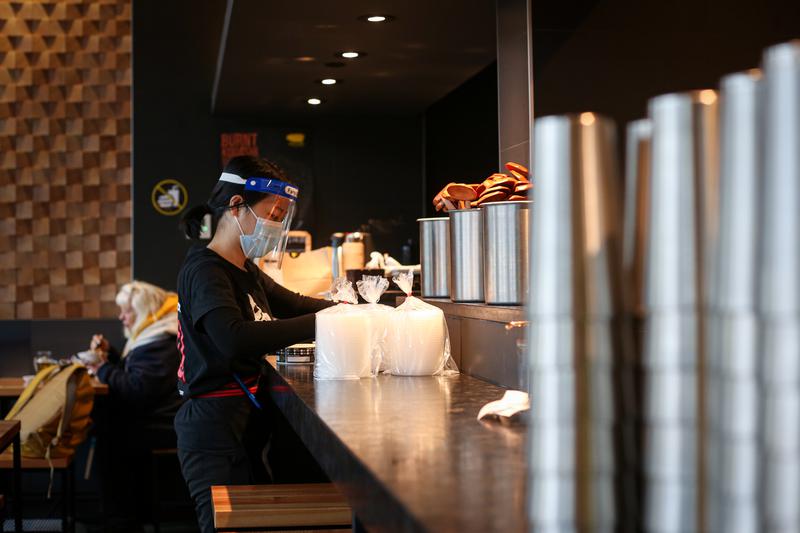 A handful of businesses opened on University Boulevard during the pandemic, to varying levels of success.

Kinton Ramen opened its first British Columbia location on University Boulevard in August, and has been successful so far.

“At the beginning we were very worried about the pandemic,” said Vannie Nguyen, a floor leader at the soup house. “But since we opened, it’s actually doing better than we expected.”

Nguyen attributes Kinton’s success thus far to the fact that even during a pandemic, UBC has a thriving student and non-student population. Additionally, the good weather in September and October didn’t hurt. With the sun out, Kinton could keep its patio open, which alleviated the stresses of having people sit inside.

November has seen Kinton’s business slow, likely with the rain forcing everyone inside and COVID-19 cases skyrocketing in the Lower Mainland, Nguyen said.

Ryuu Japanese Kitchen opened on University Boulevard less than a month after Kinton, but business has been slow.

Despite Ryuu being well-situated for student traffic and exposed to the same market as Kinton, Ryuu manager Makiko Yamashita said it’s been quiet.

Students are a critical demographic for any business on campus and Nguyen estimates that 60-70 per cent of Kinton’s business on weekdays consists of students. That same student business has not been there for Ryuu.

One factor separating the two restaurants has been promotion. Kinton has offered non-stop promotions since opening, a strategy that Nguyen said will continue for the foreseeable future.

Ryuu has not yet reached the peak of its promotion phase and has been unable to offer anything similar thus far due to licensing complications. However, that will change soon according to Yamashita, though she did not elaborate.

“I believe that not many people that live nearby know us yet, we still have a lot more potential to reach out and introduce our menu and food.”