‘Paradigm shift’: How the National Inquiry into Missing and Murdered Women and Girls will shape UBC 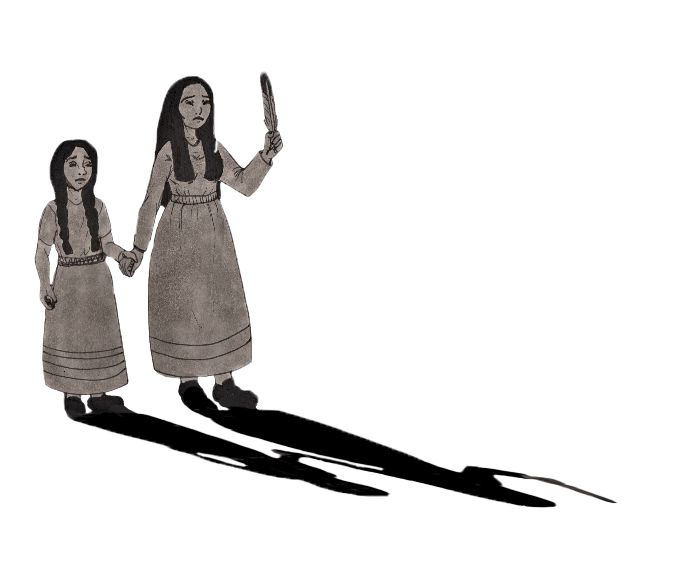 After more than three years of truth-gathering and testimonials from community members, knowledge keepers and experts, Canada’s National Inquiry into Missing and Murdered Indigenous Women and Girls (MMIWG) has released its final report and recommendations in early June.

And UBC is heeding its Calls for Justice.

“I think UBC as an institution is well situated to salute [other] Canadian universities to change,” said the Inquiry’s Chief Commissioner Marion Buller in an interview with The Ubyssey.

The roughly 1,200-page final report titled “Reclaiming Power and Place” features nearly 1,500 testimonies, from both survivors and family members of those affected. In total, over 2,300 people participated in the Inquiry.

The report was commissioned in 2015 after Indigenous peoples urged the federal government to take action against alarming statistics for many years.

According to Canada’s 2004 General Social Survey (GSS), homicide rates among Indigenous women were roughly seven times higher than that of non-Indigenous women. Additionally, the Native Women’s Association of Canada (NWAC) found that “only 53% of murder cases in NWAC’s Sisters In Spirit database have been solved, compared to 84% of all murder cases across the country.”

The report also lists 231 “Calls for Justice” — steps the Canadian government and people must take to end the violence against Indigenous women, girls and 2SLGBTQQIA+ people.

According to Dr. Sheryl Lightfoot, senior advisor to the president on Indigenous affairs from the Lake Superior Ojibwe Band, the Inquiry’s Calls for Justice will be incorporated into UBC’s Indigenous Strategic Plan.

The new plan builds upon UBC’s Aboriginal Strategic Plan (2009) and responds to the Truth and Reconciliation Commission (TRC), which investigated the systemic impacts of Canada’s residential school system on Indigenous children and families.

The TRC concluded that the system amounted to cultural genocide, but the National Inquiry determined that the Indigenous genocide is not just cultural, but violent. The systematic murder of Indigenous women, girls, and 2SLGBTQQIA+ people is its most stark example.

Lightfoot, who at the time of publication was still reading through the final report, said she found the 231 Calls for Justice and the TRC’s 94 Calls to Action to be consistent.

“In fact, there are elements [of the National Inquiry’s final report] that build on, broaden and add some enhanced specificity to the TRC’s Calls… the two sets of Calls seem to go hand in hand, and both with an eye toward deeply transformative change,” she wrote in an email to The Ubyssey.

The Inquiry’s most relevant section to UBC is Call for Justice 11.1, which recommends “post-secondary institutions and education authorities to educate and provide awareness to the public about [MMIWG] and about the issues and root causes of violence they experience.”

It adds that “all curriculum development and programming” must be written in partnership with Indigenous peoples and include “historical and current truths” about genocide, colonization and Indigenous history, law and culture.

“The true history of Canada ... [should be] included not as an elective, not as an add-on, but actually integrated into curricula,” said Buller. “No more of this ‘Canada was discovered,’ because, quite frankly, we were never lost.”

While she did not mention specifics, Lightfoot said she has been “discussing [the Report’s] implications with President Ono and other members of UBC Administration” as the Indigenous Strategic Plan moves into its action-planning stage.

“Working groups and consultations will be conducted in the coming months with various stakeholders around UBC to discuss how to turn these Calls into actions at UBC,” she said.

But Dr. Linc Kesler, the former senior advisor to the president on Aboriginal affairs, believes there is “nothing more critical” students can do than become knowledgeable about the systemic nature of violence facing Canada’s Indigenous peoples and take that knowledge with them into their “future lives and professions.”

“The action to take against [violence] is to become informed,” said Kesler.

“That's the kind of culture shift that I'd like to see in all universities, in all communities. To value the longstanding grassroots resistance, the work that people have already been doing.”

In particular, UBC’s First Nations House of Learning hosted a conference to address “issues of murdered and missing Indigenous women and girls on both sides of the Canada-US border” shortly after the report’s release. The conference featured a keynote speech by Buller and other guests like North Dakota state representative Ruth Buffalo.

“I think UBC is quite different than most other universities in that for more than ten years now, we have had a very sustained and defined plan to Indigenous initiatives at the University, which is comprehensive,” said Kesler.

But both Kesler and Hunt warned that addressing this issue will require serious and ongoing attention.

“[These reports] focus people’s attention very briefly, and then most people go on with their lives,” said Kesler. “These things will not change without sustained following and without a really well-delineated approach.”

“Instead of seeing [the final report] as a door that's closing on an inquiry, we should see this as an opportunity that's been started to finally create widespread change around this issue,” said Hunt. “We still have a lot of work to do to even begin to grapple with what this violence looks like... There’s still a lot of work Canada has to do as a country.”

—With files from Henry Anderson.