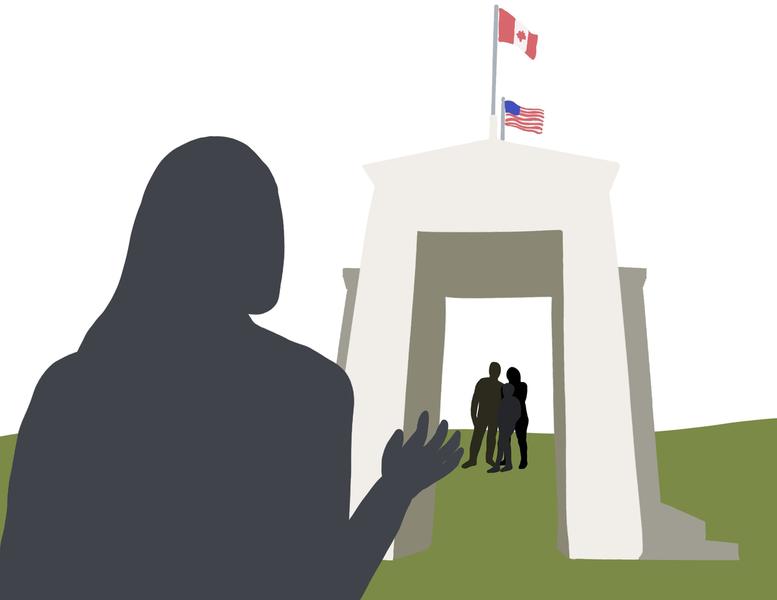 UBC students have had to find other ways to stay connected with loved ones after the Peace Arch closure. Lua Presidio

Third-year global resource systems major Lian Boltwood used to enjoy visiting her American family at Peace Arch Park in June, having picnics and playing chess with them in the park’s greenery.

“It was really fun,” she said. “It was so nice to be able to see them having not seen them for a while.”

But since then, UBC students like Boltwood had to find other ways to stay connected with loved ones after the closure of Peace Arch Provincial Park due to public health concerns.

On June 18, the BC government temporarily closed Peace Arch Park located on the United States–Canada border, making it difficult for UBC students to reunite with their families during the COVID-19 pandemic.

Peace Arch Park is a green space originally intended to be a space where residents of both countries can meet without going through customs.

The Ministry of Environment issued a news release stating that the park saw an increase in the number of visitors, raising public safety concerns in neighbouring communities due to the rise of cases south of the border.

After attendance to the park doubled twice as much compared to last year and increased pedestrian traffic along roadways, the ministry consulted with RCMP to implement measures to reduce park visits. BC Parks proceeded to shut down the park after measures proved ineffective.

Due to a legal loophole, Canadians can still cross into the United States side of Peace Arch Park by crossing 0 Avenue in Surrey, BC.

The RCMP said to CBC that the American side, while governed by Washington State, is not a port of entry, which is why the Canadian Border Services Agency is not responsible for stopping pedestrian crossings.

Third-year land and food systems student Abby Ukich said she learned about the loophole after hearing about it from a friend and went to meet her mom at the park.

“Initially, I was a little confused how that would work because that means I’m the one that has to cross the border. I was like, ‘Okay, what does that mean when I come back?’ But it really meant nothing.”

She parked in a neighbourhood on the Canadian side and “literally crossed a ditch,” but only saw a couple border patrol officers. She wore a mask and followed physical distancing guidelines.

After BC closed its side of the park, she was “shocked,” but she was glad to have visited her parents.

“I feel quite lucky,” Ukich said. “I know that the border separation for other countries is obviously more difficult for people. And my parents aren’t too far away.”

Boltwood was confused to learn that the park was still open after the closure. She said she saw parties, barbecues and couples on dates, but she was also surprised to find out that entering the park didn’t feel like crossing the border at all.

“Even though it is sad that we don’t get to see people, I think it makes sense,” she said. “And working around it, I say we just had to call each other more.”