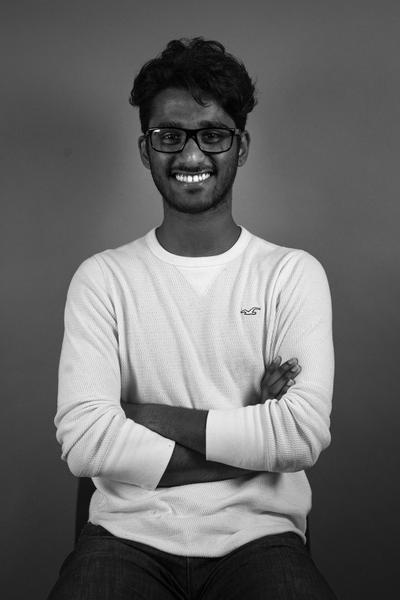 “It's important to be on the same page with these organizations and … ensure that we're working together to achieve that because when we work together we can achieve more.” Sophie Galloway

Harresh Thayakaanthan is centering his campaign for AMS president on a platform of affordability, social justice and student support.

The third-year science student and current president of the Resident Hall Association (RHA) said his top priorities were promoting a democratic student union, mental health and sexual violence support and the multi-faceted issue of affordability.

“Affordability plays a major role in multiple aspects of an individual's life that affects their access to food, which leads to food insecurity, [it] affects mental health, and the whole way they engage in the community,” Thayakaanthan said.

Citing rising costs of textbooks, he said he would advocate for the expansion of open educational resources — a topic that has traditionally been spearheaded by the VP Academic and University Affairs.

Outside affordability, Thayakaanthan also wants to focus on student engagement and support. He outlined hosting monthly town halls on different topics of concern for students and engaging more with clubs.

“Clubs are one of the best resources that the AMS has and it's not being optimized to its full potential,” he said, further explaining that engaging with clubs could help the AMS better understand student needs and how the AMS can support them.”

In a question on which committees he’d consult with to achieve his goals, Thayakaanthan said it was important to work with executives, but did not mention the executive committee by name.

He further articulated the importance of engaging with social justice groups on campus — citing the Social Justice Centre, UBCC350 and Climate Hub — and said it was important to make sure they were connected on student advocacy topics.

“It's important to be on the same page with these organizations and … ensure that we're working together to achieve that because when we work together we can achieve more.”

He also mentioned making the AMS more open to newcomers and introduced an idea of creating “an anonymous video submission” that would allow students at large to submit statements to Council if they did not want to come in to present.

In the debates, however, Thayakaanthan struggled to articulate his points in comparison to his competitors, Ian Stone and Cole Evans, both of whom have prior AMS experience.

Thayakaanthan cited the AMS Annual General meeting as something he’d like to improve next year and ensure higher turnout.

“Just because we only met quorum once, doesn’t mean it can’t happen again,” he said.

“I think the AMS needs to drive to engage students, to help students understand, and I think, blaming students for not caring about the AMS is not the way to go.”