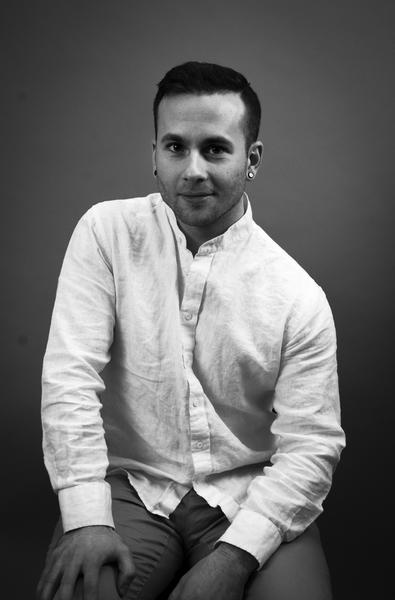 “The president can go out there and really get better feedback from students. To actively make the opportunity to speak to a diverse group of people, not just the people that come to us.” Sophie Gallloway

Ian Stone is hoping to bring his experience working with students “on the ground” to the role of AMS President.

The seventh-year political science student and current AMS Student Services Manager hopes to transfer his experience managing the AMS Services and engaging with students to the presidential position.

Stone outlined three main projects for his platform: enhancing career development, bringing a cannabis dispensary to campus to help fund services and tackling housing affordability by developing a new service and exploring the idea of the AMS developing its own affordable off-campus housing.

Stone admits that these are all ambitious goals that most likely will not be fully completed by the end of his term. But he hopes to set the groundwork and help the AMS be more proactive in their work on student issues.

“I really want to be able to start that footstep, to be the person that gets started so that my [successors] can continue with it as well,” said Stone.

“But ultimately if we want to stay relevant we need to start thinking towards the future, and what future students might want, but also while serving students now.”

Stone said that while his predecessor had a “mind for policy,” he wants to dedicate the role to more proactive engagement with students, citing the consistent 20 per cent voter turnout in AMS elections as a reason why engagement is necessary.

“The president can go out there and really get better feedback from students. To actively make the opportunity to speak to a diverse group of people, not just the people that come to us,” he said.

“The policy is important. I'm not an expert on policy by any means, but I'm definitely interested in kind of figuring out how we can get on the ground, how we can help the individual students having a hard time.”

During the debates, Stone was often put on defense by competitor and current AMS VP Administration Cole Evans who called him out for not including plans for equity, Indigenous engagement, survivors of sexual violence and climate action in his initial platform, and then again for changing it to include those topics.

Stone defended his decision, saying it was the mark of a good leader to incorporate feedback.

“I listened and I changed my mind. I think it’s a good leader to be able to take responsibility and to be humble enough to listen and say, ‘Hey, I messed up. I will change,’” Stone said, at the Great Debate.

Stone was also quick to acknowledge the fact that only men candidates were running for president this year and said he’d work to meet with more diverse groups “where they are.” He has also promised that if elected, his first act would be to go on a listening tour.

“I just want to hear from students, and I will proactively go to where students are to figure out how next year or the year after, we’re not just having a bunch of dudes running for all these positions and we’re actually having a diverse group of students because they’ll ultimately make the AMS better.”