Graphic: Pro-life activists protest outside of the Nest 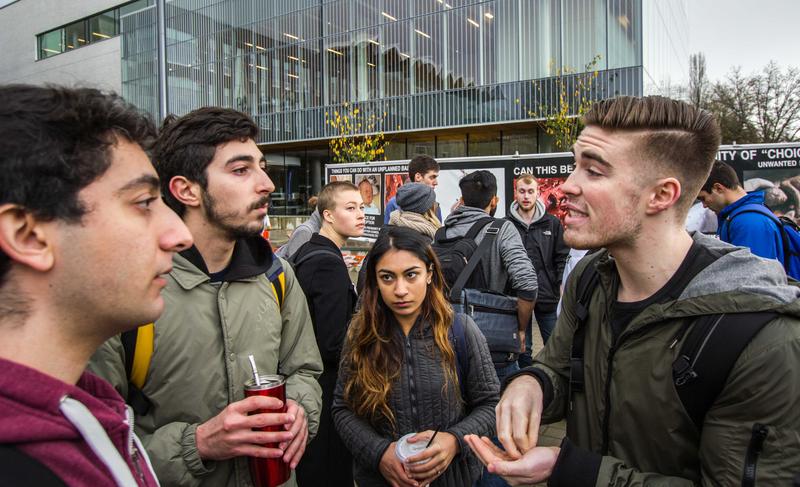 Students debate in front of the display. Photo Jack Hauen / The Ubyssey

Update Thursday, November 19, 1:21 p.m.: The counter-protest outside the Nest has gained traction, with a crowd of about 30 people opposing the pro-life demonstration.

The pro-choice supporters have signs prepared with slogans in support of women’s reproductive rights, such as “pro-life is a hate movement.”

The counter-protest is championed by GRSJ undergraduates, who “strongly believe in the right to choose,” according to their Facebook event for the protest. There are also unaffiliated students present, who are also protesting. This counter-protest was scheduled to run from 11 a.m. to 1 p.m., but is still ongoing at the time of publishing. 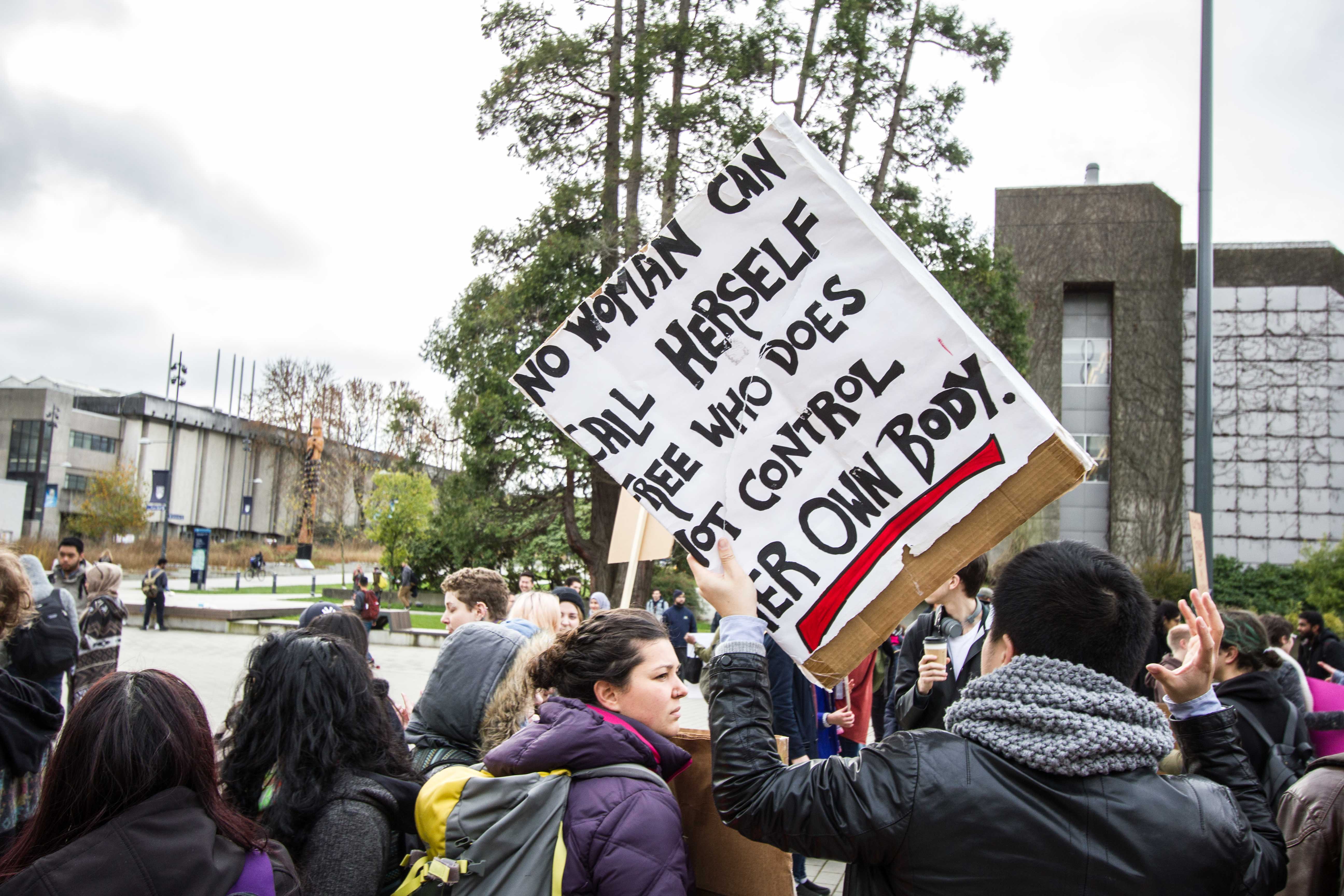 Pro-life protesters gather outside the Nest. 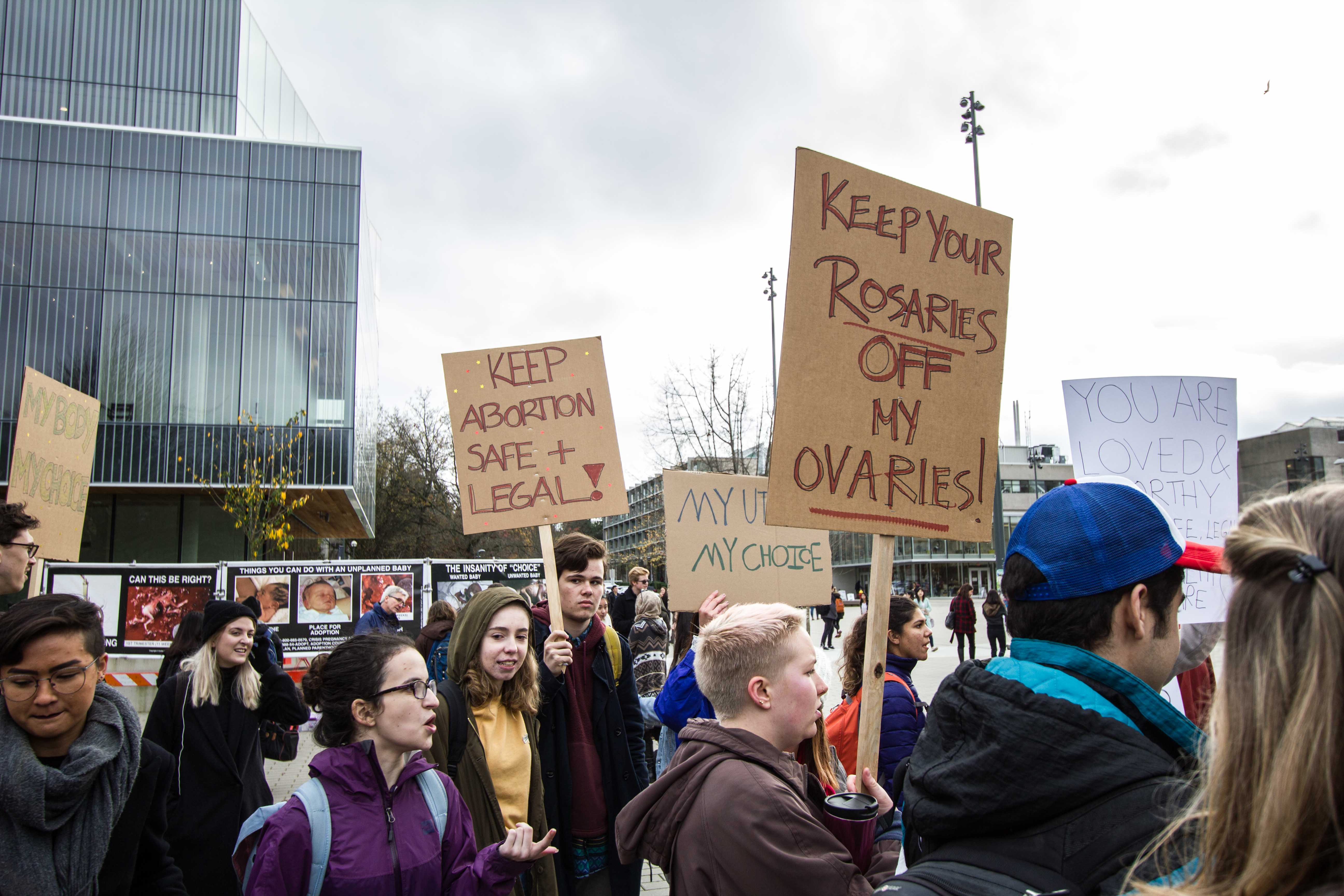 Several pro-life activists have set up posters and cones at the plaza outside of the Nest since 8 a.m. as part of their “abortion awareness project.” Since then, pro-choice supporters have set up in the same area, counter-protesting for the right of a woman to make choices in regards to her reproductive rights.

Pro-life protests have been occurring on campus yearly approximately since 2001. The last protest took place in early March of this year, and received substantial backlash from the UBC community, namely for its use of the large, triggering images on display.

UBC Lifeline, the pro-life club on campus, put on the event in partnership with the National Campus Life Network and the Canadian Centre for Bioethical Reform (CCBR).

“Our goal is promote the life of all human beings,” said Irene De Souza, a student and president of UBC Lifeline. “And that’s specifically why we’re here — we’re here to educate people on what abortion means for human beings, and that it is a human rights violation.”

This year, UBC Lifeline is not putting up any images equating abortion to the genocide or the Holocaust, which was a major point of discontent within the counter-protests in March. 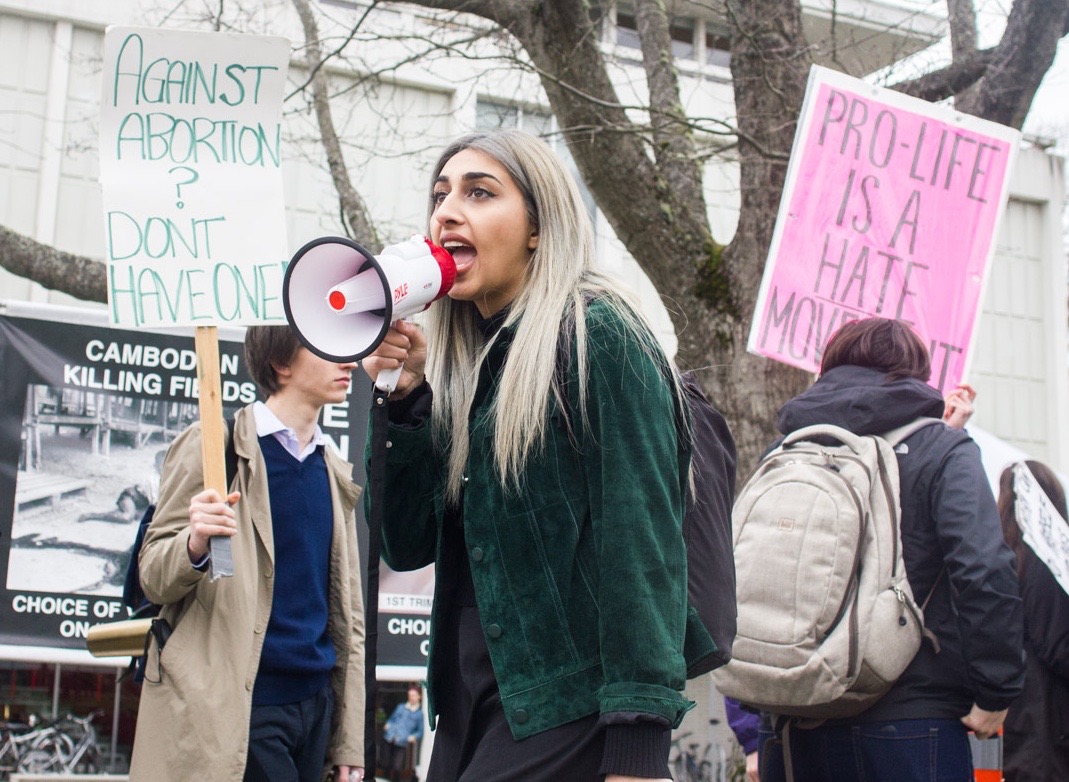 “That [genocidal content] was such a huge distraction in the minds of those we were talking to. Because our goal is to talk about abortion as a human rights violation, we decided not to use them this year,” said Alex Vande Varuinhorst, a representative for the CCBR, on why the pro-life group decided to not use those images this time.

There are, however, still about half a dozen large posters with graphic images of aborted fetuses and babies.

“Every successful social reform movement of the past has never been successful by hiding injustice that is being inflicted. The images are disturbing — I’m not saying that they aren’t,” said De Souza on why the Lifeline club chooses to use images in their campaigns.

The unaffiliated students that The Ubyssey interviewed exhibited mainly the same viewpoints as last year, noting that the pictures displayed were found to be inflammatory and disturbing.

“It’s kind of grotesque,” said UBC student Ian Fenner. “I mean, intuitively, I understand where they’re coming from — I just don’t necessarily think it’s the best way to express your views on any issue. Scare tactics aren’t the best form of discourse. I guess if you want to get people's attention, yeah, it works.”

At the time of publication, several pro-choice students were holding up a large cardboard banner with the words “Pro Women! Pro Choice!” written on it. They were intentionally standing in line with the row of the Lifeline club’s graphic images, with the intent to block the images from passersby. 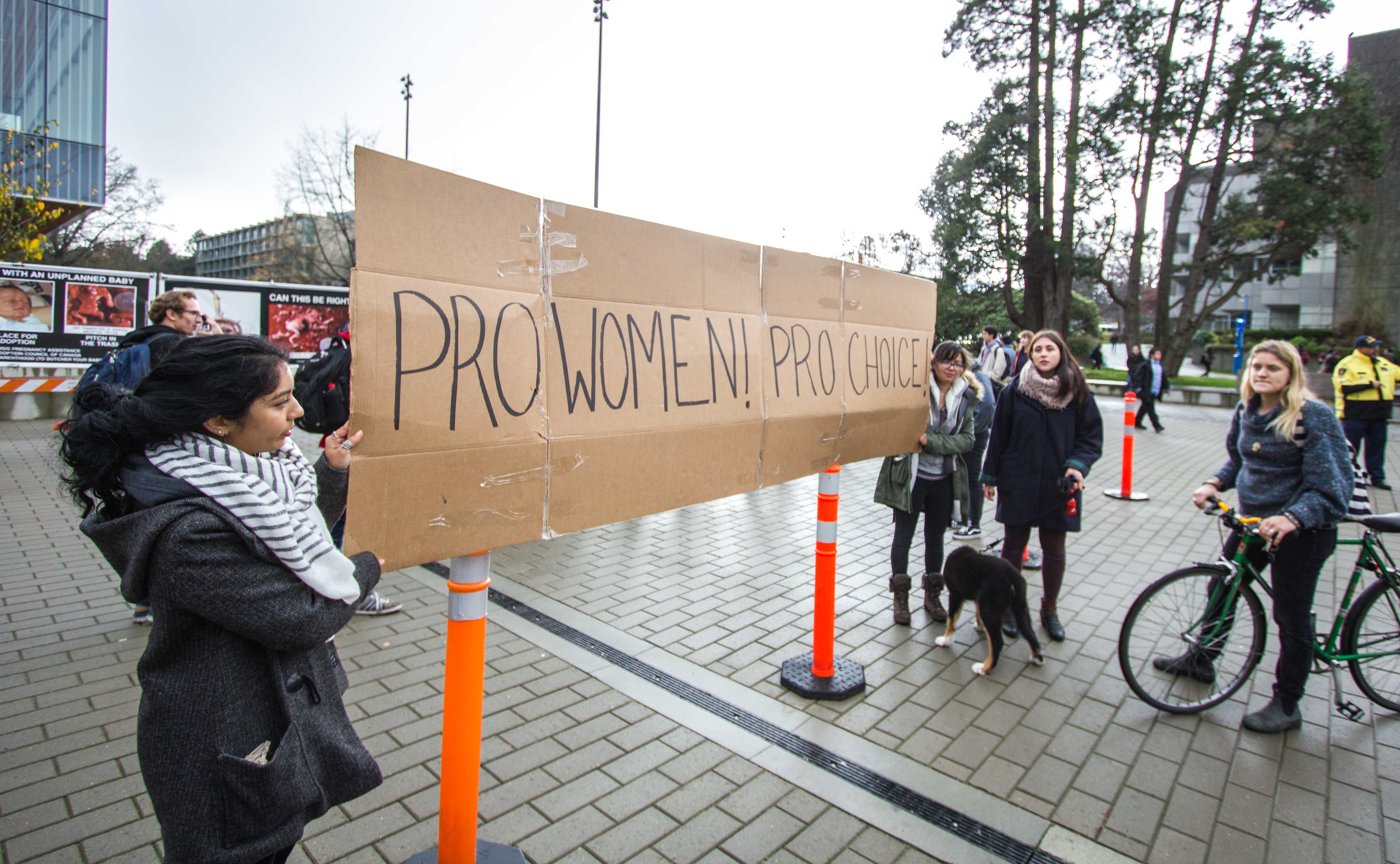 “It’s important, especially in counter-protesting, just to hold up a sign like this because people walking past don’t have a choice in looking at the photos that they’ve presented,” said Sydney Snape, a recent UBC graduate and one of the women holding up the pro-choice sign. “I just wanted to make it clear that people and women especially do have support here on campus, and that they don’t have to look at these photos.”

According to a written statement from Susan Danard of UBC’s public affairs department, the pro-life protests are not shut down by the university due to the commitment that the university wants to demonstrate to freedoms of academia and expression.

“We know the displays on campus may be upsetting to some in the community and we understand their concerns. However, as a university, we place tremendous value on the free and lawful expression of opinion, even if some members of our community disagree fundamentally with the ideas expressed,” wrote Danard. “The Vancouver Senate Statement on Academic Freedom guides our actions in this regard. Forms of speech should not be banned simply on the grounds that they are deemed by some to be offensive or unpopular. As Lifeline is an AMS-sanctioned club, questions about the group’s club status should be directed to the AMS.”

“We just went through [a process] that any other club on campus would and we booked a space,” said De Souza of UBC Lifeline’s process of getting their protest approved. The pro-life demonstrators will be in the same location from 8 a.m. to 5 p.m. until Friday.