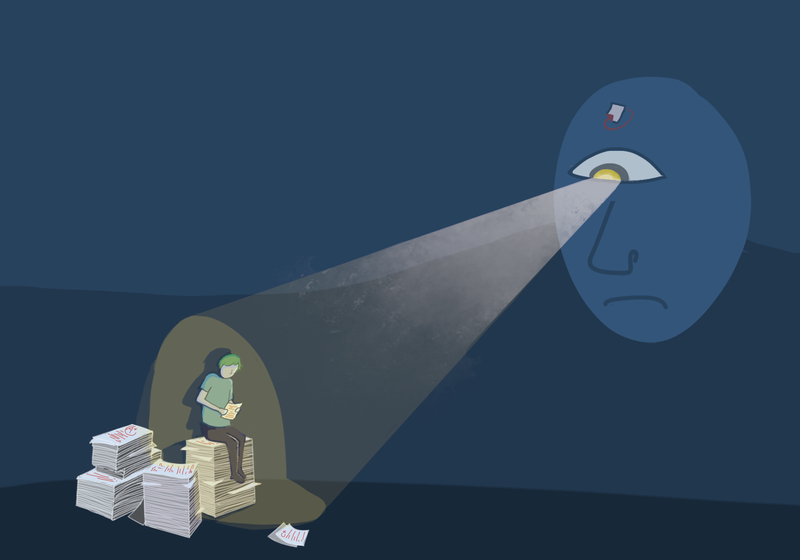 Linkletter has been a vocal opponent of UBC’s continued usage of the exam proctoring service. File Kristine Ho

Proctorio has filed a civil claim against UBC staff member Ian Linkletter in the Supreme Court of BC.

The claim, filed on September 1, states that Linkletter, who is a learning technology specialist with UBC’s Faculty of Education, has “repeatedly caused the plaintiff’s copyrighted, confidential and proprietary information to be disseminated online inter alia via Twitter and has encouraged others to share the plaintiff’s information, including the source code for its software.”

It cites Linkletter’s conduct on Twitter, specifically Linkletter making public links to Proctorio’s videos on August 23 and 24, which Proctorio calls “confidential and proprietary.”

The claim also states that Proctorio deactivated the links “after becoming aware" that the confidential videos were posted. He also posted a screenshot on August 29, 2020 that Proctorio claimed “is in direct violation of the Terms of Service.”

Linkletter has been a vocal opponent of UBC’s continued usage of the exam proctoring service, often sharing articles and petitions against the use of the service.

On August 25, he criticized the company for including the Room Scan feature in an instructional video that Proctorio has since removed.

He also said that he did post the links to the videos, but did so out of concern of the prospect of students being watched by artificial intelligence while taking an exam.

When contacted by The Ubyssey, Linkletter declined to comment on the case.

Proctorio, the exam proctoring service that some UBC professors have opted to use throughout the COVID-19 pandemic, has been a source of controversy in the university community over the summer. In June, the CEO of Proctorio posted a UBC student’s chat logs on Reddit, prompting broad concerns about privacy.

“I’m agitated tonight because the CEO of Proctorio attacked a student in my University subreddit, calling them a liar and posting their chat support logs,” Linkletter tweeted on June 26. “Unacceptable behaviour.”

The AMS spoke out against the company, with VP Academic and University Affairs Georgia Yee saying at the time, “This is a great opportunity to have a specific, [focused] conversation about alternate assessment strategies, especially surrounding accountability and other concerns around algorithmic test proctoring.”

Nevertheless, the university maintained its relationship with Proctorio, citing a privacy impact assessment it had conducted on the software. The AMS has since released an open letter on its lingering concerns with the software.

“Proctorio should be defunded. Remote invigilation is valuable but it's evident that Proctorio is not ethical, equitable, or aligns with any of our values at UBC as an institution,” Yee tweeted on Thursday.

The Ubyssey has reached out to Proctorio for comment.

This article has been updated to clarify that Linkletter shared videos of the ‘Room Scan’ feature and that Proctorio deactivated the links to the videos.