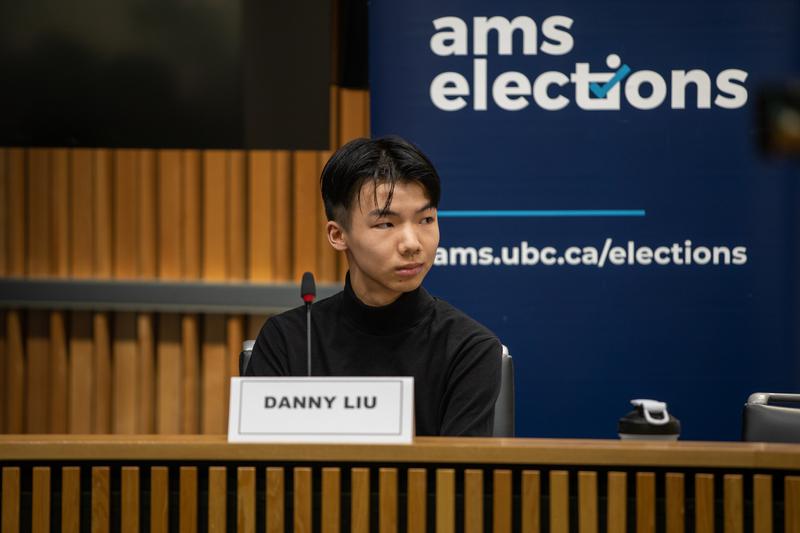 Liu’s most ambitious goal, perhaps, is to bring the SLFS entirely into the AMS. File Zubair Hirji

As a Science Undergraduate Society representative on AMS Council this year, Liu has been busy consulting on an upcoming code change. He wants to bring his experience with society bylaws to the SFLS.

“I see many things that could be improved on in terms of how the society operates ... and when these changes are put into paper, there's finally something to hold the future leaders accountable.”

One improvement Liu would make would be to the SLFS’s financial reporting. He proposes a change of the SLFS bylaws to require the publication of a budget in addition to the quarterly reports the society releases.

“You can say you want to publish your budget for next year. That's perfectly fine, but if you don't make the code changes, who's to say that next year’s SLFS Board of Directors will follow suit, or next next next year's?”

Liu also wants to make it easier for everyday students to effect change at the SLFS. He suggested a mechanism for bylaw change via referendum similar to the AMS’s policy.

Liu’s drive for accessibility focuses on under-represented groups on campus, such as international students.

“For those who like may not have English as their first language, for example, navigating the appeals process or just any lines of code, or just even law itself might be extremely difficult, as some of it is super jargonous.”

Liu recognizes difficulties in reaching out to international students.

“I can't just like go to the Vantage College ... ask ‘What are some problems' and then just take that as the word for all international students.”

He suggested that adding SLFS questions to the AMS academic experience survey would get feedback directly from students themselves.

Liu’s most ambitious goal, perhaps, is to bring the SLFS entirely into the AMS.

But the SLFS’s independence would be essential if a student ever needed representation in legal cases against the AMS or the university. Notably, Liu did not bring up this platform point in debates.

Otherwise, Liu struggled to differentiate his views in debates from that of Students for Students, the slate of six candidates he’s running against. He said that he kept his goals purposefully open-ended and nonpartisan so that he could cooperate with the other members of Students for Students should he be elected and have to serve alongside the rest of the slate.

“Frankly, looking at all their goals, I am more than committed to working with them as a team,” he said in Friday’s Great Debate.