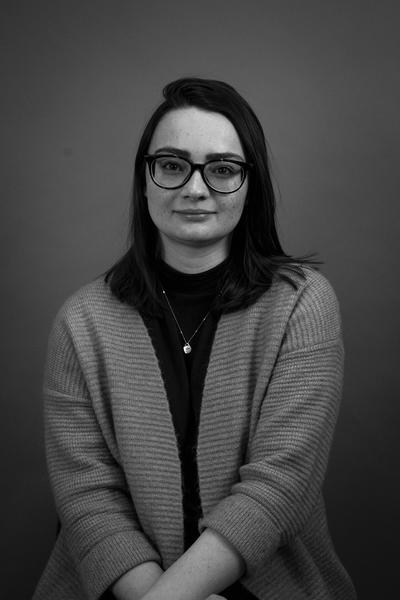 Malone first ventured into student politics as the Engineering Undergraduate Society VP Communications in 2014 and eventually served as its president. Elizabeth Wang

Jeanie Malone is pursuing her fourth term as a student representative on UBC’s Board of Governors (BoG), but she believes her time university governance is only getting started.

A biomedical engineering PhD candidate, Malone first ventured into student politics as the Engineering Undergraduate Society VP Communications in 2014 and eventually served as its president. After transitioning to the Board in 2017, Malone is running again on a platform built around the guiding principles of equity, affordability and transparency in addition to a “to-do list” of specific goals.

Her first and “more challenging” priority is to implement an Equity, Diversity and Inclusion statement of values across the university, an initiative that was set in motion after UBC was banned from the Vancouver Pride Parade for allowing anti-SOGI (sexual orientation and gender identity) figure Jenn Smith to speak on campus.

As chair of the People, Community and International Committee (PCI) — the first student to chair a BoG committee in over a decade — Malone is overseeing it herself as a joint project with the Senate.

As PCI chair, Malone has also led the development UBC’s sexual violence policy SC17, which is currently under its second review.

Malone and the other student governor on the Board, Max Holmes, have been championing a comprehensive affordability strategic plan that will integrate all of UBC’s affordability initiatives into a single vision.

“The Board gets a lot of topics that are just sort of one-offs … It's really challenging for a governor, particularly a provincial appointee, to actually understand [how they impact student finances],” she said. “… What's the impact of us increasing tuition on those sort of edge-point students who are really living a break-even life, living paycheck to paycheck? What's the impact of us investing in Work Learn or investing in housing bursaries?”

“So we've done tons of stuff, but we haven't got that bird’s-eye view, and that's what I want to see.”

Malone also aims to further develop relationships with staff, faculty and especially students. She explained that politicians can always do more to be transparent — “I can't be, like, a newsletter,” she quipped — but she still counts this as a success. Malone and her co-student governors have been writing op-ed explainers for The Ubyssey before every Board meeting since the fall of 2017, shortly after she entered her first term as governor.

When asked what set her apart from other candidates, Malone said she considers herself “fortunate” to have had a long academic career that sustains her work in student politics and allows her to develop the knowledge and relationships she needs to succeed as a governor.

“I think I'm an anomaly … The Board of Governors is an interesting place but the learning curve is really steep,” said Malone. “Certainly in my experience, it took me at least half the year [of my first term] to figure out what was going on, to learn the language.”

But despite being a veteran among students, Malone feels she’s ultimately only at the beginning of her career in academia and university administration.

“I have certainly been there with burnout and I know what that looks like, and I don't think that the Board or my work in this aspect has exhausted me to any extent,” she said. “I feel like I can give more, and I feel like I can do more.”