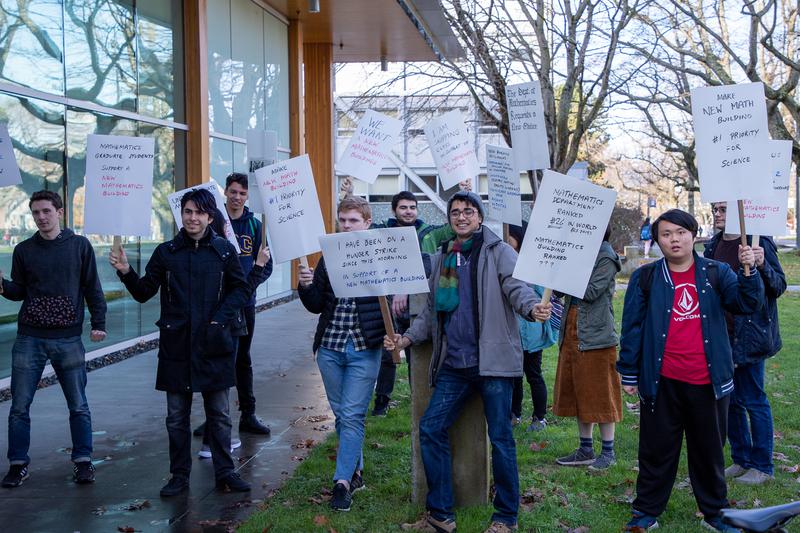 “Somehow we should be the number one priority for the faculty of science for a new building. I'm looking for that to happen.” Zubair Hirji

After years of external reviews recommending upgrades, a group of students and faculty members from the UBC mathematics department renewed the call for a new math building in a demonstration on Wednesday.

The demonstrators marched to the dean of science’s office in the Earth and Ocean Sciences Building holding signs calling on the university to prioritize a replacement building. The current mathematics building and the mathematics annex were built in 1925 as semi-permanent structures.

In March 2018, an external review presented to the UBC Vancouver Senate found the math department had “unacceptable” infrastructure and lacked resources and classroom space.

In a written statement to The Ubyssey, Dr. Philip Loewen, the head of the mathematics department, said external reviews in 1994, 2001, 2006 and 2011 came away with similar recommendations to improve the department’s physical space.

A new mathematics building is currently prioritized with “Executive 1” status, but UBC has yet to move the proposal forward because it has been unable to secure “funding, from provincial, university, and donor sources,” according to the 2018 review.

Dr. Richard Anstee, a professor in the mathematics department who was at the demonstration, said a new building is urgent.

“Somehow we should be the number one priority for the faculty of science for a new building. I'm looking for that to happen,” Anstee said.

Loewen confirmed that the building underwent a $2.25 million renovation project from July 2016 to September 2017. This included installing a women’s washroom in the math annex, re-carpeting, painting and repairing the ceilings that had been dropping large chunks of plaster. 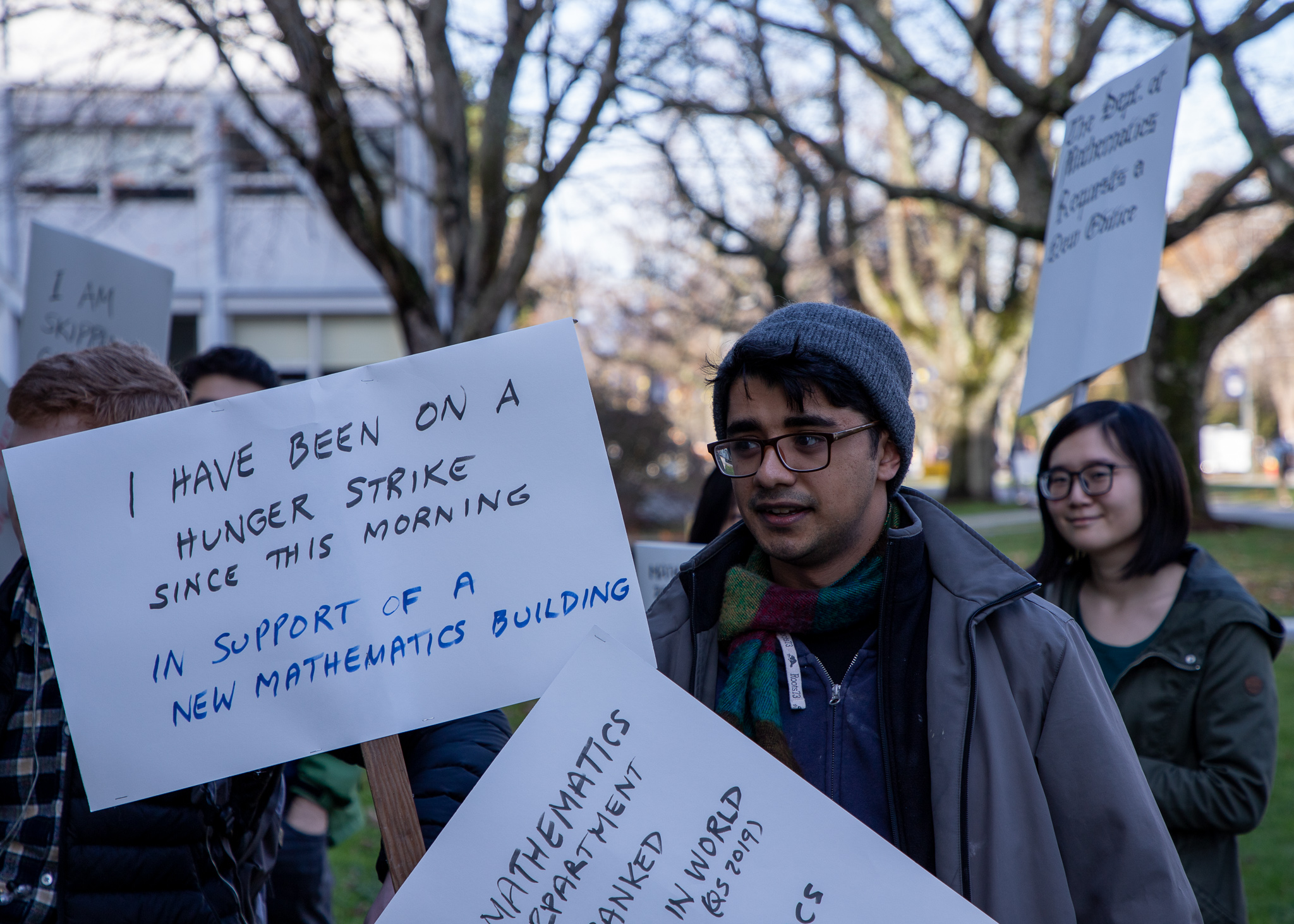 “We have trouble getting good spaces for our students both for seminars and and for their classrooms.” Zubair Hirji

The faculty of science also assisted with funding the modernization of the department’s administrative office.

Anstee’s concerns with the building included accessibility, safety and energy consumption. Additionally, he said the building’s small size is unable to hold all of the math department’s courses.

“We have trouble getting good spaces for our students both for seminars and and for their classrooms,” he said.

Loewen also confirmed that spacing was an issue with both classrooms and office spaces, which are scattered across campus.

“This year there are more than 200 sections of MATH courses in the winter session. Enrolment pressures are such that most of these sections do not fit into the classrooms of the existing Mathematics Building,” said Loewen.

“Gathering the mathematical community currently scattered across the campus under one roof would enhance community, improve morale and promote a focussed atmosphere of intellectual engagement in which research thrives.”

Fourth-year student Taeuk Nam said some of his main concerns with the building related to accessibility and sanitation.

“There’s no way to access the second floor if you’re in a wheelchair. So there are accessibility concerns because there’s no elevator,” he said.

Nam and Anstee added that the building also has a rat problem. Anstee has several rat traps in his office and Nam said when he was working as an Undergraduate Student Research Awards student, he found a live rat stuck in a mousetrap in his office.

In January 2019, UBC Managing Director of Infrastructure Development Jennifer Sanguinetti said there is no timeline for the construction of a new mathematics building, but it would likely take three to four years to design and build once funding is secured.

In a statement to The Ubyssey about the protest, John Metras, associate VP of facilities, said administration “appreciates the concerns” of the math department.

— with files from Zubair Hirji