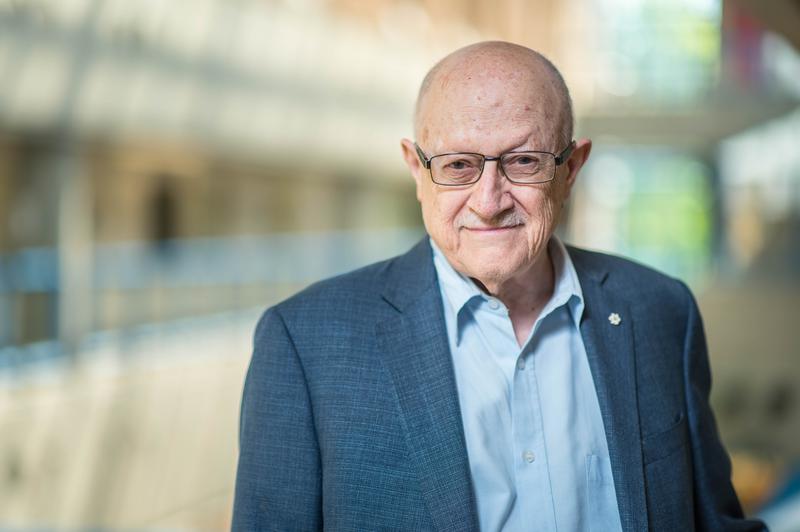 “It’s made me feel more secure that [the research] I was doing makes a difference.” Courtesy UBC Psychology

Dr. Peter Suedfeld, a professor emeritus in UBC’s department of psychology, has become one of the most recent recipients of the highest civilian order for Canadians.

In a ceremony held on November 21, 2019, Governor-General of Canada Julie Payette admitted 39 people to the Order of Canada for their service to the nation through their work. Suedfeld has been honoured as an officer of the Order of Canada as a result of his research on how people respond to extreme environments, which he has been working on for the past 55 years.

He has been particularly fascinated by the psychological effects that challenging and dangerous situations have on individuals, conducting research on a range of extreme environments. He initially conducted research on sensory deprivation, seeking to learn why people’s mental stability deteriorates in adverse environments and how to change that.

“Psychologists and all those other people overlook human adaptability, resilience, human strength, psychological stability. They tend to think we are more vulnerable and weak than we really are,” Suedfeld said.

“I did research with survivors of genocide ... most of them put together normal lives and live happily.”

Through his work, Suedfeld has been able to help convince people that research in the field of psychology can answer many important questions. He has also influenced other members of society to be more aware and appreciative of the fact that human beings are able to remain resilient in very negative situations, teaching them that trauma is not always inevitable.

The professor emeritus recalled experiencing simultaneous feelings of surprise and gratification upon finding out that he would be invested into the Order of Canada, recognizing that it is one of the highest honours in the country.

“It’s made me feel more secure that [the research] I was doing makes a difference,” Suedfeld said.

“I’ve been arguing for all these years that people are stronger than we think they are … I never really knew whether it was making an impact … this is recognized at such a high level ... makes me feel much more sure.”

Although the effects of extreme environments remain his primary focus in research, Suedfeld has also studied political leadership because of the fact that politicians are often responsible for making challenging decisions.

At present, he has been researching about how European leaders have responded to the ongoing migrant crisis. Suedfeld is also coediting a book on foreign policy under President Donald Trump in the United States and engaging in various studies on international politics with his students.

Suedfeld encourages other people to consider doing research of their own in topics they are passionate about, especially when they encounter a question that others have yet to answer.

In giving advice to future researchers in similar fields of study, he emphasizes that a career in research is very different from most conventional jobs.

“We have had thousands of years of human history, and there are still some questions to which we don’t know the answers ... cultivate that attitude that you are looking for new things, not little additions to what’s already known,” Suedfeld said.

“If you’re really a dedicated researcher, it consumes tremendous amounts of your time and energy but it’s worth it.”