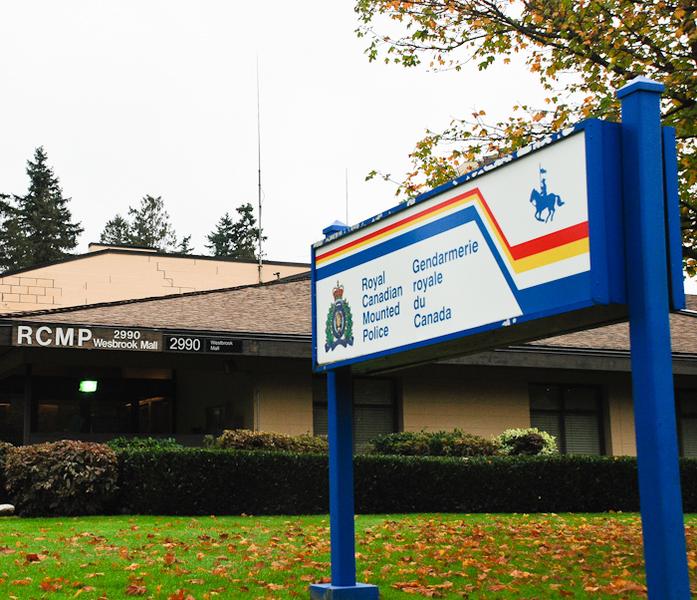 The RCMP is investigating a violent sexual assault which took place at around 10 p.m. on Friday night in the 3200 block of Wesbrook Mall in south Wesbrook Village.

A 20-year-old woman, walking alone, was grabbed from behind by a male described as being 5’10, mid- to late-twenties, darker skinned and with a slender build.

The man forced her to the ground and rubbed his midsection against her back in a sexual manner. The woman was able to fight him off — although she sustained minor bruising to the head as a result of a single open-handed blow from the suspect — and he ran off in an unknown direction.

“This incident may be related to a series of late night prowler events where a male of similar description has been observed in the female residences at Vanier and Place Totem,” the RCMP release reads. “Five events have been reported since March 23, 2016 where a male, described similar as above, has been observed lurking in female shower and residential rooms.

“In all of these incidences, no sexual offence was observed. Upon detection by residents, the male fled without further incidence.”

The university RCMP are working with Campus Security to investigate. The release ends with the university RCMP reminding everyone walking on campus at night to be “vigilant of their surroundings and potential vulnerability when alone.”