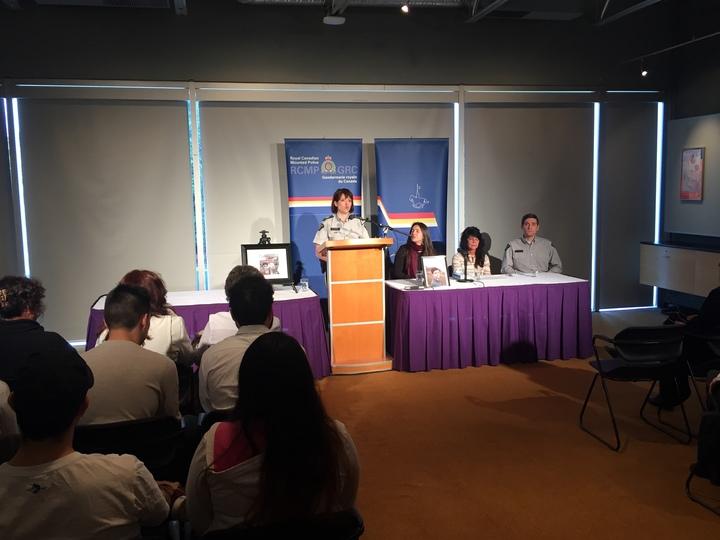 S/Sgt. Annie Linteau speaks at the RCMP press conference with Gonick's mother and her friend sitting beside. Samantha McCabe

At a 10 a.m. press conference this morning, UBC RCMP provided an update into the ongoing investigation of missing UBC student Louis Gonick. Gonick’s last known location was the Stanley Park causeway, where he was dropped off by a taxi at 7:32 p.m. on April 16 at an emergency pull-off.

The RCMP has searched areas including Stanley Park, the Lionsgate Bridge and the waters in the surrounding area. An extensive land and marine search has been conducted in partnership with departments including the Coast Guard, West Coast Marine Services, the Vancouver Police Marine Unit and Vancouver Port Authority.

According to UBC RCMP S/Sgt. Annie Linteau, there have been no signs of foul play thus far in the investigation, but they have not ruled the possibility out.

“We will continue to explore all avenues of investigation, including that Mr. Gonick may have chosen to disappear of his own accord or that he may have ended his own life,” said Linteau.

Gonick’s mother, Lupe Carrera, spoke through a translator, expressing her love for her son and her hope for his safe return.

“We urge anyone who may have information about my son’s disappearance to please call police,” said Carrera.

While there has been no activity thus far from Gonick’s phone or social media, the RCMP continues to monitor these accounts.

UBC students have organized several efforts to aid in finding Gonick, including a search party conducted in Stanley Park on Monday. According to the RCMP, while they may not be present at every event they are coordinating with several students close to these efforts to make sure that they are kept updated. 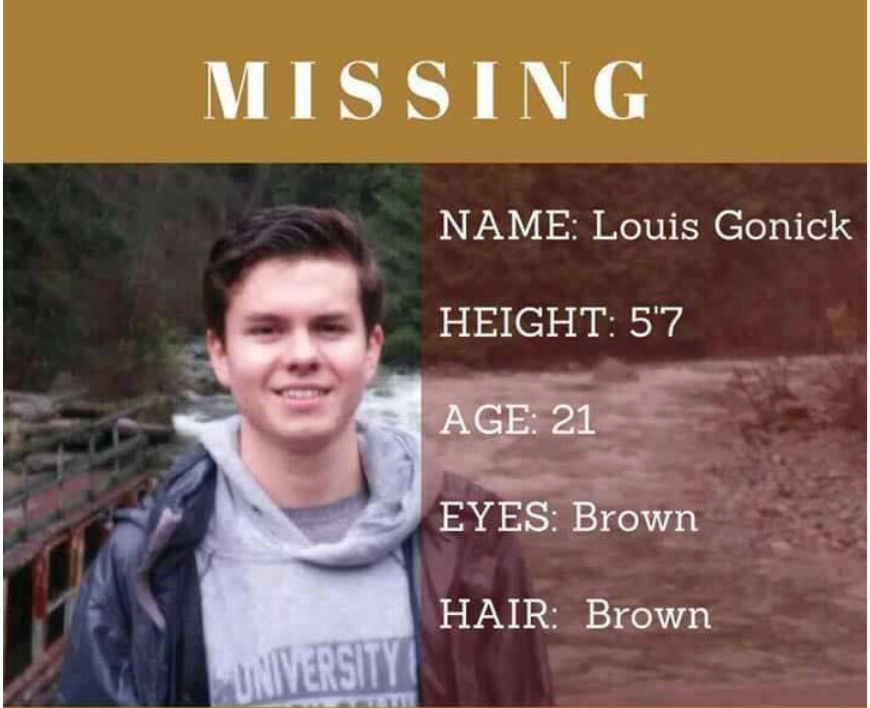