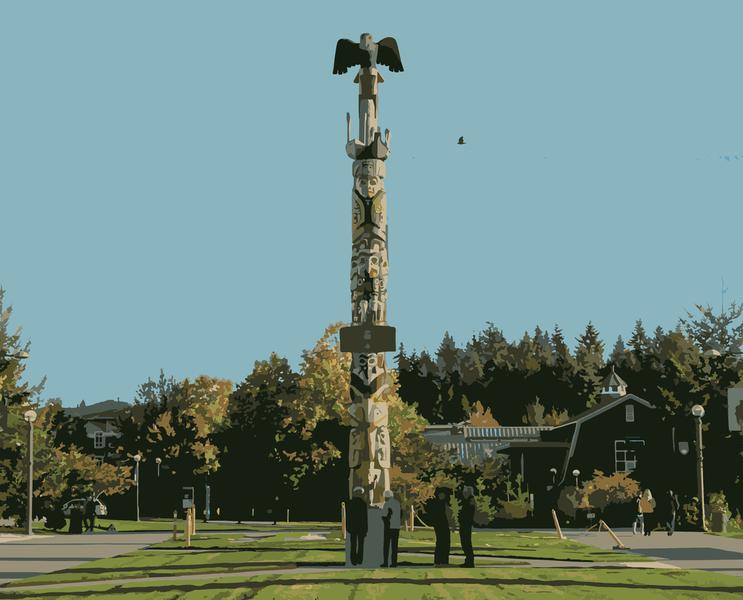 “[The seat] is in terms of words, very small, but in terms of impact very big.” Lua Presidio

This year’s AMS elections referendum will include a question to add an Indigenous seat to council.

AMS Council unanimously approved the referendum question on February 12, but this won’t be the first time the AMS has run a referendum on this proposed change. In 2005, the AMS ran a referendum, but it failed to meet quorum. At the time, they needed to meet a three-fourths majority to pass, rather than the two-thirds majority required today.

This new proposal has been an effort between the Indigenous committee and the AMS to develop representation that matches what Indigenous students want within student government.

AMS President Chris Hakim presented the bylaw change to Council a week ago on February 5.

“[The seat] is in terms of words, very small, but in terms of impact very big,” Hakim said.

He said the next steps are working with the Indigenous Committee to see what the process would look like if the referendum passes.

Verukah Poirier-Jewell, co-president of the Indigenous committee, said that since the committee’s formation last year, getting representation on council has been at the top of the agenda.

“Chris Hakim has been vital [in this process] but as he’s been important … the members of our community [have] been critical on our end in helping us shape and form what that seat would look like,” Poirier-Jewell said.

Chalaya Moonias, the vice-president of the Indigenous committee, stressed the importance of this change.

“Right now, we have a voice, but a voice only matters so much because how can you make change happen if you don’t have a vote in all of the decision-making processes?” Moonias said.

“I feel like the first step towards reconciliation is building a better relationship between Indigenous students and the AMS [...] is having a vote, actively participating in decision making.”

Poirier-Jewell explained the positive impact that this could have on Indigenous students.

“Sometimes navigating university as an Indigenous student is really difficult, very emotionally draining and to be able to see other students like ourselves in places of power is very hopeful for us,” she said.

“It’s very strengthening to see our people in those kind of places.”

In recent years, the conversation of an Indigenous seat on council has been spearheaded and revitalized by Rodney Little Mustache, a mature Gender Race Sexuality and Social Justice (GRSJ) student.

Little Mustache expressed disapproval over the need to run a referendum on this change.

“That shouldn’t go on a referendum,” Little Mustache said. “By [the AMS] putting it out to the electorate, again, it’s putting the onus on all the students. They’re not taking ownership of their mistakes. They should approve it right away without going through the students.”

Hakim clarified the addition of a seat requires a Bylaw change, something that can only be amended through a referendum.

Little Mustache also proposed that the AMS needs an elected Indigenous executive and that there should be more than one Indigenous seat on council.

“The Indigenous Committee and the AMS have been in discussions to create this seat on AMS Council because we see it is as the biggest priority to ensure that Indigenous peoples are represented at the highest level of the AMS,” Hakim wrote in a statement to The Ubyssey.

He added that they intend to run a ‘Yes’ campaign to encourage students to vote for this change.

Poirier-Jewell said she would be “disappointed” in the leaders of the AMS and the student body if it didn’t pass.

“But I’m hopeful. There’s no reason it shouldn’t pass,” she said.