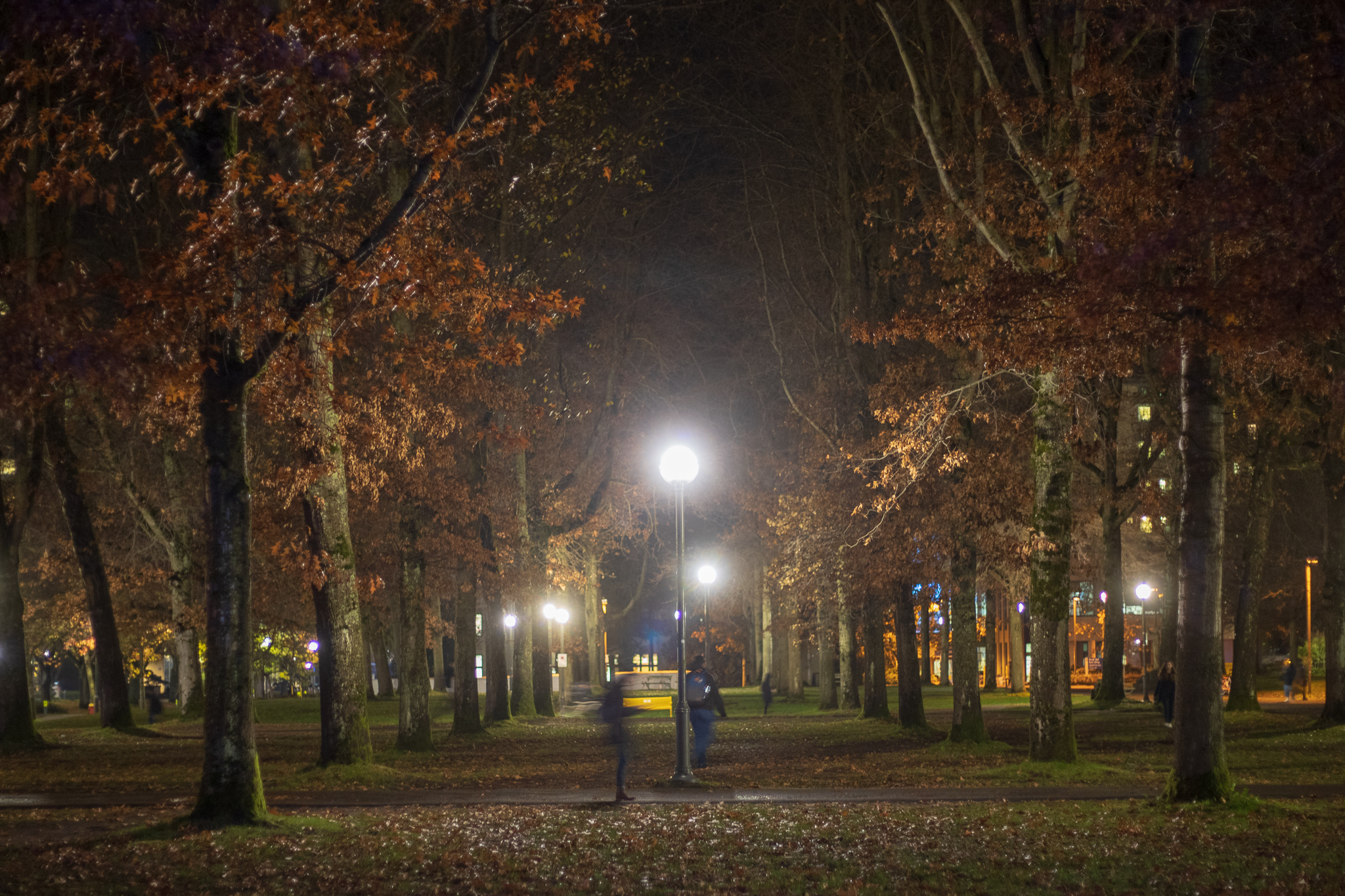 The Arts Undergraduate Society (AUS) and UBC have received complaints about the removal of trees at the chosen site of the upcoming Arts Student Centre (ASC).

The Arts Undergraduate Society (AUS) and UBC have received complaints about the removal of trees at the chosen site of the upcoming Arts Student Centre (ASC).

The ASC passed first-stage approval with the Board of Governors for its construction in the Bosque, which would require removing eight mature trees.

Seven sites were originally considered and eventually narrowed down to the Bosque and the Bike Kitchen portable’s former location near Brock Hall. The Brock Hall site was ultimately dropped.

Eric Jandciu, strategist at the Science Centre for Learning and Teaching, is concerned about the potential removal of trees. He posted on Reddit to raise awareness among students that he believes are not aware of the consequences of the building’s proposed location.

“It’s one of the few spaces right in the heart of campus where there is still a large chunk of green space,” he said, adding that compared to when he attended UBC in the early 2000’s, “there’s a lot of lawns, but not even as many of those as there used to be.”

After attending a spring Campus and Community Planning (C+CP) consultation, he learned at an October consultation that the Brock Hall site was no longer being considered. He believed that given the long-term nature of the project, C+CP would have known the site could be used for something else.

Gerry McGeough, director of planning and design at C+CP, said the site is being reserved for an “academic building,” but it’s currently undecided what building that will be or when construction would begin.

“It would be a building for learning and research. [We] don’t know what it is,” he said.

In 2010, the university envisioned constructing a pavilion in the Bosque. At the beginning of 2018, staff realized that the ASC could potentially fill this role and started the discussion with the AUS about siting the ASC in the area.

McGeough added that the Brock Hall site should be used for a building larger than the 11,000-square-foot ASC.

“As the campus grows and develops … there [are] fewer and fewer larger sites,” said McGeough. “We should … avoid under-building a particular site.”

“People think that there’s a lot of unused space on campus, but a lot of that space has already been part of UBC’s developmental plans and already been claimed for academic, housing and other projects,” said AUS VP Administration Jina Marwood.

She understands why some students are concerned about tree removal, but said the ASC would rebalance the Bosque’s ecology with features like a green roof as well as furniture built from the removed trees. She said the building would also strengthen the Arts community by providing a centralized hub for student events.

“The importance of the Arts students having their own space on campus outweighed the building relocation and the trees getting cut down,” she said. “Obviously, this wasn’t an easy decision.”

According to McGeough, C+CP plans to improve the Bosque’s ecology with “additional planting” during the construction of the ASC and the building of elevated “boardwalk-type” walkways “so that the roots and the understory [have a] much stronger chance of thriving.”

C+CP also hopes to plant eight replacement trees in the Library Gardens by Irving K. Barber Library, but Jandciu feels this is insufficient.

“I actually find it kind of insulting that they are equating chopping down eight 60-foot mature trees to planting eight new baby trees,” he said.

McGeough acknowledged that the amount of carbon absorption and benefit small trees provide is less than that of mature trees, but he stressed they are consulting an ecologist to minimize the project’s impact.

Jandciu said he hopes the AUS and C+CP can find another solution.

“I don’t think those two things are opposites. You can have an Arts Student Centre and keep the trees.”

This article has been updated to correct that the Bosque was proposed as a site for the ASC in 2018, not 2013.