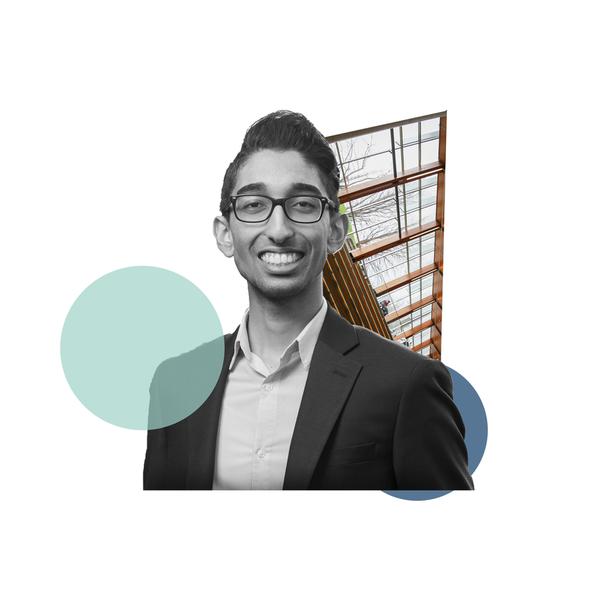 Saad Shoaib said he was ready to represent students as the next VP external. Alex Mey

Saad Shoaib has been elected AMS VP external in one of four uncontested AMS executive races.

Shoaib, the current associate VP external, ran on a platform of transparency and student affordability. In his campaign, he promised to lobby to cancel interest on federal student loans.

In an interview with The Ubyssey right after the results were announced, Shoaib pledged to “voice student concerns louder than ever” and start focusing on advocacy.

“I’d like to thank everyone on my campaign team, my friends, my family and all the students that believed [in] me and supported me.”