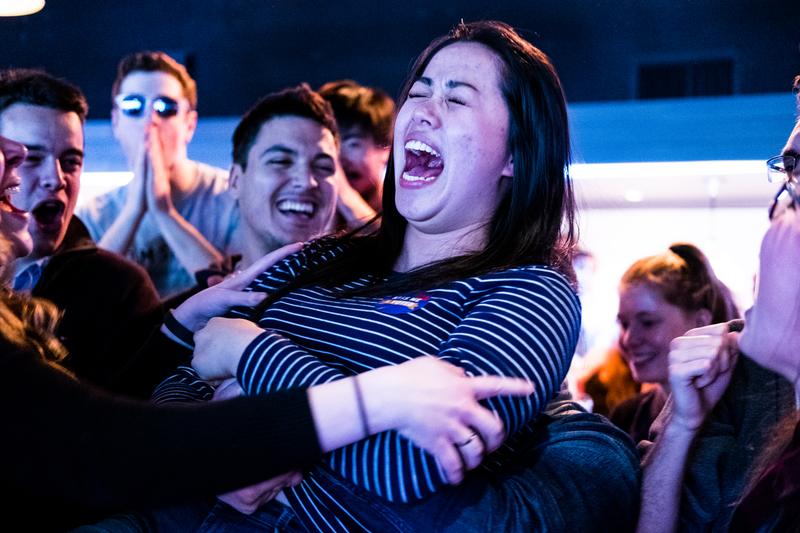 This evening at the Pit, it was announced that Sally Lin — one of two candidates for AMS VP External this year — has won the position against Dario Garousian.

“I feel super excited, super shaky, but overwhelmed in a good way,” said Lin. “[I'm] super thankful to everyone who has helped me out along the way. Thank you to my team for staying up and listening to me complain and freak out about the elections!”

Besides celebrating the victory this evening, Lin plans on “going to model parliament tonight. There’s going to be a couple of speakers there like Elizabeth May and Don Davie.”

“I might get a head start on lobbying,” she said.