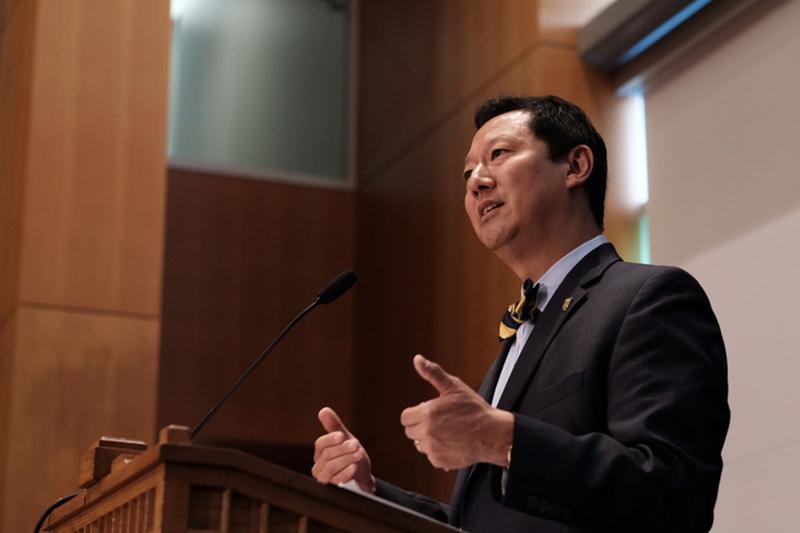 UBC President Santa Ono released a statement this evening that condemns US President Donald Trump’s recent executive order which prevents certain individuals from entering the US, and asserts that UBC stands in firm solidarity against it. Ono has also established a task force with the goal of determining what degree of assistance that the university can offer those affected by the ban.

The task force will have an initial budget of $250,000 and will be headed by Vice-Provost and Associate Vice-President International Pam Ratner, with representatives from both campuses also involved.

President Trump’s order bans the entry of any citizen from a list of seven predominantly Muslim countries — Iraq, Iran, Syria, Somalia, Sudan, Libya and Yemen — for 90 days, as well as refugees from other countries for 120 days and refugees from Syria for an undetermined amount of time.

“We are especially concerned about the effect of the executive order on some UBC students, faculty and staff, as well as other scholars in Canada, the US and around the world,” wrote Ono.

To those fleeing persecution, terror & war, Canadians will welcome you, regardless of your faith. Diversity is our strength #WelcomeToCanada

According to Ono’s statement, the new UBC task force will strive to work with the relevant bodies within the federal and provincial government. The exact steps it will take are not yet clear, but the statement assures that the task force will continue to keep the university community informed of the their actions.

Universities Canada has similarly spoken out — on behalf of all Canadian universities — against the ban.

“The new order is having an impact on Canadian campuses and communities that is real, immediate and profound,” reads the statement from Universities Canada. “The Association of Public and Land-grant Universities says the ‘ability of faculty to continue teaching or conducting research is uncertain’ because of the order.”

“UBC’s academic strength and stature depends upon the freedom of our faculty, staff and students to travel abroad for purposes of scholarship and study and upon our ability to welcome the most talented individuals from around the world to our campuses.”

UBC will work with British Columbia & Canada to reaffirm our steadfast support of the best & brightest, regardless of their national origin

Yesterday afternoon, UBC students joined a crowd outside Trump International Hotel & Tower in protest of the ban, voicing their concerns. Another protest is currently being organized by the UBC Social Justice Centre, to take place outside of the US consulate in Vancouver on February 11.

Over the course of modern history, one thing is clear: immigration enriches and builds nations bringing exceptional people into the country