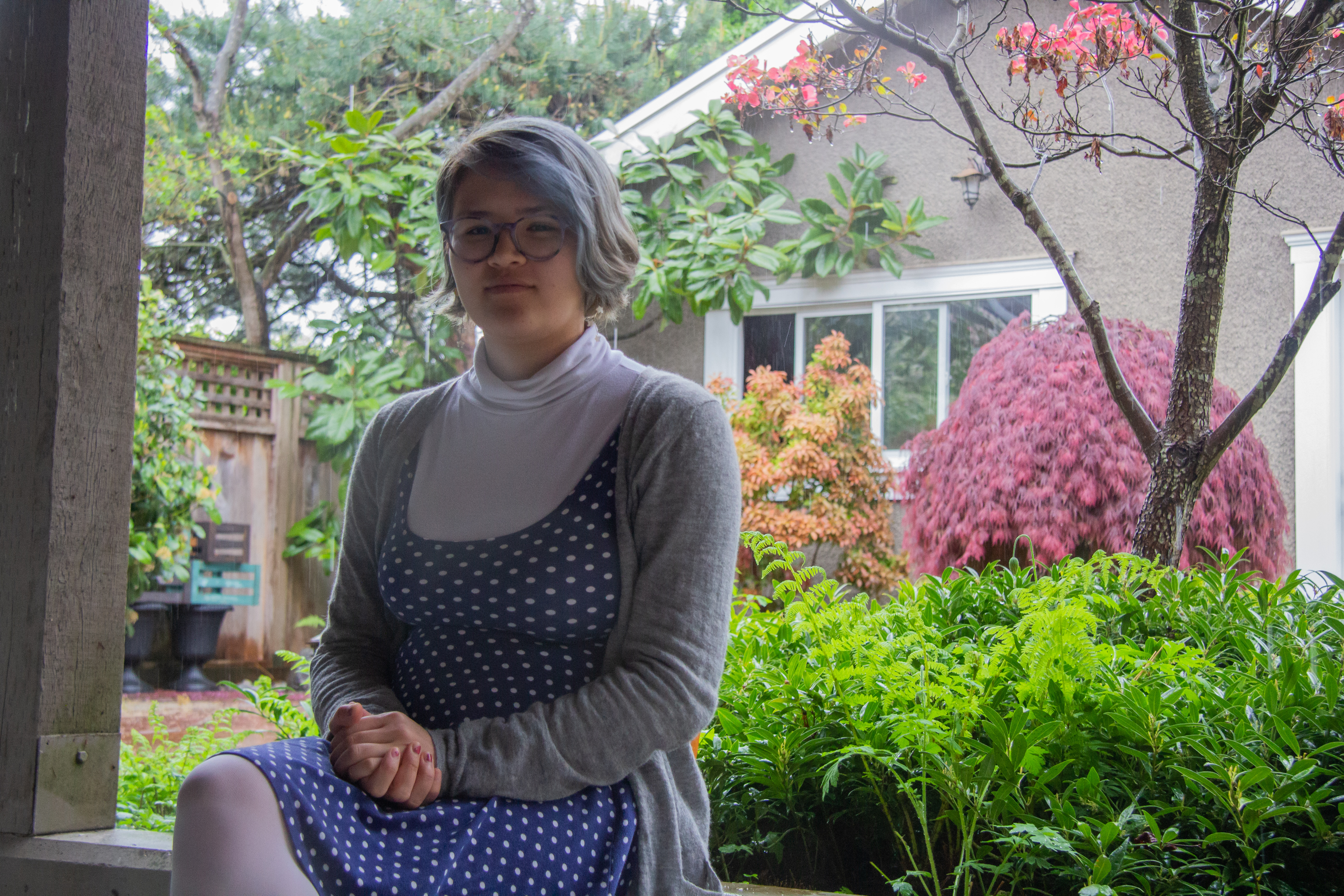 Carbone’s back is now permanently bent forward at a 20-degree angle. Andrew Ha

Sara Carbone’s Grouse snowboard trip was interrupted when she was crushed by a snowcat. Three spinal fractures and months of recovery later, she's grappling with the aftermath — and Grouse couldn't commit to changing its safety protocols.

Content warning: this article contains details of a traumatic injury that may be disturbing to some readers.

Second-year forestry student Sara Carbone went up to Grouse Mountain on February 19 for a day of snowboarding with her friends. Around 4 p.m., she exited the mountain’s chalet to meet two friends at the mountain’s peak.

On her way there, she went past a building with a large snowcat in front of it when she slipped on her snowboard and sat down for a moment to regain her balance.

“I was about to stand back up, but that’s when I realized there was something crushing me,” Carbone said in an interview with The Ubyssey.

The snowcat she passed had reversed into her and was running her over.

“I started screaming ‘Stop! Stop! Stop!’ and when I realized that no one could hear me or see me, I was like, ‘Wow, I’m going to die.’”

The vehicle moved off of her body and drove in the opposite direction — Carbone suspects the driver had no idea she was under its tracks. Ski patrol attendants rushed towards her and brought her to the emergency room, where she was diagnosed with three spinal compression fractures. Three of her vertebrae had collapsed.

As a result, Carbone’s back is now permanently bent forward at a 20-degree angle, although it could worsen slightly over time.

“It’s been really challenging to accept that,” she said. “And I don’t think I really have.”

Since the incident happened, Carbone has struggled to cope with the physical pain and emotional trauma of the injury. Although she and her family were in discussions after the incident with leadership from Grouse Mountain about possible compensation, Grouse stopped responding to their messages midway through March — around the same time the mountain paused operations due to the COVID-19 pandemic.

Over two months later, Carbone’s injury is starting to heal and the physical pain is beginning to subside. However, she still feels frustrated that Grouse has cut off communication with her.

‘I was still in shock’

Carbone has experienced frequent severe back pain ever since the incident happened — as a result, she has struggled to sit up for long periods of time. She described trying to paint a picture for a friend of hers who let her stay over at their house as a gift, but found that it hurt too much to do so.

“I couldn’t even sit at my desk to paint the whole thing without having to lay down,” she said. “That was just so frustrating.”

To manage the pain, she had to drop two of her five courses and go on leave from her job at the Gallery in the Nest, which has since closed due to the COVID-19 pandemic. She was able to drop the courses without getting Ws on her transcript, but was disappointed nonetheless.

Carbone, who pays international tuition, was also not able to get a refund for her dropped courses. She said it was “infuriating” to have to extend her degree by another semester.

The incident also took a sharp toll on her mental health. She initially felt depressed after it happened because she wasn’t able to go outside, but later on she began to experience anxiety and traumatic flashbacks.

“For quite a while there, I was still in shock,” she said. “In my mind, I felt like I was in danger, like I could die at any moment. Like I was still trapped under the snowcat.”

Carbone and her family have taken multiple financial hits due to the incident as well. Her parents arrived in Vancouver the day after the incident happened to take her on a planned vacation to Whistler — they took the vacation anyways, but had to extend their trip in order to take care of their daughter.

“It was a ruined vacation,” said Ellen Wu, Carbone’s mother. “The airline wouldn’t reimburse us for an injury. We had to buy a whole separate new ticket, extra hotel, extra rental car.”

Other costs that Carbone and her family have had to undertake include therapy sessions and private transportation costs, since taking the bus was too painful of an ordeal for her.

Reaching out to Grouse

While Carbone was in the emergency room on the day of the accident, she was visited by a duty manager at Grouse Mountain.

“He brought flowers and he was just helping me deal with the doctors and things like that,” she said.

At the hospital, Carbone said the duty manager told her that Grouse would re-train their vehicle operators, financially cover her mountain pass and listen to her suggestions for how they can make the mountain safer. 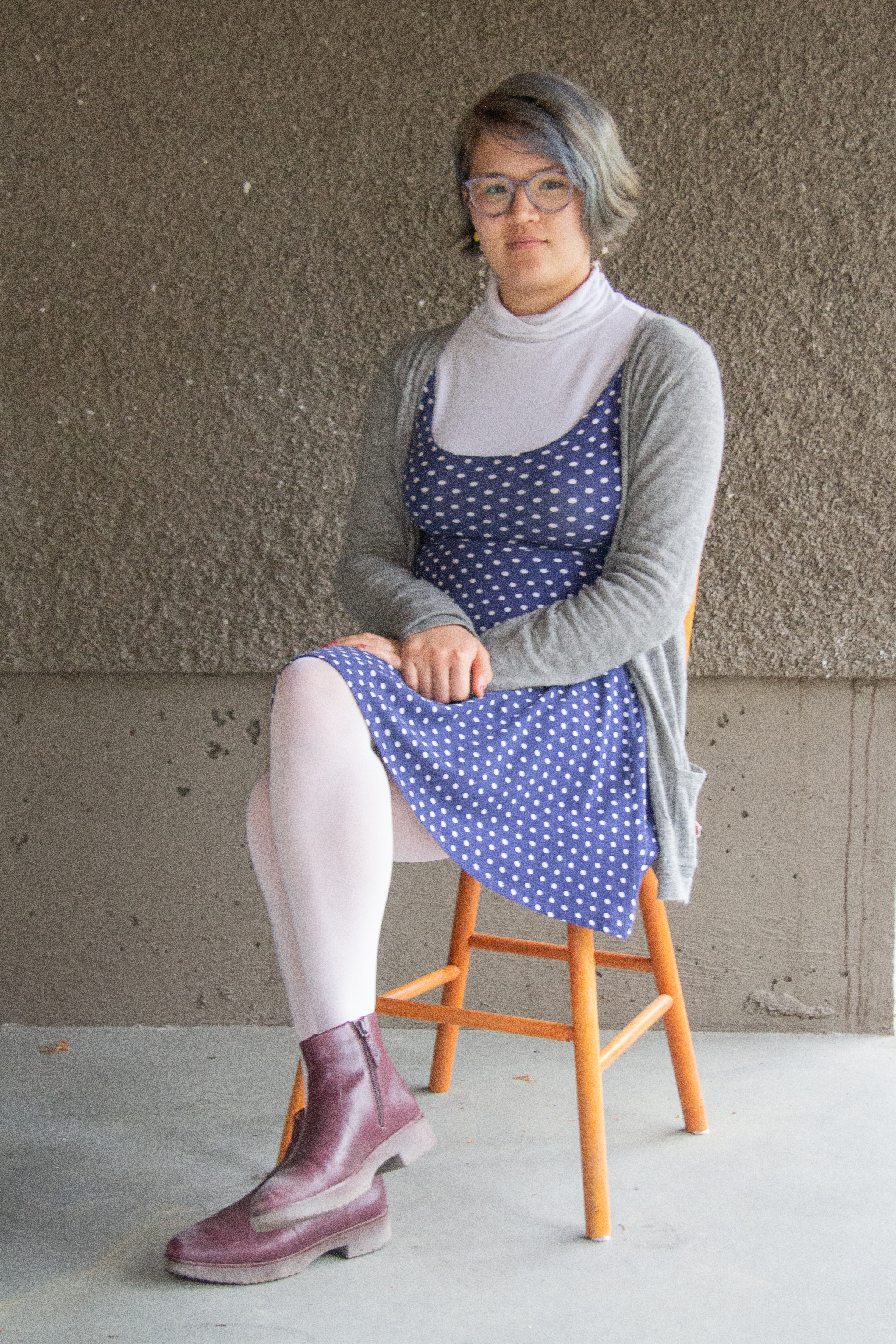 After the incident, Carbone has faced academic and financial repercussions. Andrew Ha

Two friends of Carbone who were in the emergency room with her that day — UBC students Dorian Issa and Bronte Chew — confirmed that the duty manager had made those statements. Chew also provided The Ubyssey with a picture of his business card, which she said he gave her at the hospital.

“He stayed for the whole time until she left the hospital,” said Chew. “It was helpful having him as an adult voice asking what can she do, what can’t she do [and] when can she be seen by the doctor.”

To date, Carbone has not received any compensation for her mountain pass, nor does she know if Grouse has made any changes to its safety standards of operation in response to the incident.

The duty manager did not respond to an interview request from The Ubyssey in time for publishing.

In the weeks after Carbone left the hospital, she and her family had been in contact with Grant Wahl, Grouse’s director of mountain operations, and Alithea Taylor, safety manager.

Emails obtained by The Ubyssey show that Wahl and Taylor had arranged a Skype conversation with Carbone and her family on March 11 to discuss the situation.

Carbone characterized the conversation as “inconclusive.”

“It was a little bit uncomfortable because, for a lot of the call, I was crying and spilling my heart out and being like, ‘I’m sad, you know, and I can’t do things,’” she said. “They would just be like, ‘I’m sorry you’re going through this.’”

Both Carbone and Wu said compensation was discussed during the call and that Carbone was asked how much money she wanted to receive. In response, she said she wasn’t sure and asked Grouse to come up with a figure of their own. They also talked about Grouse’s safety practices, which Wu said that Grouse couldn’t commit to changing — even after the severity of the incident.

“[Taylor said] something to the effect of, ‘We may or may not change them,’ and I’m thinking to myself, ‘Oh my God, you nearly killed somebody and you wouldn’t want to change your safety protocols? That seems really unacceptable.’”

Both Carbone and Wu claim that Wahl and Taylor said they would follow up with them later on — however, they never heard from Grouse again.

“I’m thinking to myself, ‘Oh my God, you nearly killed somebody and you wouldn’t want to change your safety protocols? That seems really unacceptable.’”

Messages obtained by The Ubyssey show that Carbone emailed Wahl on March 26 and texted him on April 1 to ask for updates on the situation. Both Carbone and Wu claim he never responded.

“I am disappointed in their lack of response and the lack of follow-up,” said Wu. “They said they would work with her. That is, to me, very disappointing.”

Grouse Mountain communications manager Julia Grant said in a March 17 email to The Ubyssey that due to the current suspension of operations at Grouse as a result of the COVID-19 epidemic — as well as “a number of things” the resort has been working through internally — she would not be available for an interview.

Multiple further requests for comment were met with no response until Grant reconfirmed on April 23 that “Grouse Mountain will not be providing a comment for this piece.”

‘I really could have died young’

Now, Carbone’s injury is less painful than it once was and her mental health is beginning to improve, even if the incident still disturbs her when she thinks about it.

“I’ve never really considered that dying young was a possibility, but now I’ve really seen that first hand it’s like, ‘Wow, I really could have died young,’” she said. “It could have happened.”

Moving forward, she’s most interested in seeing Grouse improve its safety practices to make sure what happened to her doesn’t happen to anyone else.

Ultimately, she hopes that the mountain takes action in response to what happened.

“I’m not really sure what’s happening at this point, but I just really hope they do the right thing.”